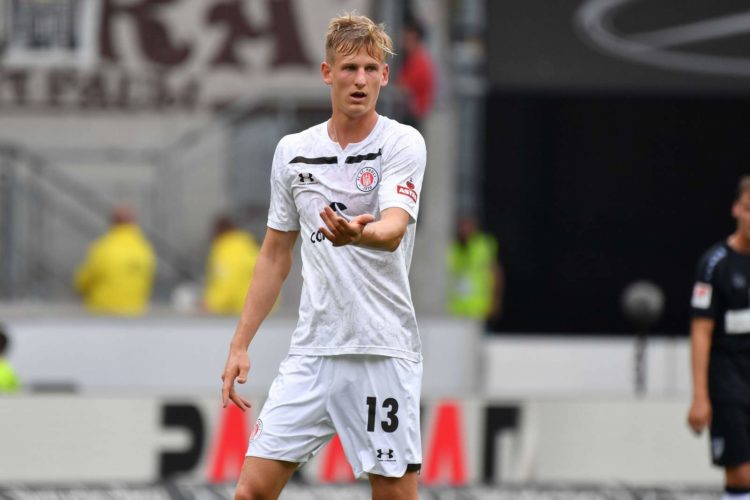 As the last of the three German professional league classes, the 2nd Bundesliga starts the new competitive year 2020 on Tuesday. During the 19th matchday, SpVgg Greuther Fürth and St. Pauli, among others, will face each other. According to the odds, the home side go into the game as a favorite, which also seems understandable considering the performances from the first half of the season.

While the Middle Franconia already had 25 points and thus ranked eighth in the table, the guests from Hamburg were only able to move away from the relegation places by winning the last two match days before Christmas. Nevertheless, the view of the Kiezkickers is further down because of only two points ahead of 16th.

In addition, the home balance of the “clover leaf” and the meager yield of the North Germans abroad for the Fürth vs. St. Pauli prediction to be taken into account. The game association won five of the previous eight matches in front of its own spectators and was particularly defensively stable.

The team of Jos Luhukay, however, is still waiting for the first three in the distance and is therefore one of the welcome guests in the German House of Commons. Even if it is logically difficult to estimate after a good five-week break, the tip for the home win is obvious between Fürth and St. Pauli.

At SpVgg Greuther Fürth, light and shadow were often very close together in the current season. The last two matches before the winter break symbolized this thesis. First the Middle Franconia won 5: 1 at Karlsruher SC, then a few days later in Aue they drew 1: 3.

With a little more consistency, the team of coach Stefan Leitl should even dream of promotion, because as eighth the gap to the second and third place is only six points. In order to actually knock again at the top, an increase is required, especially abroad.

At home, the green-whites are very busy this season. The “cloverleaf” has already won five of eight home games (one draw, two defeats). In addition, the good defensive conceded only eight goals in front of their own fans, which corresponds to one of the better values ​​in the league comparison.

This is one of the reasons why we think it is a good idea to play Fürth vs. St. Pauli to take advantage of the lucrative odds on home win. The memories of the first leg should also be positive, because on the second day the Leitl team won 3-1 in Hamburg. For the game association it was the second success against St. Pauli in a row. Will the third follow on Tuesday evening?

Personally, the host looks very good. With the exception of the injured central defender Mergim Mavraj, all players are available. The offensive in particular definitely has a lot to offer with sonorous names like Havard Nielsen, Daniel Keita-Ruel, Branimir Hrgota or Julian Green. We are convinced that the expert will start the new year 2020 with a win. 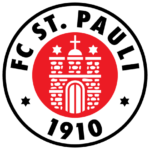 Had it not been for the last two games before the winter break, the tree in Hamburg would probably have caught fire over Christmas. Jos Luhukay should have feared for his job and the cult club of the Reeperbahn for the future in the 2nd Bundesliga.

True to Lothar Matthäus’ old saying, ‘Would be, there would be a bicycle chain’, the subjunctive remained, because the Paulians got the maximum yield of six points from the two games mentioned and ended thanks to the successes against leaders Bielefeld (3-0) and Wiesbaden (3: 1) the overall weak first half of the season with two positive experiences.

Instead of hibernating with 15 points on the penultimate place, the North Germans jumped to eleventh and could at least enjoy the Christian festival of charity. The bottom line is that it might not have been bad for the development of the former Bundesliga team if the big “thunderstorm” had happened during the winter break.

The fact is that Pauli plays far below her own possibilities and a clear handwriting under the Dutch veteran on the coaching bench was only rarely recognizable. In addition, Luhukay did not manage to get the weakness under control throughout the first half of the season.

As one of two teams in the 2nd Bundesliga, the Hamburgers are still waiting for the first three abroad. Four draws face four bankruptcies. In addition, the offensive only managed a meager eight fools. The most recent three guest appearances before the winter break were all lost, which is why our Fürth vs. St. Pauli’s tip is definitely based on true facts and figures.

It should also be noted that the football teacher who has already been counted on the coaching bench of the cult club cannot draw on the full. Avevor, Conteh, Diarra and Lawrence are four potential regular players. Nevertheless, those responsible decided not to upgrade, but to trust the existing player material.

FC St. Pauli has lost in its second division history against no team more often than against the game association from Fürth. In 31 attempts, the Hamburg team was 13 times shorter and only celebrated eight successes (ten draws). In addition, the Kiezkicker already conceded a whopping 52 goals against the upcoming opponent and thus also as many as against no other.

The first leg of the current season ended, as mentioned, with 3: 1 for the green-whites, who had the match winner in their ranks in double scorer Daniel Keita-Ruel. For the 20th time in a row, this duel in the second division at Ronhof did not end with a division of points.

The next few weeks will decide for SpVgg Greuther Fürth and FC St. Pauli where the journey will go. The “cloverleaf” currently ranks in the upper half of the table (8th) and even has the promotion places in its sights with only six points behind. In order to stay on top, work has to be done on constancy and away form.

If you take home games alone as a benchmark, then Coach Leitl’s team can do a lot. After all, five of the eight games were victorious in front of their own fans. Hardly any other second division team has a better win rate in front of their home crowd. Not least because of this, the betting odds on home victory between Fürth and St. Pauli promise passable value.

Another positive aspect from the host’s point of view is that Pauli has not yet won a guest appearance in the current season and that since 2000 none of the 20 direct duels at the Ronhof have ended in a draw. Hamburg are one of the weakest visiting teams in the league and will struggle even with self-confident Middle Franconia on Tuesday evening.

We therefore decide between Fürth and St. Pauli for the tip that the “cloverleaf” leaves the field as the winner. Alternatively, a promising value can also be found in the bet on a “zero success” of the favorite.