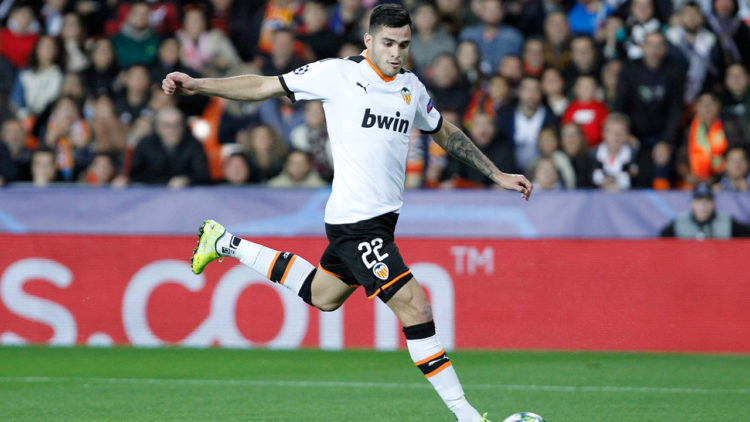 Nobody would have expected a knockout round from the third division from León in the run-up to the latest cup round. “La Cultu” caused a big surprise and eliminated Atletico Madrid from the Copa del Rey. Only one week after the big sensation, the round of 16 is now at the Copa.

The surprise team welcomes the bats from Valencia in front of their home backdrop. The bookmakers see Leonesa against Valencia again as outsiders according to odds. For a quarter-finals move of the third division, quotes above the 4.00 mark.

Due to the difference in quality between the two cadres, this is hardly surprising. Leonesa delivered an unbelievable cup fight against Atletico Madrid, but also largely benefited from the poor exploitation of opportunities by the “Rojiblancos”. The performance of the third division club should not be reduced.

In the cup game between Leonesa vs Valencia, we would still tend to prediction the guests, even if the bats’ away win will be highly competitive.

Before the cup game against Atletico Madrid, “La Cultu” was eight unbeaten games in a row. The great self-confidence from the strong series was also taken into the sixteenth final against the “Rojiblancos” from Madrid. After a real fight, Leonesa went into extra time with a late equalizer from Castaneda.

Atletico Madrid increased the pressure, but could not get past the outstanding goalkeeper and therefore had to sail. After nine games in a row without defeat across all competitions, Leonesa went bust for the first time last weekend.

The second in the table from Segunda Division B (Group 2) conceded an away defeat against the reserve team of Bilbao. The league leader UD Logrones did not punish the loss of points. Meanwhile, four points separate Leonesa from the top position and thus direct participation in the promotion playoffs.

In the cup game, Leonesa will build on home strength and do everything possible to eliminate the next top team from the Spanish Cup. Since the home defeat against FC Barcelona in the sixteenth final of the 2018/19 Copa del Rey, Leonesa has not lost a single home game across all competitions. There are now 27 home games in a row without defeat.

On Wednesday evening, coach José Manuel Aira will have no losses. If the third division moves into the Copa del Rey semi-finals with a home win, odds of 7.00 for tip 1 can be tapped at Leonesa against Valencia.

Maxi Gomez missed a hat trick last Saturday. But that was also the only negative news at the weekend. The bats prevailed in the top game against FC Barcelona and thus maintain the strong home record in La Liga. The current table constellation in Spain’s top division shows just how important the three points were.

Valencia only separate two points from the starting places for the premier class. It is therefore all the more important to continue the home win against FC Barcelona and to increase the pressure on the competition with a winning streak. Before that, however, the bats from the Spanish port city will have to overcome the cup hurdle on Wednesday evening.

Last week, Valencia eliminated the leaders of Segunda Division B (Group 2) in the sixteenth final of the Copa del Rey UD Logrones. In the round of 16, the “Los Ches” now meet in second place in the same league. When playing against Logrones, an early attack by Maxi Gomez was enough to take control of the game in the cup game.

In the round of 16 in León, the bats could now expect the next close match. Due to the weak away record of the “Los Ches” a shooting festival with the third division club is rather impossible. Coach Albert Celades is expected to forego rotation, although the bats are already playing their third competitive game within seven days. Cheryshev, Vallejo, Guedes and Piccini have to take a break due to injury.

After the outstanding heroic deeds by goalkeeper Lucas Giffard, the third division side recently made it through the last sixteen through Atletico Madrid. Leonesa wants to create the next sensation in the Copa del Rey and is building on home strength. In front of their home backdrop, the third division club presented themselves in a captivating condition for all seasons. Across all competitions, “La Cultu” has been unbeaten for 27 home games in a row.

♦️ Leonesa eliminated Atletico Madrid in the previous cup round.
♦️ Valencia last prevailed against Logrones (first in the league of Leonesa) in the cup.
♦️ Leonesa has not lost in a season since 27 home games in a row.

To master the home game against the favorites, another cup fight over 90 minutes is required. As with the cup game against Atletico Madrid, Leonesa is likely to lurk on counterattacks and focus on defensive stability. We therefore expect a close cup game and assume a few goals at the Estadio Reino de León.

At Leonesa vs Valencia we would risk a tip on lucrative betting odds on “HT / FT: X / 2”. We risk using three units for this.