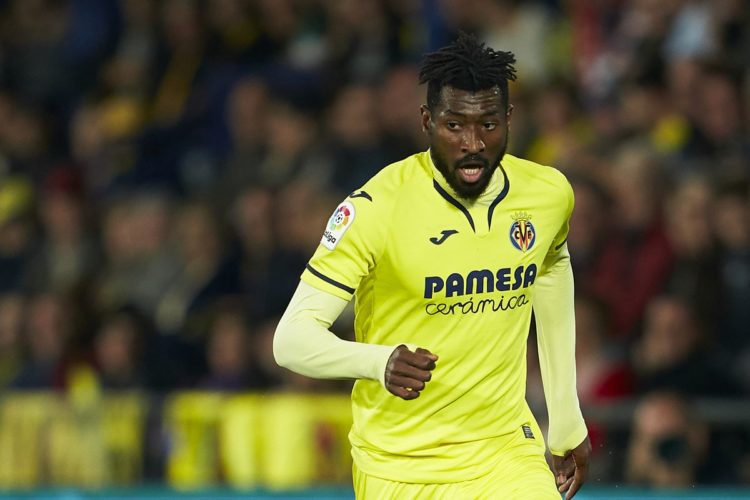 Only eight teams are still represented at the 116th edition of the Spanish Copa del Rey. This season, the promoted team was no longer determined in the first and second leg, but only in a knockout duel. Only in the semifinals will the two finalists be determined again in two games.

The innovation should make surprises more likely. However, there is only a second division in the top eight. In the quarterfinals there is a duel between Mirandes and Villarreal.

Revenge is announced and the semi-final for the Calleja elf is within reach. For a guest victory in the regular season, odds between Mirandes and Villarreal are offered at around 2.00.

The club from the province of Burgos (just under 35,000 inhabitants) was already represented in the second division between 2012 and 2017. After relegation, he returned to the second professional league last season. Under neo coach Andoni Iraola (long-time goalkeeper at Athletic Bilbao), Mirandes is playing a splendid season.

In La Liga 2, the club is currently in eleventh place in the table. In addition, the league returnee still has a catch-up game in hand. Should this be victorious, Mirandes could climb up to sixth in the table. This would be tantamount to a starting place for the play-off games for the new promotion.

Mirandes has been presenting itself in an enviable form for several weeks now. The last competitive loss was on December 7th (1-3 against Almeria). Since this defeat, the Iraola team have played ten games in which there was no further defeat.

So far, Mirandes has shown good nerves in the Spanish King’s Cup, as the second division team won in extra time in the first three appearances (Coruxo, Murcia and Celta Vigo).

The hussar piece was undoubtedly the success against Seville. The Brazilian center forward Aias became a match winner with his double pack. Seville was caught off guard right at the start and did not really find its way into the game.

The underdog should not be underestimated, especially since Mirandes lost only one home game in the league (5-7-1 record). Between Mirandes and Villarreal, 1X odds around 1.80 are offered for the prediction of the double chance.

It will be a special game for left-back Enric Franquesa. The 22-year-old belongs to Villarreal and normally plays there in the B team, but was awarded to the Iraola team this season.

The yellow submarine impressively underlines the ambitions these days and weeks. On and off the square, there is currently no doubt as to where the journey should go. The return to Europe is targeted. For this, record newcomer Paco Alcacer achieved an absolute top transfer.

The former BVB player was in the regular formation last weekend, ensured the 1-0 lead and also took a penalty. Finally, the Calleja team celebrated a deserved 3-1 home win over Osasuna.

With currently 34 points from 22 league games, the team ranks seventh. Depending on the outcome of the Copa del Rey, this place would mean a ticket for the Europa League. However, even dreaming of “more” is allowed, because Champions League place four is only five points away. In the last six league games, the yellow submarine collected 15 out of 18 possible points. Another proof of the strong form.

Javier Calleja will certainly rotate a bit with the second division. But this does not necessarily have to be a disadvantage. In the 3-1 win against Osasuna, for example, Samuel Chukwueze, Andre Zambo Anguissa, Carlos Bacca or Javier Ontiveros were only found on the bench. In terms of quality, we have no doubt that Villarreal will definitely have advantages in this cup fight.

Even if the pressure in this game is on the shoulders of the guests, Los Mirandes is certainly not a horror for the yellow submarine. The semi-final of the cup is within your grasp and we are quite surprised that the bookmakers between Mirandes and Villarreal offer such high odds for the form-fitting LaLiga club. In some cases, the double stakes even tempt – an extremely positive risk-reward ratio cannot be dismissed out of hand.

This duel also took place in the Spanish Royal Cup a few years ago. At that time, the promoters were still determined in the first and second leg; this made surprises relatively rare. But in the 2011/12 season, the underdog won in the return game with a total score of 3: 1.

A year later, the teams faced each other in LaLiga2. The yellow submarine was convincing and celebrated two clear victories. In both successes, the tip on Villarreal’s handicap win was the right decision.

The Copa del Rey semi-finals will be back and forth. In the quarter-finals, the knockout game is decided at the first duel. Basically, this mode ensures that the underdog can surprise with a heroic combat performance.

The guests will not underestimate the second division side after Mirandes eliminated Celta Vigo and Sevilla, two LaLiga clubs. Nevertheless, between Mirandes and Villarreal we see good chances for the prognosis for the guests.

The surprisingly strong rising star is surely bursting with confidence these days. The Iraola-Elf has more than exceeded expectations and can play freely. However, the “surprise effect” has now evaporated and we see no signs of another sensation against the form-fitting yellow submarine from Villarreal.

We would have expected a maximum of 1.60-1.70 on the guests, so for us between Mirandes and Villarreal the tip on the betting odds of the LaLiga club is obvious. Due to the large value that we see in the odds, we also make an optimistic bet of seven units.