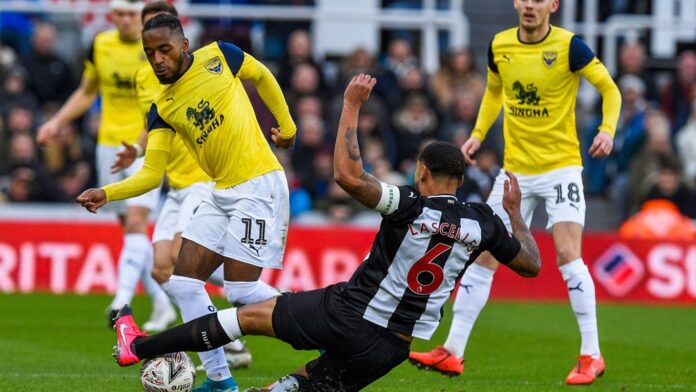 The English Football Association has to put up with some criticism this week. The clubs were granted a – split – two-week winter break, in which it was even advised not to play friendly games.

However, the tight schedule ensures that the repeat games of the fourth FA Cup main round are scheduled for this break. A total of six games are on the program – one game of which is the duel between Oxford and Newcastle.

The favorite from the north of England missed the decision in the first duel with the third division side in front of their home crowd and must now be detained. The winner of this knockout game will meet championship representative West Bromwich Albion in early March.

If there is again no winner after 90 minutes this time, the game goes into extra time and a penalty shootout is due. According to current odds, bookmakers between Oxford and Newcastle see the guests as clearly at an advantage.

At Oxford, you don’t necessarily think directly of the football team, but of the world-famous and renowned university. The football club from the student stronghold has experienced many ups and downs in recent years.

The League Cup winner from 1986 was handed over and even had to start in the Conference National League in 2005/06. Oxford had disappeared from the professional stage.

After a new takeover of a businessman, things slowly started to pick up again and the return to League Two was fixed in 2009/10. In the sixth year in the fourth grade, they were promoted to League One. In the meantime, head coach Karl Robinson’s team has been playing in the third division for three and a half years and is currently entitled to hope for a return to the championship.

After 27 match days, the team ranked eighth and is just three points behind play-off starting position six. A trend-setting spring 2020 is yet to come for the third division club.

However, “The U’s” – the team’s nickname – was not in top form recently. The 2-1 win over FC Blackpool last weekend was the first league win after three games without a win. Middlesbrough loan Marcus Browne became a match winner with a double pack.

Hope gives the underdog the strong home record. In the championship there were eight wins, three draws and only two losses in front of their own fans. Nevertheless, between Oxford and Newcastle we rate the tip on the home side as too risky. The big star, Liverpool loan Ben Woodburn, is out due to a broken foot.

Head coach Steve Bruce’s Magpies are currently in the middle of the table. However, in spring it is by no means about the often quoted “golden pineapple”, because both the gap to the international starting places and the lead over the first relegation place is manageable. However, twelfth place after 25 of 38 match days is quite satisfactory.

However, the performances of the Magpies are not very crowded. In December, just under 42,000 spectators were counted in the 52,000-seat St. James Park against Southampton FC. The worst value in nine years.

The club then went an unusual way and offered each season ticket holder an additional, free ticket for the second half of the season. Owner Mike Ashley tries to appease the fans. Newcastle has been hoping for a sale for years to get out of Ashley’s clutches.

In terms of sport, the club could have bigger ambitions again. The state fund from Saudi Arabia is said to be interested in a takeover. Although there are doubts about human rights on the part of Amnesty International, fans hope for new owners from the Middle East. But Ashley has offered the club several times, but never made a sale.

Newcastle is currently quite successful on the green lawn. Since the home loss to Leicester (0-3) on January 1, the Magpies have been unbeaten. The big problems in the offensive game are always clear.

With just 24 goals scored, Newcastle United has the second weakest offensive in the league. Only the penultimate table Watford (23) and Crystal Palace (22) scored fewer goals. Oxford will undoubtedly only take a limited risk and therefore the prediction under 2.5 between Oxford and Newcastle appears to be extremely promising.

Already in the 2016/17 season, the two teams faced each other in the round of the last 32 of the FA Cup. At that time, the Magpies failed sensationally due to the blatant underdog and had to admit defeat 0: 3 in Kassam Stadium. This time the Premier League club had home rights but could not take advantage of the goalless draw and the game ended goalless.

The fact that these two teams face each other again in a replay can certainly be described as a surprise. Despite a nominally strong team in front of their home crowd, Newcastle missed the decision against the third division club and now has to be detained.

The problems on the offensive became clear once again and despite great superiority, the favorite missed the winning goal. Nevertheless, according to current odds, the bookmakers also see the Premier League club as having an advantage in the return game between Oxford and Newcastle.

♦️ After three league games without a win, Oxford ended the mini losing streak against Blackpool
♦️ There were no goals in the first duel
♦️ 24 goals in 25 games – third weakest offensive in the league

The difference in quality between the two teams cannot be dismissed out of hand. The goalless draw in the first leg definitely fell under the category “happy”. Although Oxford brought the Magpies to their knees three years ago in front of their own audience, we see good chances on Tuesday evening between Oxford and Newcastle when tapping on the guests. We would not have expected odds of over 2.00 here and are playing this bet with a stake of five units. 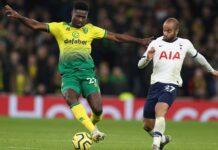 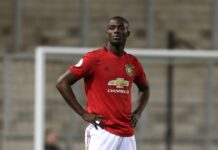 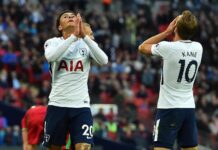