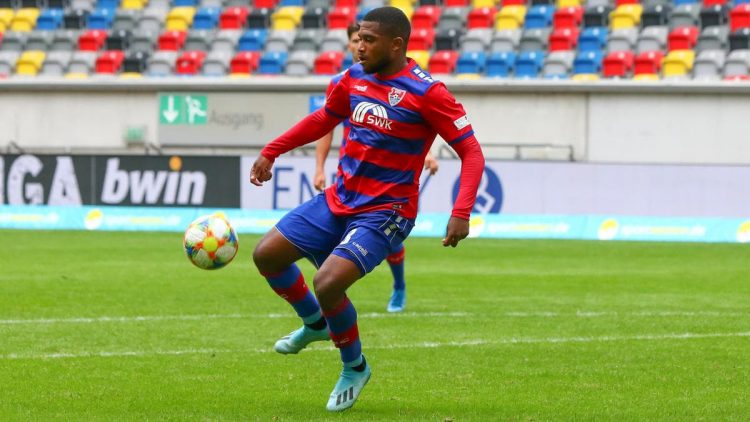 Can the SVW return the favor for the 2018 playoffs? Let’s find out together in our betting tip!

We write May 24, 2018. For the 23rd time in their stories and for the first time in 21 years, KFC Uerdingen and Waldhof Mannheim face each other. Both qualified after strong season in the Viertklassigkeit for the playoffs to the 3rd league.

The scene of the event is the Schauinsland Arena in Duisburg. The Krefeld win 1-0 and then go three days later in the return leg to Mannheim, which was known to have been stopped because of massive Fanausschreitungen. The leading KFC rose at the Green Table and the square towners were even with a point deduction in the following season, but ultimately managed in Nachfassen then a year later the rise.

Now both teams face each other again for the first time since these intense duels – albeit this time in the Merkur Spiel Arena in Dusseldorf.
There are between Uerdingen and Mannheim, according to odds of bookmakers no real favorites in this game. Thus, the bookies rate the chances of the two counterparties as quite equal and expect an open outcome.

On the one hand speaks for the KFC, the fundamentally strong squad, but let the sustainable success so far missed. On the other hand speaks for the climber the fact that he was so far very difficult to beat. At Uerdingen against Mannheim, the prediction is quite influenced by the fact that Waldhof had to endure the season-first defeat in league play after 29 unbeaten games last weekend.

A defeat, which, however, has not triggered a crisis, while the Krefeld as a promotion favorite of these days are quite under pressure. Thus, we recommend Uerdingen vs. Mannheim the tip on the away win, which, however, should necessarily be hedged with the addition “Draw No Bet”. After all, the draw threat is anything but small that could tip that bet.

The fact that Heiko Vogel, who took over the coaching post at the Krefeldern only on 1 May 2019, is still in office, is already downright startling. Much patience brought President and major investor Mikhail Ponomarev, who would like to bring the club back in the 2nd Bundesliga, so far not with.

Last season there were always quibbles. Alone between the expulsion of promotion coach Stefan Krämer on January 28, 2019 and the installation of Heiko Vogel on May 1, 2019 sat with Stefan Reisinger, Norbert Meier and Frank Heinemann unbelievable three more coaches on the Bank of the Krefelder, which resembled more an ejection seat.

That Heiko Vogel as the sixth coach in the last two years, despite the meager yield of nine points from eight games is still in office, can therefore be regarded as a small miracle.

“I am emotionally unencumbered. […] One should not be euphoric through victories and demoralized by defeat. It is important that we go our way, do our thing. ” – Heiko Vogel at the WZ

It may also be due to the calm and relaxed manner of the man who was born in Bad Dürkheim, not far from Mannheim. His advantage for this special third division match: He is emotionally not burdened by the events in the mentioned playoffs, which can not be said by many other players. Players like Ali Ibrahimaj even have a SVW past.

What makes the odds so open at Uerdingen against Mannheim, is the fact that the Krefeld enjoy even this season, no real home advantage. The KFC was not warm last season with the Schauinsland Arena in Duisburg, so the Merkur Spiel Arena in Dusseldorf has not yet become the desired cauldron. This is also reflected in the results.

Only on the first match day, the former Bundesliga club won at home against Hallescher FC, then brought in three other home game only a single point. Last there were two Heimpleiten in a row. After all: In the recent 2-1 victory in Zwickau, the club got the turn after six winless games in series finally back. Exactly this momentum, it is now to transport this particular third division match.

For 29 league games, the SV Waldhof Mannheim remained seasonally without a single defeat. Last time, the audience had to watch a home defeat in October 2018 in league play. The fact that this series would hold even over the first seven game days after returning to professional football, had certainly held the least possible.

But the bigger the euphoria of the newcomer, which – this shows a look into the past – is a burden, especially at home. In a sold-out home, the Buwe gambled away the first of their three promotion opportunities against Sportfreunde Lotte in 2016, although they went into this game as a big-time favorite. The then captain Hanno Ballitsch said later that the scenery and expectations may have paralyzed many players.

“Maybe it’s good that the series is broken. Now it’s not talked about all the time and we can focus on football. ” – Bernhard Trares on the PK after the first defeat of the season

In this context, Bernhard Trares draws the positive from the worst performance of the season so far against the Würzburger Kickers: The series can be ticked off and normality can come back in the newly promoted. In a performance-wise very tight third division just normal defeats. What the coach probably did not consider: reduced to away games, the series of the Buwe is still very well – and there it is even much longer.

Throughout the ascent season, the Waldhöfer did not lose a single game in the distance. The last Ligapleite goes back to the 36th Round of the season 2016/17. For a total of 22 league games have not lost the square townspeople so not a single away game. Last season, they even won 47 of 51 possible points as a visiting team. This also confirms the tendency to play at Uerdingen against Waldhof the tip on the away win.

But: Since the ascent, the injury pitch persists stubbornly in the Palatinate. The SVW was already with injured players such as Mohamed Gouaida, Mounir Bouziane and Raffael Korte in the season, so it has recently caught with goalkeeper Markus Scholz and Goalgetter Valmir Sulejmani two of the most important players who will miss the climber for months.

In addition, Gianluca Korte was injured most recently in two games in a row, while Sulejmani substitute Kevin Koffi – last season’s top scorer in the regional league – is still waiting for his first league goal. The potential for the knot to finally burst is there, but the risk of the newcomer breaking in should not be underestimated.

After all, despite weak performance in the game and Fehlpass Festival against the FWK were the chances for the 2-2 draw at the end and the Buwe had ultimately even quarrel with the referee. On a bad day so not completely under the wheels, says something about the quality, the SVW undoubtedly brings.

Best scorers in the league:
Valmir Sulejmani and Gianluca Korte (4 goals each)
Dorian Diring and Marcel Seegert (2 goals each)

There have been a total of 24 clashes between KFC Uerdingen and SV Waldhof Mannheim so far and with nine games won, the Krefeld lead the resulting “head to head” balance. In eight draws bring the Buwe it only on seven wins, but have been able to win away at the KFC, among other things already on Bundesliga level.

Most recently, both teams faced each other in the playoffs, as Uerdingen after a 1-0 win in the first leg away was officially awarded at the Green Table, the 2-0 victory. The game was known to be canceled at the score of 2: 1 for the Krefeld because of massive Fanausschreitungen.

At Uerdingen against Mannheim, the prediction is actually influenced by the mentioned games of relegation, which might still be in the minds of many participants of both camps. That’s how Bernhard Trares was even then the SVW coach.

It is clear: The Waldhof still has an account with the Krefeldern open and will certainly go with plenty of additional motivation in this game, which could ultimately be the tip of the Libra. In addition, there is the away series of the Buwe, who have not lost since 22 away games in league play.

In sum, this speaks in our eyes for playing at Uerdingen against Mannheim the tip on an away game. Only the injury worries around the Goalgetter Valmir Sulejmani make sure that the square town dwellers are missing a clippers. Koffi could fulfill this role sooner or later, but finally needs the goal, so that the self-confidence comes.

Accordingly, a draw is by no means excluded, which is why tip 2 should be backed up with the addition “Draw No Bet”. For this Uerdingen against Mannheim odds of up to 1.87 are available, which we play with six units.