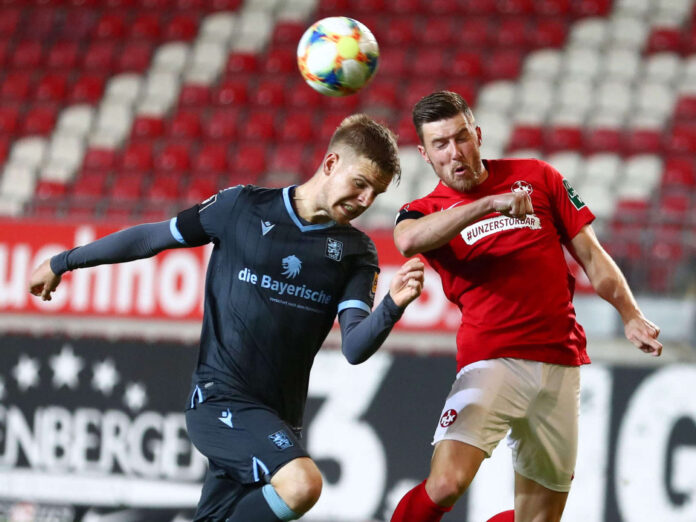 Four games have been played in the 3rd division since the re-start and that it is now finally in the hot phase can be seen not least from the two coaching changes made this week. Both Hallesche FC, who landed a 3-0 win over Waldhof Mannheim after the separation from Ismail Atalan under Florian Schnorrenberg, as well as 1. FC Magdeburg, who wants to find Thomas Hoßmang instead of Claus-Dieter Wollitz on the track , have relegation as a top priority. The fact that there are only four points between the 13th and 18th places creates a lot of tension, especially among the six clubs concerned, which will presumably make up the two other relegated teams alongside the already beaten SG Sonnenhof Großaspach and Carl Zeiss Jena.

The ascent race is even closer. Until KFC Uerdingen in eleventh place, all clubs can still dream of the 2nd Bundesliga. There are only four points between the second-placed reserve of FC Bayern Munich, which, however, is not entitled to promotion, and the SpVgg Unterhaching in ninth place. Anyone who shows consistency in the coming weeks has a good chance of advancement.
Despite the tension in the table cellar on matchday 32, we are completely concentrating on the top and then go into three direct duels between six teams, all of which are promising in the race for the first three places.

Now Mölders is back on board when the team of coach Michael Köllner wants to prove their strength, which was briefly suspended against Würzburg, in their own stadium again. FC Hansa is a self-confident opponent with a very positive tendency. After the re-start with a 2: 2 at FSV Zwickau after a 2: 0 lead and a 0: 1 home defeat against Waldhof Mannheim did not go as hoped, the citizens of the Baltic Sea celebrated at SV Meppen (3: 0) and against 1 FC Magdeburg (3-1) three convincing wins in a row.

With a victory in Munich, Rostock could now overtake Sixty, which goes into play with one point more, and underline the existing ambitions to advance. The TSV 1860 has the same goal, of course, and would like to distance Hansa first. We believe that in the end both teams have to be satisfied with a partial success.

After things weren’t really going well before the Corona break, MSV Duisburg also failed the restart. At TSV 1860 Munich (2: 3) was still lost after a 2-0 lead and against Carl Zeiss Jena at the bottom it was only a 1: 1. Nevertheless, the zebras remained in first place, albeit in the knowledge of the practically used lead. Just when the loss of the championship lead threatened, the zebras found their way back and recently celebrated two wins against Chemnitz FC (2-1) and 1. FC Kaiserslautern (3-1). The team of coach Torsten Lieberknecht is now three points ahead of the competition, but of course knows not to let it go, especially since the Würzburg Kickers are a difficult opponent.

After a mixed start, the Kickers crept up to the front and travel to Duisburg as fifth in the table. Würzburg has made it clear in the last few days that the 0-1 home loss to 1.FC Magdeburg after a 3-1 win at SV Meppen at the start after the Corona break was a slip. Then a remarkable 2-1 win at TSV 1860 Munich and now on Wednesday a 4-2 win over Jena. The team of coach Michael Schiele appears to be solid overall and also benefits from the fact that many observers may still be a little underestimated.

In Duisburg there is definitely a top game between two last convincing teams on the program. Tight 90 minutes and a close result would not be a surprise. Because experience and individual quality seem a bit bigger, our tendency towards MSV is cautious.

After more than two years and 32 consecutive away games without defeat, SV Waldhof Mannheim was hit on Tuesday. Ironically at Halleschen FC, which had previously been victorious in 2020, Bernhard Trares’ team went out on the opposing place for the first time since May 2018 as a loser, with a 0-3 defeat. Nevertheless, the newcomer is still promising in the race for the walk through, which would of course be a huge success.

There is hope that last weekend the home balance, which is less than exhilarating compared to the away win, could be polished up with a 2-1 win against Viktoria Köln. With FC Bayern Munich II, Mannheim is now expecting an opponent of a different caliber. Because the offspring of the record champions is the team of the hour and it is no coincidence that they lead the table of the second half of the season by far. Since the re-start, the small Bavarians have recorded ten out of twelve possible points and can look back on nine wins, two draws and only one defeat in the entire second half of the season. It is not without reason that the young team of coach Sebastian Hoeneß is considered highly invested and has a number of players in its ranks that you will probably also see in the Bundesliga in the medium to long term.

In Mannheim, however, the technically excellent young professionals from Säbener Straße meet a ripped-off team who should be able to understand how Bayern’s physical strength and physical presence and willingness to work will not come into play. We expect a close match, but in the end we see Mannheim slightly ahead.

3.Liga betting tips for the matches on match day 32

The relegation-prone Anhaltiner will have to eat more than just Hallorenkugel to survive against SV Meppen.

It promises to be an exciting match in the bottom third. Both teams have nothing to lose and will give their all.

The question is not whether, but how high Braunschweig will win. If you want to be on the safe side, you can win, risk-taking betting friends should choose handicap +2.

The duel for 13th place is not over yet. The scraps will fly here on Saturday. Both teams to score.

Zwickau has to defend itself from the pull of relegation, so the Saxons want to book at least one point on the account.

Who will be 3rd league champion? – bets and odds

Betting Tips: Duisburg is champion of the 3rd league
Odds: 2.75

Betting Tips: Waldhof is victorious and can assert himself on the summit.
Odds: 8.00

Betting Tips: Würzburg is the surprise winner and can tear off the crown.
Odds: 9.00

Betting Tips: Unterhaching made it to the top of the 3rd division
Odds: 29 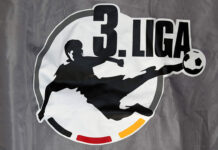 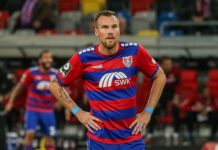