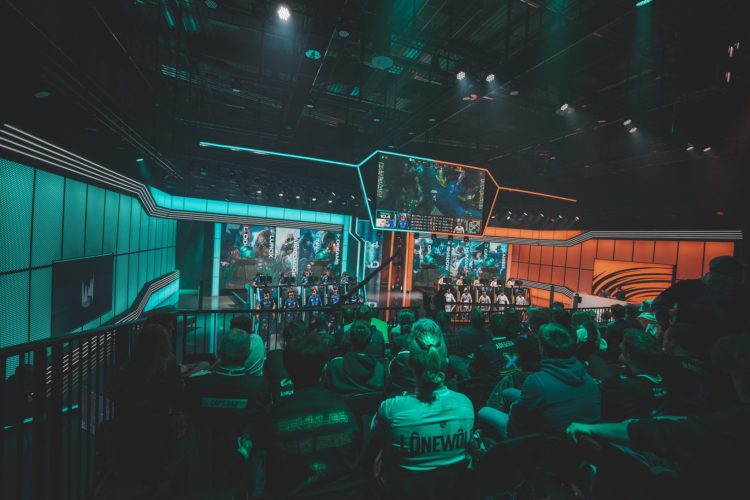 Are Fnatic and G2 Esports still contesting the crown of the LEC in 2020?

“LEC is back!” Is the title of the opening season’s teaser. After the long winter break, a lot has changed for the ten teams from Europe’s premier class and old and new faces will return to the summoners’ gaps from 24.01.2020 to determine the next LEC champion.

After a successful year for the European LoL Esport, the expectations of the fans are high and it will be exciting to see whether the LEC teams can still outperform the previous year. In the internal league of LEC Spring 2020, betting odds are a clear favorite: G2 Esports!

In 2019, G2 Esports not only won the MSI title for Europe for the first time, but also marched into the final of the World Cup. But the other teams like Fnatic or Splyce also played at a very high level. As a two-time defending champion, G2 Esports is the favorite at LEC Spring 2020, but the list of competitors is large.

Teams like Origen, Rogue and of course Fnatic want to overthrow the titans and make history themselves. Who will hold their own in the third season of the LEC? At LEC Spring 2020, is it worth predicting low betting odds for defending champion G2 or is it an outsider’s tip?

The 2019 season can be looked back on with mostly positive memories. After the already strong year 2018, the LEC finally established itself as the second strongest region after China. The MSI title and reaching the final at the Worlds confirm this position. The LEC teams celebrated success after success, such as another triumph over the LCS at the Rift Rivals and reaching the playoffs of all three representatives at the World Cup for the first time.

Within Europe, the contest for supremacy remained between Fnatic and G2. The “Ninjas” reclaimed the crown from Fnatic and won both splits in 2019. For the coming season, these teams that have dominated Europe so far are the hottest contenders for the title and biggest competitors in the LEC.

In addition to the many new additions, there is also a new name in the LEC. World Cup quarter-finalist Splyce will play under the name of the Spanish organization Mad Lions in 2020. In the regular season there is again a double round in Bo1 mode. The game mode changes for the playoffs. From this season the best four teams will start in a winner bracket, teams 5-6 will meet in the loser bracket and the loser will be eliminated.

For the winner, it continues against the weaker loser from the winner bracket. This system is intended to prevent a team that has played a strong season from leaving the playoffs with just one loss. For places 5-6, on the other hand, it will be much more difficult to reach the final. This also increases the importance of placement in the regular season.

A lot has happened in the 2019 offseason and many new players are starting the new year in the LEC. A new team name is now part of the league, because Splyce will start as Mad Lions in 2020.

In recent years, the name Mad Lions has been a fixture in the Spanish LoL scene. The Spanish league team is now called Mad Lions Madrid. In 2018 the troupe won the European Masters tournament in the summer. Back then, the two top players “Nemesis” and “Selfmade”, who are now playing in the LEC for Fnatic, were also there.

Only Midlaner “Humanoid” and Toplaner “Orome” are left of the former Splyce roster. The other three players are new to the league. The German supporter “Kaiser” and “Shadow” were poached by the German team Mousesports, the young Czech “Carzzy” previously played at BIG. The potential of the line-up is not to be sneezed at, and the LEC Spring odds confirm that Mad Lions is a playoff candidate.

LEC Spring 2020 – an overview of the most important transfers:

With the exception of the two-time defending champion G2 Esports, all LEC teams have made transfers that affect the direct line-up. But the vice world champion also has an innovation in the team, as G2 confirmed that “Caps” and “Perkz” swap roles in the team in the spring season. Before “Caps” was taken over, “Perkz” was already playing in the midlane and should therefore not have any problems with the role reversal, and a renewed switch between the two top players cannot be ruled out.

At record champion Fnatic, “Selfmade” is the new man in the jungle, who now has to fill the big footsteps of “Broxah”. The Pole showed his great potential last year when he led his then SK Gaming team into the playoffs and was rightly named the “rookie” of the season. Another advantage for Fnatic is that “Selfmade” and “Nemesis” have already played together for Mad Lions and are therefore familiar with each other.

The 2020 season will be exciting for the German organization Schalke 04. The German superstar “Upset” has left the team in the direction of Origen, but the new entry “Forg1ven” is a worthy successor. Long-established fans in particular are likely to remember the Greek, who, by his own admission, was “by far” the best ad carry in Europe several years ago. With H2K “Forg1ven” reached the semi-finals of the World Cup in 2016, but had to interrupt his professional career due to the military obligation. Can the returnee bring Schalke into the playoffs with his experience?

There is a clear favorite for the LEC Spring 2020, the defending champion. G2 Esports had a dream year in 2019 – not just in Europe, but worldwide. Only by a hair’s breadth did the group fail by “Perkz” on the so-called “Golden Year”, as it was not enough for victory in the World Cup final.

The six-time LEC champion is excellently occupied in all five positions and has made no changes in the roster. Accordingly, G2 has the advantage that the players are familiar with each other. Not surprisingly, G2 got the lowest betting odds at LEC Spring 2020.

The second strongest team is the record champion Fnatic. Last year, Fnatic was the only group that could challenge G2 and it is no coincidence that these two teams share all LEC titles with the exception of Alliance (summer 2014). With “Selfmade”, Fnatic has a strong new jungler who could become the best in the league with the right coaching. According to G2 Esports, Fnatic has the lowest odds at LEC Spring 2020, but these are already very high at 7.00.

The betting providers also agree on the second secret favorite, it is Origen. However, the “xPeke” team at LEC Spring 2020 already has significantly higher odds than Fnatic for betting on the overall victory. The Spanish organization has secured two promising newcomers in order to become dangerous for the two top teams. The German AD carry “Upset” and the Romanian “Xerxe” are tested and experienced players and could bring Origen back in front after the failed summer season. There is a big question mark over the new support “Destiny”, which was taken from the OPL and has yet to prove its ability.

Behind these three top favorites at LEC Spring 2020, the betting odds rise to areas above 20.00 and the bookmakers are not in agreement which teams belong to the extended circle of favorites. Rogue, Mad Lions and Vitality are rated differently. The betting base sees potential for all teams, with Rogue being the best option for an outsider tip.

With “Hans sama” and “Vander” Rogue has two experienced players on the botlane and the three young talents “Finn”, “Inspired” and “Larssen”, who were already convincing in summer 2019. With the LEC Spring 2020, a daring prediction on rogue with the current odds is irrelevant.

Little is known about the strength of Mad Lions and Vitality and the players of the two teams have not yet played together. Each of the ten teams can actually be expected to reach the playoffs, but Misfits and SK Gaming are probably the weakest representatives.

A good tip is Excel Esports, which have strengthened well and also have an excellent coach in the team with “Youngbuck”. Currently the betting odds on the playoff entry from Excel are around 3.00 and offer value.

Overall, the top favorite of the LEC Spring 2020 is rightly G2 Esports, but with the current odds a bet on Fnatic is more worthwhile. Team Rogue is an interesting outsider tip at LEC Spring 2020.

For the new season, high-class LoL action can again be expected in the LEC. After the successful year 2019, the euphoria could hardly be greater and all LEC teams are well positioned. There is a clear league favorite with G2 Esports, but it will certainly not be easy for the two-time defending champion.

In addition to the record champion Fnatic, who already challenged the G2 last summer, the other teams have also strengthened. Rogue, who have made significant progress over the past season, should not be out of sight, despite the legitimate role of the two-time defending champion, we would refrain from betting on G2 at LEC Spring 2020 because the odds are extremely low. With LEC Spring 2020, a forecast on Fnatic is already much more profitable.

Four German players will play in the LEC in 2020. Schalke’s former superstar “Upset” has joined Origen and finally wants to win his first LEC title. “Kaiser” and Mad Lions (Splyce) also belong to the extended circle of favorites. After the start of the season, G2 is already at the top of the table, together with Rogue and Origen.

Fnatic has also found its way after a defeat at the start. So the start of the season went as expected. Will G2 Esports continue to dominate the LEC in 2020 or will Fnatic claim the crown of Europe again?