The current status is that Formula 1 will not be held. At first only the Grand Prix in China was affected, but soon all current races were canceled and the Formula 1 season 2020 was interrupted until further notice. Fortunately, there is the virtual alternative to sports betting that not only inspires computer gamers, but also real racing drivers. We give you an overview of drivers, teams and the best sports betting providers with whom you can bet on the current races in the F1 eSports season.

The virtual Formula 1 class was founded three years ago and has been increasingly popular. The races are similar to those in the original sport, even if the phases for qualification and the actual race are half that of the real counterpart. Nevertheless, skill, concentration and talent are required here. In principle, everyone can participate, but you will quickly notice that you have little chance against experienced players. If you have what it takes to prove yourself, you can register for free at any time. You can use either an Xbox, PS4 or a PC as a “tool”. However, if you want to watch the whole spectacle first, we recommend watching the event on the Twitch Live Stream.

So we first focus on the platforms that offer sports betting for this virtual event. Here you should know that the races do not take place every day, but follow the race calendar. The last virtual Grand Prix took place on March 22, 2020. The course of a Grand Prix at F1 eSports is very similar to the original. Qualification takes place after the training rounds. Here the best starting positions are determined, from which the drivers will then start the big race on Sunday. The race duration is 50% shorter than in the real Grand Prix, which ensures a more compact format, more highlights and real thrills.

F1 eSports – The teams and drivers

The main focus of this class will be the pilots of the digital cars, who will compete in different teams. We are pleased that more and more young Formula 1 professionals are deciding to participate in the virtual counterpart. We speculate that if the corona crisis persists, there will only be a racing series for professionals, so that they can measure themselves virtually. At the moment, however, the fascination is that the first Formula 1 Virtual Grand Prix event brings together stars from all walks of life. Formula 1 drivers, Olympic champions and even international music stars are there. The focus is on the past, present and future of F1 drivers as well as legends from the world of sports and entertainment.

The Mercedes reserve driver pair and the former F1 racing drivers Stoffel Vandoorne and Esteban Gutierrez drove in silver in the headlights of Bahrain. In the meantime, Ferrari trusted the new generation as the Ferrari Driver Academy members, Robert Shwartzman and Dino Beganovic, proved themselves well in test races.

After all, in what may be the most unexpected pairing ever, alongside singer-songwriter Liam Payne, Williams will have 2020 driver Nicholas Latifi at his disposal! The former One Direction star has had an extremely successful solo career in the past few years – although teamwork will be crucial for Williams to score some points.

Other well-known names from the premier class of motorsport will pile up. We hope that after Max Verstappen, Lando Norris and Stoffel Vandoorne there will be more professionals at the consoles. If that happens, we have the opportunity to not only choose the future Formula 1 world champion on the podium, but also in the live stream.

The racing weekends of the F1 eSports League will stick to the regular Formula 1 schedule. The Bahrain Grand Prix took place on March 22, 2020. The beaming winner is: Guanyu Zhou. We are now looking forward to the upcoming Vietnam Grand Prix, which is scheduled for May 3, 2020. The official bodies of the Formula One Group have planned that all dates be canceled by July. Formula 1 may continue in Canada at the Montreal Grand Prix.

We cannot promise whether this will be true. So we have a list for the upcoming races in the F1 eSports League: 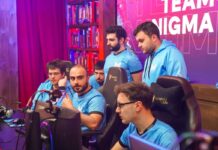 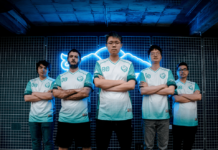 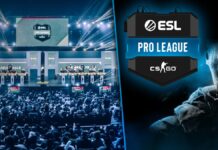