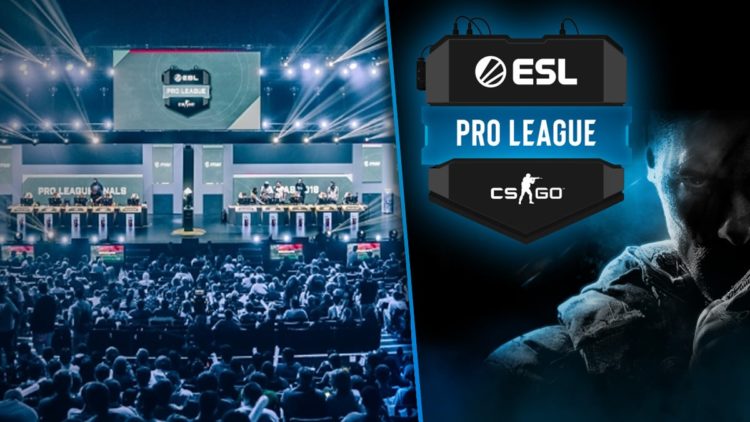 ESL Pro League Season 11 should be the league’s first season after moving to a single global league instead of multiple regional leagues. The regular season was originally supposed to take place in a location in Malta. However, this was canceled and the season is now played entirely online. Ideal for betting on eSports in general and betting on ESL Pro League CS: GO in particular.

The coronavirus pandemic is in full swing, conquering country after country in Europe and leading to the cancellation of almost all sporting events worldwide, only the eSports scene is still active! Well, for the most part at least, there have been some cancellations of LAN events like the Overwatch League regional championships, the Dota 2 ESL One Major and the League of Legends Championship Series. A number of other events have also been postponed indefinitely, but eSport fans do not have to do without high-class action even in these times.

Especially in the CS: GO it goes on (albeit purely online and with some changes). After the announcement that the 11th season of the ESL Pro League would only take place online, the organizers made some necessary changes to ensure that the tournament ran smoothly.

To keep the number of trips for teams as low as possible, the league was effectively divided into a European and a North American division with three groups in Europe and one group for North America, with both regions effectively having their own champions this season. This allows players to stay in their current location and still play in a competitive online environment with minimal network restrictions.

However, there were also some changes as several teams had to cancel.

Renegades were originally supposed to take part in the 11th season, but have canceled due to the global crisis, Swole Patrol will take their place. The two Brazilian-based teams BOOM Esports and Sharks Esports, who were already in Europe to start the season here, canceled for the same reason and returned to their home country. All these teams will not be disqualified from the Pro League, so we will see them again next season.

From March 16, three best-of-3 series will be played daily; in Europe, the three group winners qualify directly for a second group phase, while the second and third-placed teams play deciding games for the remaining three places. The second group phase will then include a single group with six teams. The group winner qualifies directly for the EU championship game, where, in a best-of-five series, they meet the winner of a deciding game between the second and third placed team.

In North America, the group will lead to a double elimination round with four teams, in which the first and second placed team will be placed in the final of the Upper Bracket. The third and fourth placed teams will start in the lower bracket and need two victories there until the grand finale, where they will meet the winner of the Upper Bracket Finals in a best-of-five series.

The first two days of the group stage have already been played, and there have already been sensational games for the fans and two big surprises. Ninjas in pajamas shocked an international audience on the opening day of the ESL Pro League and defeated Astralis with a combined score of 32 to 14 on two cards.

That this is a big deal is an understatement, especially considering how the card veto went. Astralis has made Overpass her territory under Finn “karrigan” Andersen, but those times now seem to be over for good. NiP stifled Astralis’ initial effort after the Danes won the first three rounds, NiP won eight rounds in a row, and after a brief puff on Astralis’s side, added three more to go halfway with 12-3. Astralis only managed to place the bomb on the attacking side three times.

Things weren’t going much better for the Danish squad on the CT side. Although Astralis won both rounds of pistols on Overpass, they ended up losing 16-8 against ninjas in pajamas.

On the day of the Astralis team, all players played badly without exception. Nobody got a positive K / D statistic or a rating above 1.0. Peter “dupreeh” Rasmussen played particularly badly with a record of 19/7/39 over both cards.

The recent appearances of Astralis in combination with the ease with which Natus Vincere handled them at the Intel Extreme Masters in Katowice must worry the fans of the Danes. Mathematically, Astralis currently occupies last place among the six teams in Group A of the ESL Pro League, if you consult the lap difference (-18).

Astralis will try to regain some of their dignity after this crushing defeat tonight when they face a GODSENT team that has shown a lot of potential since the organization’s return to the CS: GO professional scene last November.

An almost as big surprise came in one of the opening games in Group B when Natus Vincere, who recently dominated Astralis, was clearly beaten by North with 16-10 on Nuke and again 16-10 on Dust2 on two cards. 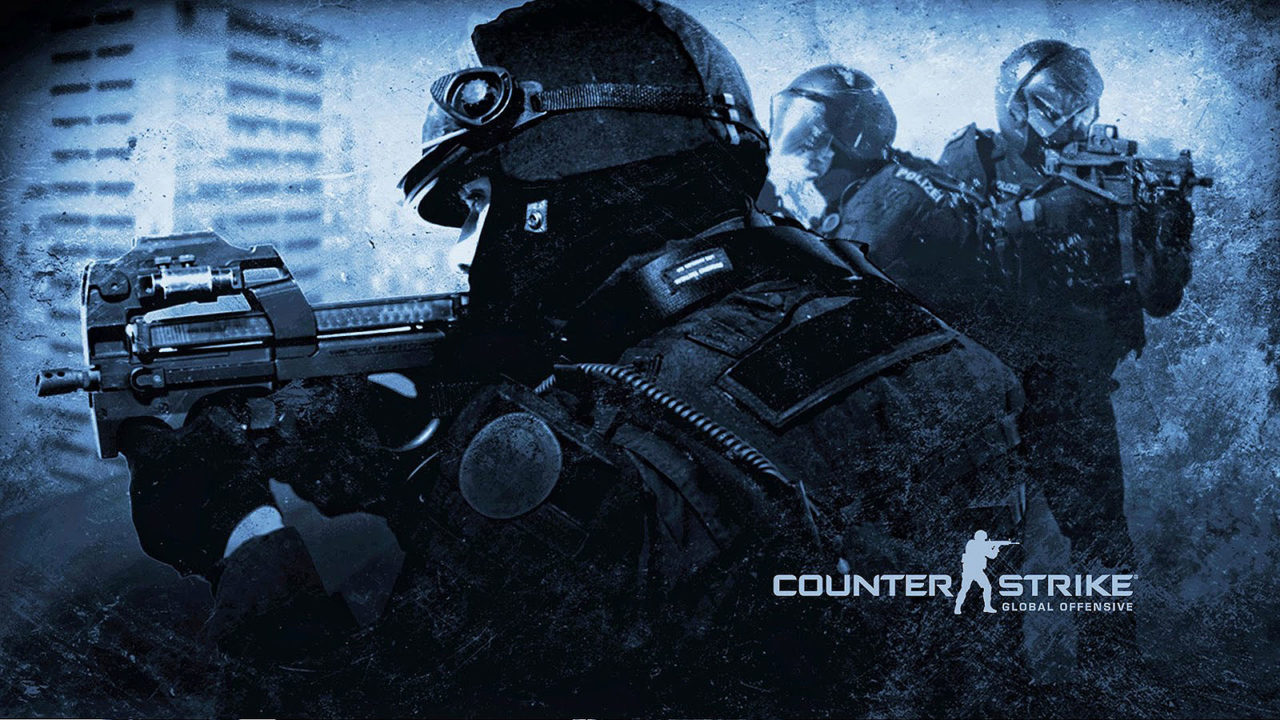 Normally, Astralis would have been the favorite in Group A, but after the recent results you have to put that into perspective and it almost looks as if this is the right time to bet against the once dominant team, as long as the betting providers rate it as high. That doesn’t mean, of course, that Astralis cannot miraculously recover in the next match and regain their favorite status, but it never seems as tempting as now to benefit from the poor shape of the Danes. Ninjas in pajamas as well as Team Vitality and Team Spirit were all able to shine in their opening games and at this point these three teams also appear to us to be the most likely playoff participants.

In group B we have probably the strongest group with top teams such as Natus Vincere, Fnatic and Complexity. Natus Vincere recently won the IEM Katowice and plans to dominate the 11th season of the ESL Pro League. Fnatic have also performed impressively lately and only lost to teams like G2, Astralis and mousesports. In terms of complexity gaming, they had one of the best starts of the year at the BLAST Premier Spring Series 2020, defeating Astralis and Vitality, but lately they’ve been pretty inconsistent and also lost their opening match against forZe 2-1 yesterday .

In the last European group, Group C, we have some rock solid and successful teams like mousesports, G2 Esports and FaZe Clan. It is most likely that these three teams will lead their group, although OG or Virtus.pro should not be underestimated either, as they have great potential for a surprise.

In North America, we have Team Liquid, 100 Thieves and Evil Geniuses as the group’s biggest favorites. Another team is still to be announced, it is believed that either Bad News Bears or Triumph will complete the North American league.

Betting on the tournament winner

In view of the recent serious changes in the participants and the course of the tournament and the fact that the ESL Pro League S11 final was canceled, the bookmakers unfortunately decided against offering bets on the tournament winner before the “regular” season began.

The main reason must be the fact that bookmakers assume that a lot can happen before the final, which will ruin their risk management. And we all know that bookmakers don’t want to take any chances.

We will continue to monitor this and keep you informed, at the moment there are no direct win bets for the 11th season of the ESL Pro League, at least not for the tournament wins of both the European and North American leagues. 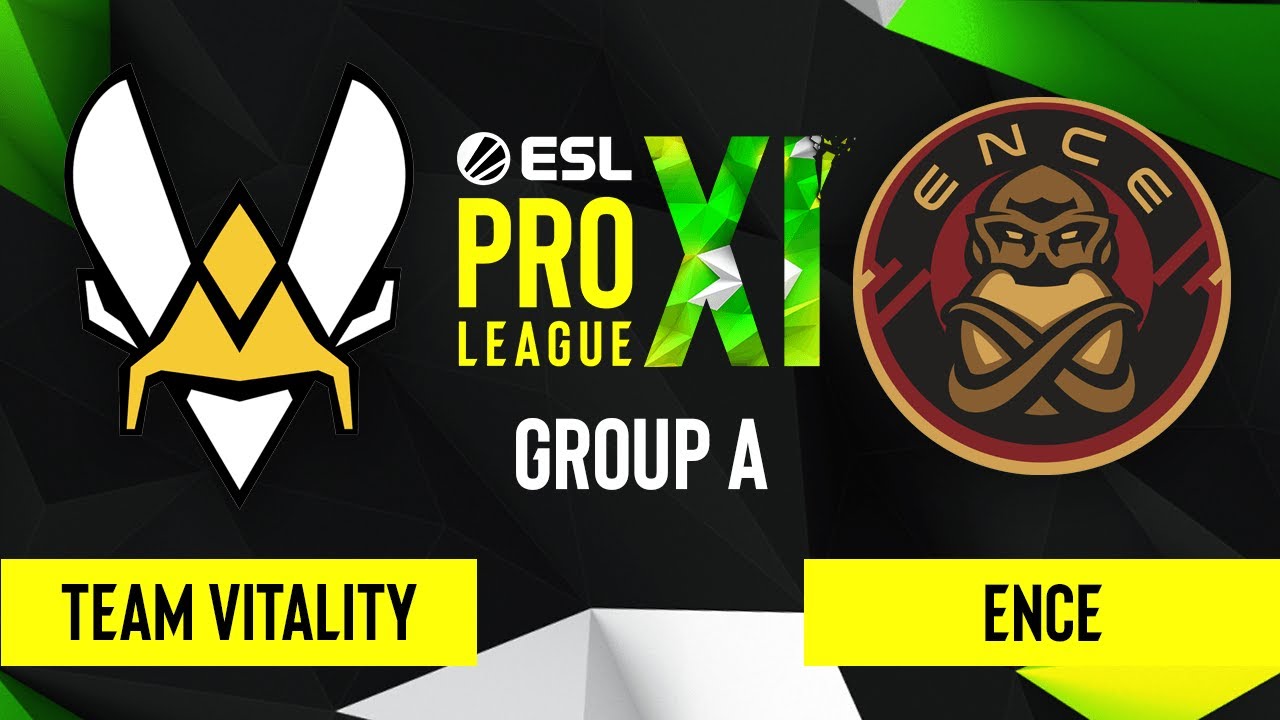 Team Vitality vs. ENCE is probably one of the most competitive games played in the first group stage. Both teams are among the top 10 in the CS: GO scene and know how to deal with pressure in big tournaments. Both teams could hardly be more different when it comes to squad composition and tactical approaches. Team Vitality’s performance depends heavily on their biggest star, ZywOo, while at ENCE all players play at a very similar level and show amazing teamwork.

In terms of betting odds, Vitality is a clear favorite, especially because the Finnish team ENCE has been performing poorly lately. Their last success was in November when they lost to mousesports in the grand final of the Asia Championships.

We think it is worthwhile to bet a tip on at least one card won for ENCE, for this you can still get quite good odds. 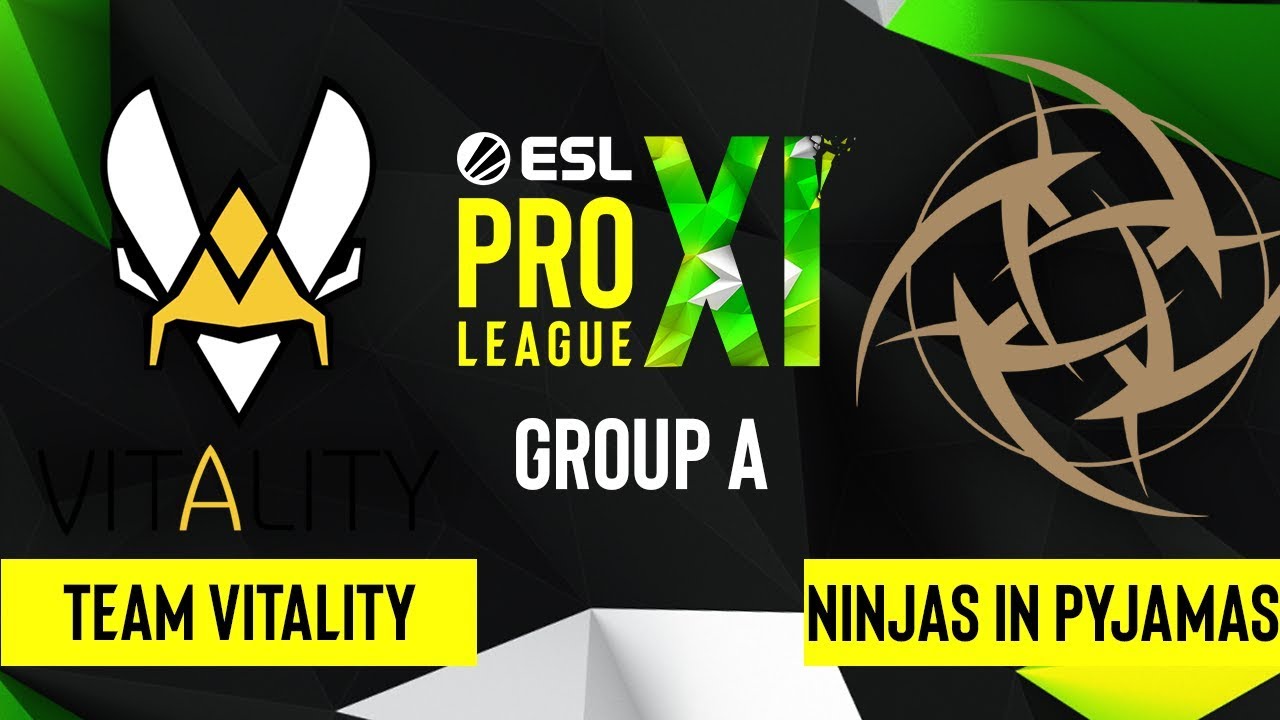 If you are considering betting on ESL Pro League Season 11, Vitality is probably the team for which you get the best odds. The team made a squad change just before the tournament started (ALEX left and Misutaaa came on as a replacement), which drastically reduced their chances of being successful in the ESL Pro League S11.

For this reason, we can expect both teams to do their best here. Either way, it will be exciting here, and with ZywOo on the one hand and Plopski on the other, fans can look forward to some great individual campaigns. Plopski has become a leading player for this NiP team, combining outstanding performance and remarkable talent, and most recently embarrassed Astralis in front of the eyes of the world.

Team Vitality is a little favorite in this match in my opinion, but the best bet option is a bet on the total number of cards played, one can assume that it will end in a competitive 2-1 for one of the two teams. 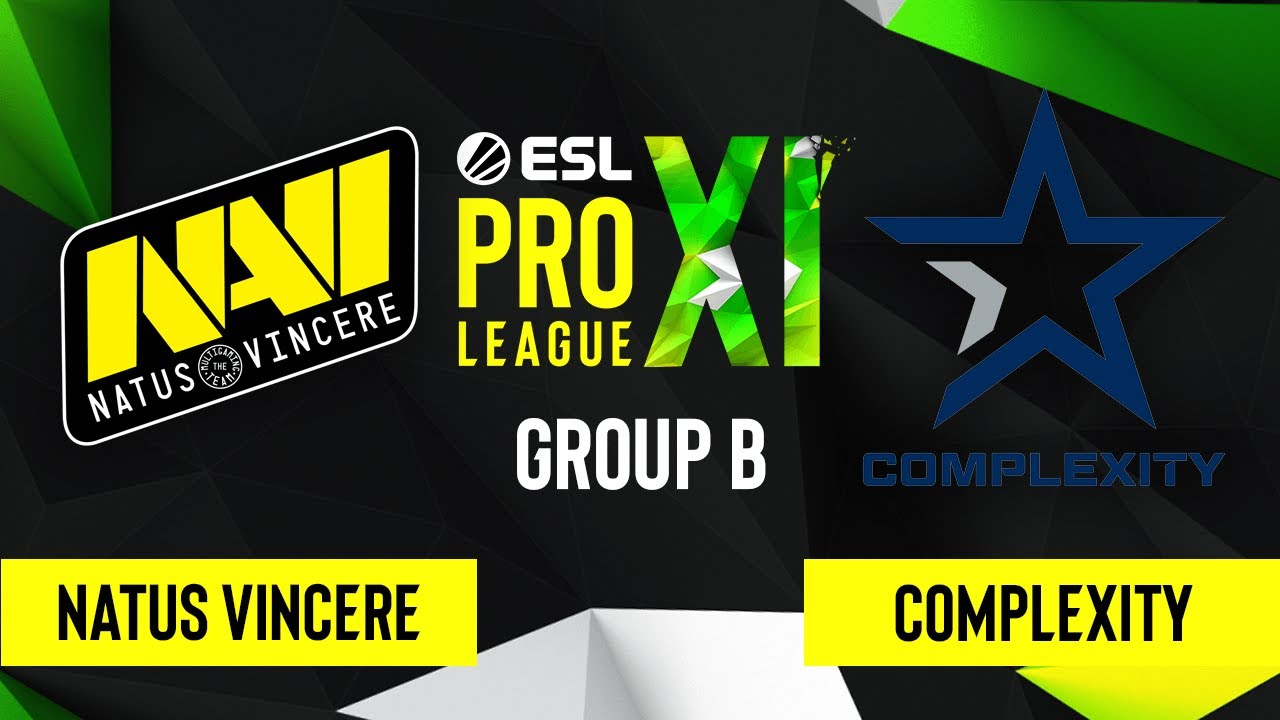 Even if there are still a few matches to play and the further development of the two teams remains to be seen, one can almost speak of a safe bet here. After winning IEM Katowice 2020, Na’Vi will try to get another great result in this tournament.

We believe that they will have no problem defeating complexity without losing a card. s1mple and electronic are just too good for the young squad of Complexity Gaming to keep up with. In addition, the card pool favors Natus Vincere, which is why this team will surely make it to the top this season. 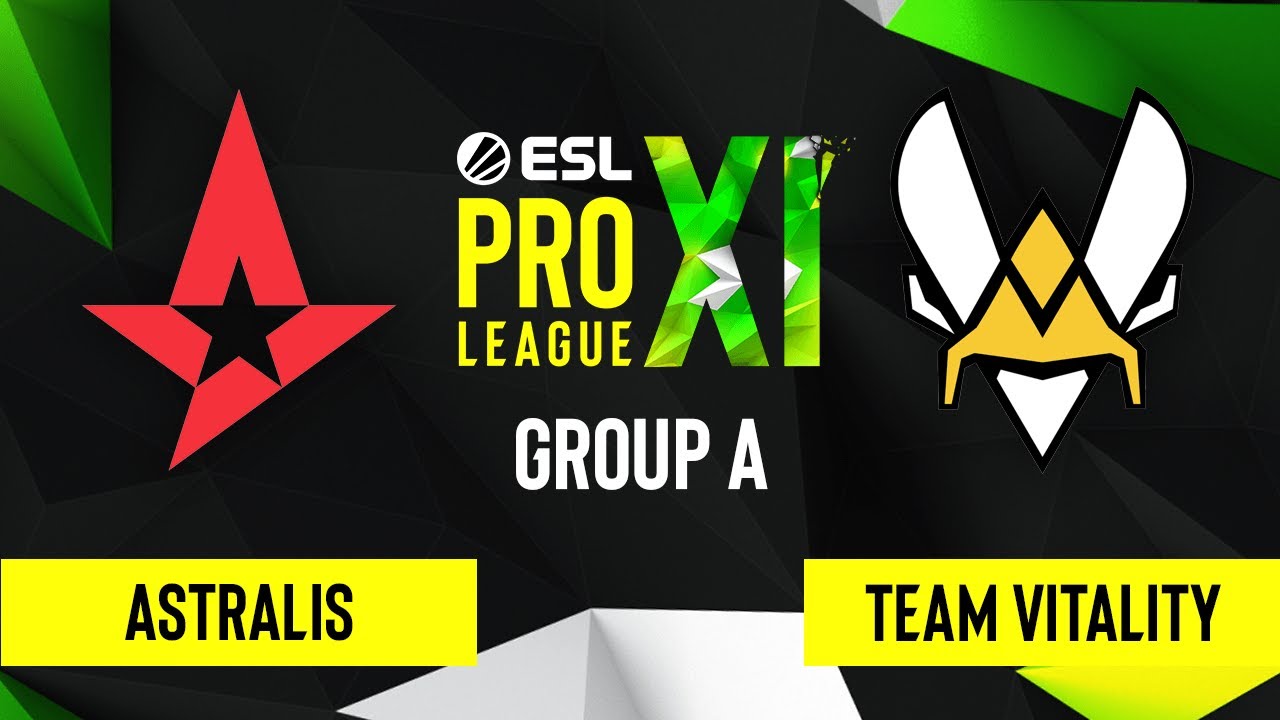 Astralis vs. Team Vitality will definitely be one of the most interesting first-round matchups. Even though Astralis currently seem to be in a crisis and there are still a few matches to be seen, they must be considered a clear favorite here.

However, it should be an exciting and competitive game and one can hope that three cards will be a hot topic, especially given the serious differences in the card pool of both teams.

Team Vitality had a great year 2019 with even better prospects for 2020. They have what is perhaps the world’s best player, ZywOo, on their team, where all players contribute to the excellence of the currently best French team.

Although Astralis will probably be a favorite here, a win against Team Vitality should not be taken for granted, especially in the current state of the Danes. For this reason, I see good chances for a surprise victory for the French, especially if Astralis should have been eliminated mathematically at this point against all predictions (which sounds insane, but is quite possible). The best betting option in my opinion is a bet on the total cards played, here you should be more or less on the safe side with a worthwhile odds.

Even if Team Vitality should not be able to defeat the Danes here in a best-of-3, we assume that they can at least win their card choice and thus force a third card.