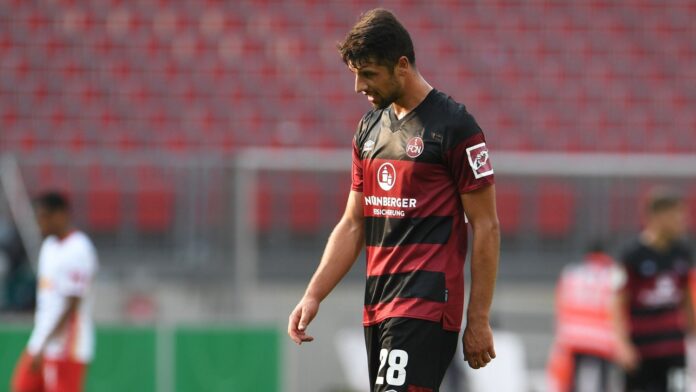 Will Darmstadt get the first three of the new season?

While in the European top leagues the ball no longer rolls on Monday due to the upcoming international break, there are still two matches on the program in the German 2nd and 3rd leagues. In the third-highest division, Kaiserslautern finally wants to get the first points with the new coach Jeff Saibene in Wiesbaden.

Later in the evening, there is finally a match between Nuremberg and Darmstadt in the lower house. According to the odds, the best bookmakers see the home side at a slight advantage, although there can be no question of a really extended role as favourites in view of the prices that are quite close together.

In any case, the Swiss francs got off to a better start to the new season. The team of the former Nagelsmann assistant Robert Klauß has a solid four points after two game days and struggled to their first home win against Sandhausen (1-0) the previous week. Against the lilies, however, an increase will now be necessary, because although the Hessians were only able to book one point at the moment, the starting eleven undoubtedly have great potential.

It seems only a matter of time before the spell breaks with the guests and the new season finally pick up speed. In our opinion, the chances on Monday evening are not bad, especially since the lilies could for the first time have more space to counter. Not least because of this, we dare to predict in advance between Nuremberg and Darmstadt that a tip on the blue-whites has a more attractive value than a potential bet on the “club”.

1. FC Nürnberg experienced an atmospheric start at home last weekend against SV Sandhausen. Admittedly, the footballing performance of the Franks did not necessarily cause warm thoughts, but the fans present saw a contested and exciting match in which the 1. FCN still had obvious advantages.

In the end, it was enough to achieve a narrow 1-0 win, through which the start of the new game year with four points can be described as successful. The special friends among the spectators in the Max-Morlock-Stadion were also probably due to the fact that the 2020/21 season began very differently than the previous season ended. In 2019/2020, the ambitious ex-Bundesliga club celebrated just three wins in 17 attempts and developed a real home phobia.

Whether this can finally be shelved will now be decided on Monday evening when the team of coach Robert Klauss meets Darmstadt at home. The goal of the men from Valznerweiher is to bag their second victory and thus keep up with the top positions. However, especially on the offensive, the franc must increase significantly.

Neither against Regensburg nor against Sandhausen did the “Club” fail due to its particularly high level of creativity or efficiency.

It will be interesting to see on Monday whether the highly traded young trainer from Nuremberg can do without a new addition to the starting line-up. Exactly this was the case against Sandhausen. At least in the attack, the football teacher would have liked to have had the option of using one of the two newcomers, Pascal Köpke or Manuel Schäffler. Both are still out due to injuries. There are probably only a few changes to the victorious SVS team.

If you look at the isolated game performances of SV Darmstadt 98 these days, it is quite a bit surprising that the lilies only have a point after two game days. Both in the 3-2 defeat in Sandhausen and in the 0-0 draw against Regensburg, the Hessians had slight play advantages, but could not draw any profit from it.

Nonetheless, the proper performances are of course encouraging that the proverbial knot will loosen in the near future and that the Darmstadters will be able to meet their own expectations in tabular form.

From a purely statistical point of view, the blue and whites of the opponents Nuremberg are just right, because the sports club has been unbeaten for seven consecutive matches against the Franconians in seven consecutive competitions. In addition, coach Markus Anfang’s team could benefit for the first time this season from the fact that the opponent will have more possession. In terms of switching play, there is still room for improvement, although the lilies have recently primarily been forced to score from their own positional play.

The injured Mathias Wittek and the Icelander Palsson, who has already travelled to his national team, will definitely not be used. There are further question marks behind the work of Aaron Seydel and Marvin Mehlem. Meanwhile, there is still concern about the personnel Serdar Dursun, who is probably toying with a change. On Monday, however, the top striker for Hessen should be set. Between Nuremberg and Darmstadt, a successful prediction for the away win is anything but impossible.

Last season, the Darmstadt team finally broke the Nuremberg ban. In the 17th attempt at Valznerweiher, the lilies landed their very first victory. It was also the seventh competitive game in a row in which the Hessians did not leave the field as a loser against the Franks. Also interesting is the fact that the “club” conceded 30 goals in 18 second division games against SVD and thus more than any other league competitor.

At the end of the 3rd matchday in the second Bundesliga, there will be a duel between Nuremberg and Darmstadt on Monday evening, at the Max Morlock Stadium. The betting odds imply a slight favourite role of the home side, whereby we expect a match at eye level. Nuances could decide between victory and defeat. We don’t believe in too many goals either.

Although the Franks scored four points on the first two weekends, three more points than the lilies, the Hessians even impressed us a little more in terms of football. It, therefore, seems a matter of time before the team of the former Cologne promotion coach Markus Anfang bag their first three.

Nürnberg with two goals in two games, but already with four points
In terms of football, Darmstadt has so far performed well, but the lilies are on a counter
The Hessians have been unbeaten against the club for seven direct duels

We are convinced that this will be the case on Monday evening. This assumption is based in particular on the fact that the home side have so far not been able to convince offensively and at the same time revealed problems in the defensive shift game. For the first time, the guests will also meet a team that wants to “play along” and will therefore release rooms.

The bottom line is that we decide between Nuremberg and Darmstadt for the tip with good odds that the lilies land their first victory. In order to minimize the risk somewhat, we dare to use five units and switch to the two-way market. In the event of a tie, there is cash back. 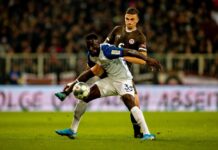 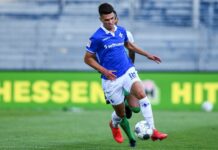 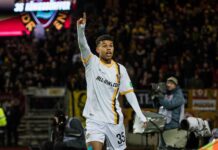