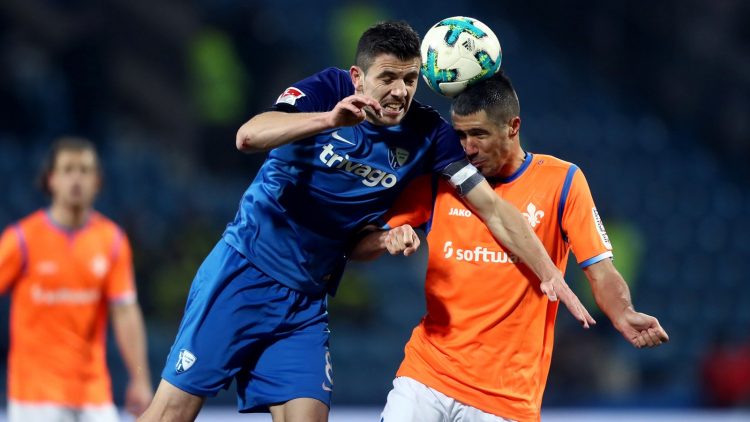 The occupants of positions 11 and 12 meet in the end of the 13th round of the 2nd Bundesliga. Both Bochum and Darmstadt have gathered the same number of points – 17. But we could say that the hosts are in a better team, because he has not suffered a defeat in the last four stages of the championship. Bochum defeated Darmstadt last season with a score of 2-1.

Although he has not suffered a defeat in the last four stages, Bochum can not escape from the middle of the leaderboard. The main cause of this situation is the large number of draws, in the last three stages they ended up being equal to Hamburger 0-0, Regensburg 3-3 and Furth to the score of 2-2 in the last round. Among the injured players faced by the team, we can add it to Celozzi Stefano.

The crisis situation they experienced when they recorded four consecutive defeats seems to have been overcome. The last three stages of the championship with two victories and draws. They drew 1-1 at Ragensburg, then defeated Furth 2-0 on their own, and in the last round triumphed at home against Magdeburg 3-1. Their most formidable player seems to be the striker Dursun Serdar, who has made his name on the scoreboard both in the Furth and Magdeburg victories.