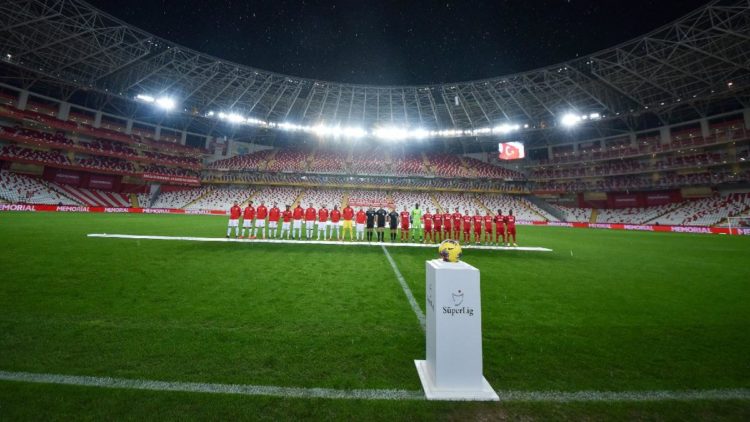 Back to the roots: championship fight between traditional clubs!

In recent years, the Süper Lig fans have hardly been disappointed over the season. Year after year there were exciting title races to watch, in which the champion was only determined on the last match day. In the middle? Basaksehir. A team that only found the way to the top of the Süper Lig through great political influence.

Now the fairy tale of the “fourth” big club from Istanbul seems to be over. Basaksehir’s sporting success was largely due to the political influence of the ruling AKP party. A small glance at the main sponsor and namesake “Medipol” already reveals great secrets. After Ekrem Imamoglu was elected as the new mayor of Istanbul from the opposition this year, Basaksehir’s success story can already be expected to end.

Ekrem Imamoglu also made a statement on the topic of Süper Lig a few weeks after his election as the new mayor of Istanbul. There was a clear swipe towards Medipol Basaksehir. After the successful coach Abdullah Avci moved to Besiktas at the runner-up, a title win by Basaksehir this year can almost be ruled out.

“Ekrem Imamoglu (new Mayor of Istanbul)”] “” It is an honor for me to be Mayor of Istanbul. Besiktas, Galatasaray and Fenerbahce are traditional football clubs in my city. It’s not my job to start or support any soccer club.

In any case, the Süper Lig champions 2019/20 betting odds make it clear that the three big Istanbul traditional clubs Galatasaray, Fenerbahce and Besiktas will again participate in the title race. “Back to the roots” is the motto of the new season.

Fenerbahce played a historically poor first half in the Süper Lig, but was able to convince again this calendar year. It is quite possible that the “canaries” will regain their old strength. The odds are relatively balanced after the current season opener of the Istanbul clubs.

After two championships in a row, Galatasaray is also the Süper Lig “Sampiyon” favorite in the new season. The betting base analyzes the potential title candidates from Istanbul and presents bets and betting odds for the Süper Lig Meister 2019/20.

Galatasaray and Fatih Terim – that just fits. The “Imperator” is not only the most successful Turkish coach of all time, but also the figurehead of Galatasaray. No other coach celebrated more title wins in Turkey than Terim. The “Imperator” was also able to win the historic 2000 UEFA Cup title. Fatih Terim has recently celebrated two championships in a row since returning to the Turkish record champions.

This season, the third championship title in series is to be fixed. The “lions” are also traded as favorites by bookmakers according to the Süper Lig Meister 2019/20 odds. After the strong end of the season spurt, where the “lions” have once again demonstrated their will to win and dethroned Basaksehir, it is no wonder.

Some weaknesses in the squad of the Turkish record champions were noticeable in the summer preparation. The desired reinforcement failed to the displeasure of “Emperor” Fatih Terim. The first competitive games of the new season will have little meaning for the “Löwen”, especially since the last season has not been the best start.

Without further reinforcement, it will probably be nothing with the third championship in a row. So far, the “lions” with players like N’Zonzi, Mor, Seri, Durmaz and Babel have been able to bring notable reinforcements to the Bosphorus. Galatasaray is currently toying with a transfer from Falcao. With the weak striker lineup, the Turkish record champions will definitely have to strengthen.

Even if Galatasaray only shows up in the course of the season, there isn’t much to be said for a renewed championship of the “lions” this season. The Turkish champions will feel the double burden of the Champions League and Süper Lig in the first half of the season. For Süper Lig Meister 2019/20 bets on the “Löwen” are betting odds of 2.62.

Fenerbahce recently missed the championship in the Super Lig five seasons in a row. The 21st century was not going particularly well under the former club president Aziz Yildirim, which is why a change at the top of the traditional club was only a matter of time. With the new club president Ali Koc, Fenerbahce wanted to find his old strength again.

The last season of the “canaries” could not be foreseen. Fenerbahce played a historically bad first half and was even in the relegation battle in the meantime. The traditional club only reappeared after the arrival of Ersun Yanal. Yanal was already wished from the fan base as a new trainer. Ali Koc did not see the former Fenerbahce coach as a long-term solution.

We have demonstrated our strong cohesion last season. Even if we almost had a historically bad result, our followers were always by our side. Last season our fans deserved the championship title for the great support.

Since Yanal has taken over the coaching post at the “Canaries” again, things have been going uphill. Fenerbahce was able to build on the strong second half of the season and leads the Süper Lig with two victories. Above all, the winning mentality in the comeback success over Basaksehir was missed at Fenerbahce for a long time.

In the summer there were some changes in the squad of “canaries”. With numerous new additions, more relief is to be provided, above all, across the board. The most famous entry in the summer was undoubtedly the ex-Bremen Max Kruse. According to current media reports, Fenerbahce’s transfer activities do not seem to have ended.

Two to three players still want to commit the “canaries”. Although Vedat Muriqi has had a strong start to the season, Fenerbahce is still looking for a striker. With further selective reinforcements, Ersun Yanal’s team will be hot contenders for the title. If Fenerbahce takes the “Sampiyon” again for the first time since 2013/14, Süper Lig Meister 2019/20 betting odds of 3.75 will be paid out.

Senol Günes freed Besiktas from the shadows of Galatasaray and Fenerbahce. The “black eagles” had dominated the Süper Lig in the Günes era and celebrated two championships in a row. However, Besiktas had to hand over top performers year after year and did not make any major investments due to the financial situation. The last two seasons have already shown that the shine of the “black eagle” is gone.

Senol Günes has been associated with the Turkish national team for some time. Due to his involvement in Besiktas, the rumors have been repeatedly denied. There was clarity last season: Senol Günes resigned from Besiktas in the summer and became the national coach of Turkey.

There were some potential successors, such as the former coaching assistant Tamer Tuna, who has worked with Günes for years. In the end, Besiktas chose Abdullah Avci to succeed Günes. Avci made Basaksehir a title candidate over the years, but always missed the big title coup.

His game system differs significantly from his predecessor Senol Günes. While Senol Günes preferred fast wing play at Besiktas, Abdullah Avci always used his ball possession football at Basaksehir. The short pass game is always the focus. After the mixed preparation with the large hospital, there was a receipt in the first game of the season when Besiktas lost 3-0 to Sivasspor.

It was only in the second game of the season that the “black eagles” could really take up the new game concept under Avci. To what extent Besiktas will have long-term success with the new game system is not yet clear. After some changes in the squad, a surprising departure is currently looming: club icon Quaresma will probably leave the team in this transfer window.

If you look back at the achievements of “Q7” in recent years, it is a difficult departure for the “black eagles”. Especially when you consider how manageable the Besiktas offensive is. If Abdullah Avci can defy all of this with his “black eagles” and surprisingly win the title, lucrative odds will be offered for Süper Lig Meister 2019/20 – sometimes even beyond the 3.00 mark.

The vice championship is expected to remain Basaksehir’s last success. Now that the political influence on the Erdogan club has decreased and coach Abdullah Avci has given the team a guarantee of success, a relapse into the old days can be expected.

It will only be a matter of time before Basaksehir will mix with the other average teams in the Super Lig. The “elite team” under Abdullah Avci will no longer exist. As can already be seen from the odds, the bookmakers don’t really seem to expect a championship from Basaksehir under the new coach Okan Buruk.

Already the first competitive games under Buruk have shown that the collaboration cannot be anything long-term. If the negative trend continues, Basaksehir will probably have to look for a new trainer.

The Black Sea club is one of the four Süper Lig giants in Turkey, but has had problems proving it year after year. Only recently Trabzonspor managed to jump to an international starting place again after a long time. The Black Sea club is also expected to be represented in the Europa League group stage.

In the domestic league, a title win for Trabzonspor still seems unlikely. The lineup can certainly be seen with numerous youngsters and a star player like Daniel Sturridge. However, past performance should not be overestimated. Over the season, Trabzon has never had consistently strong performances.

With Ünal Karaman, Trabzonspor will find its way back to the top in the coming years. For a title win this season, the bookmakers assign the Black Sea Club in the Süper Lig 2019/20 for corresponding betting odds of 21.00 in the top.

There will probably be a three-way battle for the Süper Lig crown. After two championships in a row, Galatasaray is also favored to win the title this season, but could be dethroned by Fenerbahce. The “canaries” have returned after the catastrophic last season and recently played strong football.

Besiktas, however, remains a surprise bag. If the “black eagles” quickly adopt Abdullah Avci’s new game system, you can count on Besiktas as contender for the title. In contrast to Galatasaray and Besiktas, Fenerbahce will not have to face any double burden from international competition.

With Senol Günes, Besiktas has lost the guarantee of success of recent years.
As in previous years, Galatasaray is struggling with a miserable transfer policy in the summer.
Fenerbahce played a historically poor first half of the season last season, but was able to play well under Ersun Yanal this calendar year.

There is likely to be another adrenaline-fueled title race in which all three traditional clubs from Istanbul will take part. For Süper Lig 2019/20 bets on the championship, however, we see Fenerbahce ahead and with a good chance of winning the title. Galatasaray is already struggling with internal problems and unrest in the squad, which is why the weak start to the season is not surprising.