With 14 goals US Sassuolo represents in the Italian Serie A the fifth strongest offense of the league. For the Neroverdi it still does not run smoothly this season, despite the impressive power of the offensive.

Reason for it are among other things the catastrophic achievements of the own defensive. Meanwhile, Sassuolo has thereby settled in the bottom third of the table, but has a game less in the account than the Serie A competition.

After the surprising death of club president Giorgio Squinzi, the league match against Brescia was canceled and scheduled for December 18 new. Squinzi, who had been in office since 2002, had helped NeroVersdi rise to the foot of Italian football with his great support. Since the season 2013/14 Sassuolo is now represented in Serie A.
In the meantime, the team even managed the first European League participation in club history. Since then, the Neroverdi has delivered manageable seasonal performances, which was largely avoided a relegation battle. The fight for relegation will probably be the primary goal this season.

On Friday evening, the Neroverdi from Sassuolo meets the Gialloblu from Verona. The bookmakers favor Verona vs Sassuolo only in a minimal way. In our prediction, we see the home side certainly with advantages, especially due to the last but very stable defensive.

Hellas Verona wants to establish itself in the highest Italian league. In recent years, there was a real roller coaster ride. After the rise in the Serie A followed the direct descent into the Serie B. This season it should run better and it has been sprayed so far also optimism. Although lacking the offensive liveliness, but the Gialloblu convinced with their stable defensive.

Last weekend, Hellas Verona was not rewarded in the away game at SSC Napoli despite a strong performance. The Gialloblu delivered a duel at eye level, but had to give up after a brace by Napoli-Stümer Milik beaten. Verona lost for the third time this season, defeats against teams like Juventus, Napoli and AC Milan are to be taken.

At home, Gialloblu won their home game 2-0 against Sampdoria last time, scoring their second win of the season. With six goals, Verona is statistically the weakest offensive in the league, but with only seven goals conceded one of the strongest defensive in Serie A. In the four home games Verona has conceded only two goals.

This season, the Gialloblu is supervised by head coach Ivan Juric. Although Alfredo Aglietti had fixed the rise over the playoffs, with last year’s interim coach the end of the season expiring contract was not renewed. Juric has done solid work and formed a strong squad despite limited financial resources.

With a victory over Sassuolo, the strong performances are now underpinned with positive results. On Friday night, with Daniel Bessa and Emmanuel Bessa only two players due to injury due to pause.

After the strong performance against SSC Napoli, there are likely to be no changes in the starting bid. If Verona win against Sassuolo, odds of 2.60 will be paid on the home side for a tip.

Giorgio Squinzi is already a club legend. The former president of US Sassuolo has led the team with his financial support from the fourth Italian league in the Beletage of Italian football. In addition, under Squinzi as president for the first time in club history an international right to start, with which the Neroverdi from Sassuolo in the 2016/17 season participated in the Europa League.

The cancellation of the Brescia game was to be expected after the death of Giorgio Squinzi. The league game against Brescia will be repeated in mid-December. This season, US Sassuolo did not make the best start with two wins and five defeats. With 16 goals, the Neroverdi is the third worst defensive Serie A, but can keep up aggressively with the top clubs.

14 goals are currently outbid only by Napoli, Atalanta, Inter and Juventus. That the offensive power of the team can not compensate for the defensive weaknesses, Roberto De Zerbi, coach of Neroverdi, have realized by the last matchday. Although Sassuolo had a head-to-head duel against Inter Milan and was an equal opponent for long stretches, they ended up with a 3: 4 defeat.

For the second time in a row Sassuolo conceded four goals. It is from defensive point of view so far the second worst series A season of the club history. Bad was the Neroverdi so far only in the 2013/14 season after the rise, where the team has conceded 22 goals in the first seven games of the season.

There were already five defeats in a row across the season. To end the negative series, the Neroverdi will be required in Verona. Robert De Zerbi will lose five players due to injury. Whether the Sassuolo coach will make changes to the starting eleven after the recent negative trend, remains to be seen for now.

Hellas Verona and Sassuolo will meet for the 15th time. The direct comparison is relatively balanced between the two clubs. Verona leads with one win more the balance. In the season before the descent of Verona, there was in the duels between the Gialloblu and the Neroverdi each a win for the away team. In the last four games between Hellas Verona and Sassuolo, a prediction for under 2.5 goals had come true.

US Sassuolo scored an offensive strike in the recent home game against Inter Milan. Again, however, the defensive Neroverdi had presented particularly vulnerable, which is why a point win against the top club from Milan could not be realized. There are only two teams in Serie A who have conceded more goals than Sassuolo so far, which is why the lower third of the ranking is not surprising.

In contrast, stands Hellas Verona. Under Ivan Juric, the team has recently increased significantly and even offered the top teams of Serie A Paroli. With only seven goals conceded the Gialloblu from Verona one of the strongest defensive players in the league. The lack of penetration of the offensive continues to be a major problem.

♦️ Sassuolo lost in Serie A last five away games in a row.
♦️ Verona are one of Serie A’s strongest defensives, while Sassuolo is one of the league’s best offensives.
♦️ At home, Verona have conceded only two goals in four home games

Having taken points against Cagliari, Udinese and Sampdoria, they recently lost to SSC Napoli. Hellas Verona was an equal opponent for long stretches and convinced especially in the first round, but ultimately was not rewarded. If the team of Juric against it against Sassuolo, a home win against the table seventeenth is quite realistic.

In foreign parts, the Neroverdi from Sassuolo had not really convinced recently and therefore lost five away games at once. We see the hosts with the better chances of winning and would put our Verona against Sassuolo tip to good odds on the Gialloblu as the winner of the first half. For this, five out of ten possible units are chosen as the mission. 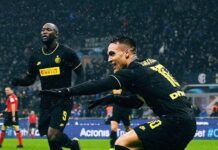 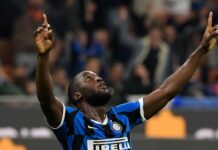 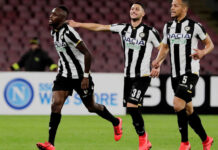