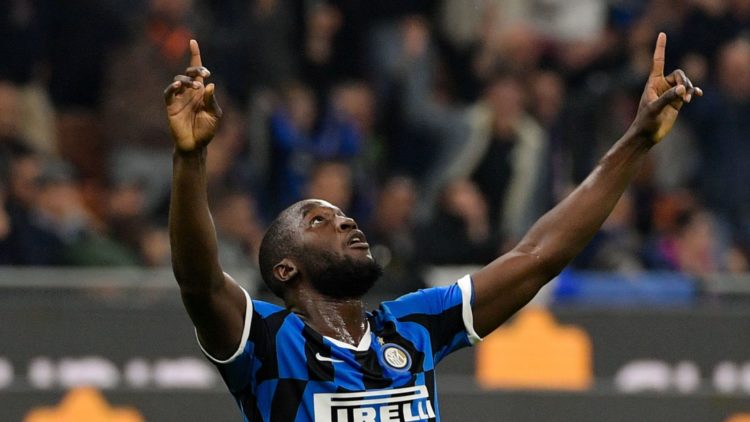 Year after year, the Serie A was last dominated by the old lady from Torino. Inter Milan now wants to end the Juventus era and dethrone the black and white from Torino for the first time after eight years. For the Nerazzurri has invested properly in the summer. Currently, the two championship candidates in Serie A only separate a single point.

As a pursuer Inter Milan is in demand for the eleventh matchday in Bologna. The table second wants to submit before the “Derby della Mole” between Juventus and Torino FC and thus put the old lady under pressure.

The Rossoblu from Bologna presented itself in this calendar year at home, however, in a very captivating state, which is why the Nerazzurri expected a challenging task on Saturday evening.

Other point losses are currently intolerable for Inter Milan, especially since the Nerazzurri could not punish Juventus’s point loss on Matchday 8. The bookmakers see Bologna against Inter Milan as their favorites according to odds.

Although Bologna has by no means given a bad figure last season, the relegation remains the primary goal of the team in the new season. After ten matchdays, Bologna meanwhile ranked in the tenth place in the table of Serie A, which has the Rossoblu mainly thanks to the strong season opener.

Bologna has won only one of the last seven Serie A games. In the English week there was no point win for the Rossoblu out of the away game in Cagliari. The team of coach Sinisa Mihajlovic was even in the lead in the meantime, but was punished for a reckless defensive behavior in the second round.

The crisis of form continues – at least as regards results. The Red-Blue from Bologna will build against Inter Milan on their home advantage. At home, Mihajlovic’s team delivered strong performances this calendar year, losing just one of the last 11 home games in Serie A.

The fact that Bologna should not be underestimated, has recently been noticed by the leaders of the table from Torino. Juventus secured a very close 2: 1 home win over the Rossoblu. If the team of Mihajlovic is again so strong, a point win against Inter Milan will be quite feasible.

Mitchell Dijks, Gary Medel, Takehiro Tomiyasu and Mattia Destro will miss the home game against the Nerazzurri. In the starting eleven major changes are not expected. For a Bologna against Inter Milan tip on the hosts are offered odds of up to 3.60.

For the Nerazzurri from Milan, the last seasons did not really go according to plan. Year after year, a placement among the top three teams in Italy was missed. A circumstance that was hard to accept for the traditional Milan club. As expected – even if late – there was a major change at Inter Milan this summer.

There was a lot of investment in the transfer market. In the summer just over 150 million euros were spent on new arrivals. But the most important man in the squad is undoubtedly on the bench.

Antonio Conte has done a great job so far and is a close follower of Juventus with the Nerazzurri. Already after a few competitive games, the handwriting of the coach was already recognizable. The Black and Blue have been playing a strong season so far and lost only in the top match against Juventus.

The start of the season can therefore be seen. Recently, Antonio Conte’s side dropped points at their home game against Parma and failed to punish Juventus. It remains after the victories in the English week at the minimum residue of one point.

Nerazzurri have won all five away fixtures in Serie A in a foreign country. For the sixth consecutive victory at Bologna they are offered at 2.10 against Inter Milan.

Next week, the Schwarz-Blauen will be playing in Dortmund at the groundbreaking third group match. It therefore remains to be seen which start-up decisions Conte will make against Bologna. With Alexis Sanchez, Danilo D’Ambrosio and Stefano Sensi the Nerazzurri continue to complain three failures in the squad.

In the last season, the guest team prevailed in the duels between the two clubs. For the first time since the 2012/13 season Bologna won in the recent competitive match against Inter Milan.

At home, the Rossoblu from Bologna has not won against the Nerazzurri from Milan for over 17 years. Inter Milan prevailed in three out of the last four away games in Bologna.

Before the Torino derby between Juventus and Torino FC Inter Milan wants to present in the away game against Bologna. This should at least temporarily increase the pressure on the old lady from Torino. So far, there was little to criticize in the Serie A appearances of Conte-Eleven. Away, all league games have been won so far.

♦️ At home, Bologna has not won against Inter Milan for over 17 years.
♦️ Inter have won all away matches in Serie A this season.
♦️ Inter can now take the championship lead with a win over Bologna.

Bologna was in quite a good shape at home this calendar year. In the last eleven home games, there was only one conceivable tight last-minute home defeat against AS Roma. Most recently Rossoblu stumbled considerably and is currently in a minor crisis.

In the last seven competitive games, there was only one victory for Bologna. Therefore, at Bologna we are risking a bet against good odds on an away win against Inter Milan, for which we use a total of four units.