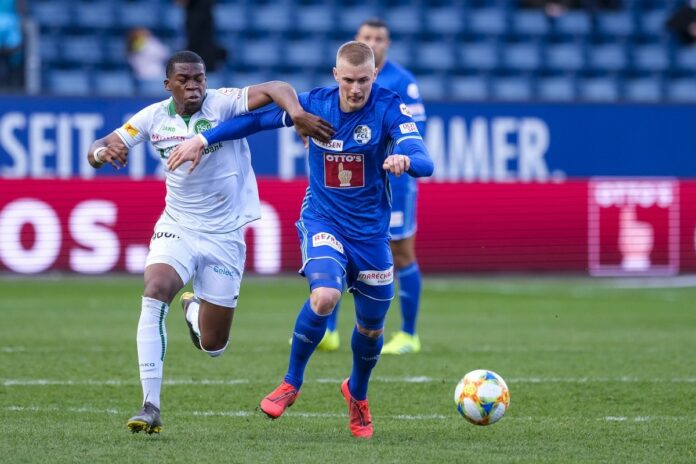 Experiments were yesterday! From this weekend on, things are back in Switzerland! The 123st season of the Swiss Super League will be kicked off this weekend, so that the Swiss clubs start as one of the first teams in the new season 2019/20. After the sovereign championship of the Young Boys fans hope this season for more excitement in the championship fight. Otherwise, there was drama in abundance, because the Super League presents itself as extremely balanced. This will probably not change in 2019/20. On the first match day, FC St. Gallen and Luzern face two teams that finished the season 46 points each year!

However, there was cheering at Luzern and pure disappointment at Sankt Gallen. The central Swiss qualified for the better goal ratio for the Europa League and are already in action next week. The Zeidler-Elf from Sankt Gallen, on the other hand, will be able to watch the Europa League in front of the TV set as much as possible. The goal, however, is to be internationally represented again next year. At the start of the new season, the bookmakers can make out no favorite, so between St. Gallen and Luzern balanced odds are offered.

When Peter Zeidler took over last summer at the Espen, FC Sankt Gallen had a bloated squad. He needed some time to find the right players for his philosophy. Twelve months later, the squad is still relatively large – especially since there is no double burden. The German head coach now has more players who meet his expectations. It is boring at the meetings of the Zeidler team as good as ever. After the conquest of the ball, the actors know only one way – the direct way forward. His players should dare to play football and make mistakes. Zeidler’s philosophy can certainly be compared with those of great coaches like Pep Guardiola, Jürgen Klopp or Julian Nagelsmann – with the difference that in Sankt Gallen the quality is much lower than in the teams of the above-mentioned coaches.

The vertical game is always preferred and to this end there are countless scoring opportunities and hits. However, this very offensive style of play is a little to the detriment of the defensive. Especially the home games are a true football festival, in the previous year ended no less than 84 percent of games in Kybunpark with at least three goals. In 56% of the matches there were even at least four goals to see.

In the season’s finals, St. Gallen was extremely strong and scored ten points in the last five rounds, but missed only very thinly due to the goal difference. Outstanding in recent games was Altstar Tranquillo Barnetta. The former international could not be persuaded despite his best efforts to continue his career. In addition to Barnetta, there are two more painful departures in the central midfield with the loaners Vincent Sierro and Majeed Ashimeru. Lukas Görtler (FC Utrecht), Moreno Costanzo (FC Thun) and Jordi Quintilla (who despite some offers remains so far) to give the new midfield trio. In addition, Zeidler can count on his top striker again. Cedric Itten is ready for action after having passed the cruciate ligament rupture.

The preparation matches have been extremely auspicious so far, and St. Gallen has not lost to prestigious teams like Celtic or Sporting Lisbon. The self-confidence is accordingly large and based on these results, a tip on the home side could certainly offer between St. Gallen and Luzern.

At the end of last season, the FC Luzern lost against Young Boys with 0: 4 and cheered anyway. Due to the results in the other places was ranked fifth and thus the re-qualification for Europe. However, the memories of international business are not very positive among central Swiss. In the six last attempts the Aus came after the first knockout duel. 2019/20 this would be an absolute super-GAU, finally waits for the Häberli-Eleven a no-name team from the Faroe Islands.

“This is the first game, you do not know where you stand. The St. Gallen also have their qualities, the return of striker Cedric Itten is like a strong new signing for them. ” – Pascal Schürpf

Before the first appearance on international stage, however, it is in the Kybunpark of FC Sankt Gallen for championship points. Despite the more than clear direct comparison in the recent past, the FC Luzern wants to know anything about a self-runner. The preparation is difficult to assess and accordingly, the tension before the first competitive game is a little larger than normal. FCL captain Pascal Schürpf, who celebrated his 30th birthday just a few days ago, was also in the lead.

Personnel has done a lot at Luzern in summer. Painful is the departure of winger Ruben Vargas. The young international now tries his luck in Augsburg. With his technique and pace he undoubtedly leaves a gap in the offensive game of the FCL. On the side of the new additions, only Marius Müller and Francesco Margiotta are worth mentioning. Müller came from RB Leipzig and is the new number one between the posts. The 1.92 meter tall goalkeeper is definitely a reinforcement. Although Margiotta is a center forward, but acts more as an assistant (three goals, nine assists in the previous year). At top striker Eleke there is initially no passing. The Nigerian has an outstanding season behind him (13 goals, five assists) and will bring some rejoicing to the FCL this year. Like St. Gallen, Luzern has many goals. With these qualities on Saturday evening between St. Gallen and Luzern also a tip on goals of both teams is recommended!

FC Sankt Gallen narrowly missed qualifying for the UEFA Europa League. The reason for this failure may well be the direct duels between the Eastern Swiss and the Central Swiss. In the past season 2018/19 FC Luzern has indeed won all four league games against the aspens. This feat was the FCL for the second time in a row. This has made FC Luzern of the last ten direct duels no less than nine games victorious. Sankt Gallen was only able to draw once. The last FCSG victory is from the sixth round of the 2016/17 season.

After just five weeks of preparation, the Swiss Super League is already scoring points again. Not much has changed in the balance of power and behind the Young Boys and FC Basel there is a wide midfield, which will fight for the title “Best of the rest”. A match at eye level is the match between St. Gallen and Luzern not only because of the odds offered. Both teams tend to be at the same level, even though St. Gallen has left more impressions on the basis of the results in preparation. After all, there was not a single defeat, despite notable opponents such as Celtic Glasgow or Sporting Lisbon.

♦️ The Zeidler-Elf looks forward to a strong preparation – no defeat!
♦️ The last nine games all won against Luzern against St. Gallen!
♦️ Luzern could hold most of the squad together!

Another commonality is the game philosophy, because “Safety First” does not exist. Both coaches stand for offensive football and accordingly the games are mostly spectacular. An absolute bank were in the past season at Luzern FC bets on at least one goal. Central Switzerland had 2018/19 not a single goaller draw. Also we expect on Saturday a hit-rich start in the Super League and find great favor between St. Gallen and Luzern in the tip on the over 2.5, which we allude with seven units use! 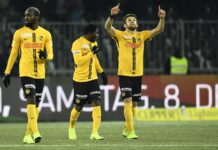 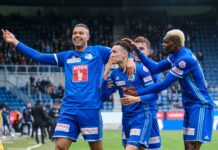 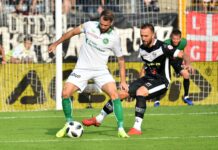