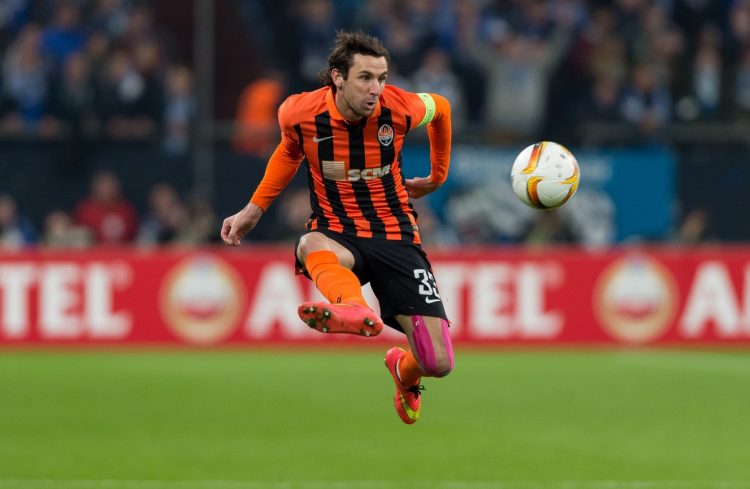 In Ukraine, the first title will be awarded this week – the final in the cup competition is on the program. A match at eye level can not be expected, but it is a duel between David and Goliath. The series champion Shakhtar Donetsk meets Inhulets. An association that probably nobody can do anything with. Inhulets is a second division and is considered in the final as a blatant outsider.

Anything but the title win of the sovereign league leaders of the Ukrainian league would be a big surprise. This opinion is shared by the bookmakers and even for a victory in the regular season of Shakhtar Donetsk against Inhulets are offered only odds around 1.10. In the final, which will be kicked off on Wednesday at 8 pm in the Slavutych Arena in Zaporizhzhya (capacity 12,000 spectators), it is probably only about the height of the victory.

In the last three years, Schachtjor Donetzk has been able to win the title and is now the Ukrainian record cup winner with twelve titles. In this season Paulo Fonseca’s team has not only the big chance for the fourth title in series, but also the third double in a row. In the domestic championship, the reigning champion will probably be able to fix the title defense next weekend. With four laps to go, Dynamo Kiev’s lead is eleven points – winning number twelve in the league is virtually guaranteed. Throughout the season, the Ukrainian-Brazilian mix has suffered only one defeat on the national stage. On matchday three, they lost 1-0 to Dynamo Kiev, and since then Fonseca’s charges have been unbeatable. Outstanding is the defensive, as the champion has received just 22 goals in 22 league games!

However, a look at the international results shows that Donetzk is hardly challenged in the national championship. In eight international games, the Ukrainians had to accept no fewer than 22 goals. At home, however, is Schachtjor Donetzk the measure of things and in the final against a second division, the Fonseca team will have no problems. The failures of Maycon and Marlos are not a problem; Schachtjor has the necessary cadre width to compensate for these failures.

Between Shakhtar Donetsk and Inhulets, a tip on winning in regular time is not recommended due to low odds. More interesting options are bets on a “to-zero victory” of the favorite, a handicap victory (handicap 0: 2) or a big over (over 3.5 goals). For these bets in the final match between Shakhtar Donetsk and Inhulets quite acceptable rates are offered.

FC Inhulets Petrove – a club name that many probably read for the first time. This is anything but a shame, after all, the club has so far not been able to attract attention. The club’s history is also extremely young, the club was only founded in 2013. Petrove is a city in eastern Ukraine with just over 7,000 inhabitants. Since the season 2016/17, the club plays in the second-rate “First League” and reached it in the past season, an excellent fourth-place finish. Only two points were missing the small club to reach the promotion round.

In the current season, the performance from last season can not be fully confirmed. Head coach Serhii Lavrynenko’s team is currently in seventh place, but they are already ten points clear of the place in the promotion round. Nonetheless, the current form is quite satisfactory as Inhulets has collected 15 points in the last eight league games (four wins, three draws, one defeat).

The first promotion to the first league is still waiting, the sensational qualification for Europe is still possible. Although Inhulets beat three first-division sides on their way to the first Cup final with FK Mariupol, Karpaty Lviv and Soria Luhansk, the title would probably be the biggest sensation in Ukrainian football in recent years. A goal in regular time would be a small success. For these bets in the match between Shakhtar Donetsk and Inhulets odds in the range of 2.00 are offered.

The final in the Ukrainian Cup will be the first duel between these two teams!

David against Goliath. Rarely has the role in a cup final been as clear as on Wednesday evening in the Ukraine. The dominator of Ukrainian football meets a midfield club from the second division. A sensation can be almost ruled out and accordingly are on Wednesday in the match between Shakhtar Donetsk and Inhulets, the odds of over 20.00 for the victory of the outsider in the regular season.

📌 The new double – the third in a row – is within reach!
📌 For the first time the two teams face each other!
📌 Inhulets was founded in 2013 – for three years the club plays in the second division!

On the national stage, the Fonseca-Eleven has no real competitor and dominates the happenings at will. Between Schachtjor Donetsk and Inhulets, the prediction for the fourth cup title in series for Schachtjor is the logical choice, but this tip is not lucrative. With only nine goals conceded in the league, the bets that the favorites remain without a goal are quite tempting. Even more interesting is the tip on the over 3.5! For at least four goals in the final game between Shakhtar Donetsk and Inhulets Guts offers odds of 1.80. This is hinted at by the use of five units. The underdog has nothing to lose and can play completely free, but the quality will be barely sufficient to bring with a defensive tactics Schachtjor in distress. Scoring chances are the logical consequence – and accordingly goals!