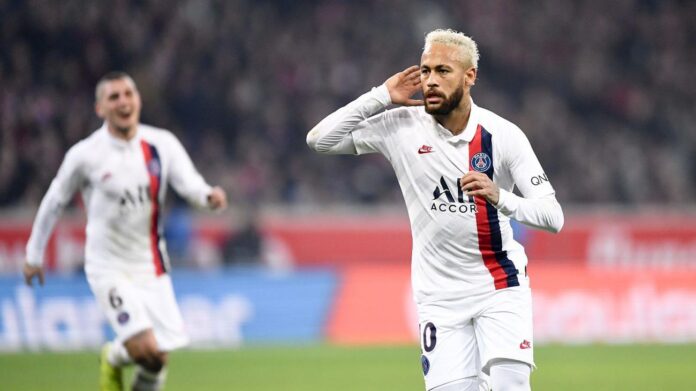 In the encounter between PSG and Montpellier, the roles are of course clearly divided: the hosts are on the right track to realize the third championship in a row. The offensive in particular is currently going strong. In this context, Kylian Mbappe and Neymar have an internal competition over who will score the most goals.

As a rule, they even meet together. The guests also arrive in a stable condition. Three wins were last achieved in Ligue 1. However, the opposition was consistently very easy with a team like Dijon or Amiens from the table cellar.

In addition, Montpellier shows two faces this season: On the one hand, the team of coach Michel Der Zakarian is the third strongest club, but away from home the performances drop all the more. Only one win was achieved in ten attempts abroad.

Even with the fourth division club ASM Belfort in the Coupe de France, the footballers from the Mediterranean had to admit defeat this week. The match was decided after a penalty shoot-out, which is why it cost extra strength.

For the match between PSG and Montpellier, the tip includes at least three goals from the home side, who are once again offensive. A value that was topped in the most recent duel with the HSC last December. The kick-off in the Prinzenpark takes place on February 1st. The PSG vs. Montpellier Forecast is played with six units.

At last year’s runner-up from Lille, the Parisians won 2-0 last weekend. For the mastiffs it was the first home defeat of the season.

Once again it became clear that Paris Saint-Germain is not comparable to the other representatives in the French upper house. The team is currently less plagued by injuries than in the previous season, which is why the enormous class in the squad can be accessed more.

As mentioned at the beginning, the attack department in particular is currently unstoppable: 17 goals in the last five league games impressively show their exceptional position in the league. Neymar and Mbappe each have 13 goals this season, making them the most accurate players in the top French division after Wissam Ben Yedder of Monaco.

In the encounter between PSG and Montpellier, the odds for a joint double pack of offensive players are therefore extremely interesting.

“The most important thing tonight was to win and to qualify for the next round. We did a great job tonight. We knew it wasn’t going to be easy. ” – Defensive player Leandro Paredes versus PSG TV after the recent win in Pau

The Brazilian scored in nine of the last ten appearances in the PSG jersey. Mbappe scored eight times as part of this flashback. The opposing keepers were overcome seven times!

The prediction also speaks for the fact that the duo scored goals last December when they met the kickers from the south. This week the Elf von der Seine also had an additional game in the Coupe de France.

As part of this, a 2-0 victory against the third division side from Pau was achieved, although a better B-eleven played the match in the Pyrenees and the home side had previously defeated a first division side with Bordeaux. The only downside in the encounter was the injury to Colin Dagba. The 21-year-old defender will not be available for the time being.

Montpellier came very slowly from the starting blocks for this season. Finally, the footballers from Occitania climbed up in the tableau. Fourth place is the best season finish so far, which previously only flashed after the 14th round in the classification.

One reason for the upturn, which should always be seen against the background of a program that was very easy, as mentioned above, was an improved offensive in the sixth of last year.

The attacker Florent Mollet plays a positive role here: The 28-year-old has scored in three of the last five competitive games. With six goals of the season in the league, the attacker has already stopped his previous year’s result. It is obvious that Florent Mollet has finally arrived playfully in his second year with the South French.

In addition, his storm partner Andy Delort is in a stable shape. He netted three of the last four games for Montpellier and twice in the Coupe de France in the 5-0 win against Caen.

Like Mollet, the offensive player of the same age contests his second year with the 2012 champions. Dellot was already convincing in his debut season and ranked first in the internal scoring rating.

The first season duel between the capitals and “La Paillade” took place last December, as described. With 3: 1, Saint-Germain easily prevailed in the Stade de la Mosson. The home side managed only a direct shot on goal, which made the result even more flattering.

In front of their home crowd, the title holder in this pairing has also been unbeaten for six comparisons (4-2-0). The PSG vs Montpellier are pointing to a continuation of this series. Montpellier unmistakable bookmaker odds.

Montpellier won four of his five competitive games in 2020. At first glance, this chic balance sheet was due to a very gracious game plan in Ligue 1 and luck in the Coupe de France. In the latter competition, the HSC faced, among other things, the footballers from Reims Ste Anne, who are otherwise fifth-class.

From this point of view, the 1-0 away success is difficult to sell as a success. In addition, the embarrassing end against the fourth division club Belfort followed this week. It became clear once again that Montpellier is much weaker abroad than at home.

Eight points from ten guest performances illustrate the playful “alienation” among the Mediterranean kickers. Meanwhile, the Tuchel elf is already lonely at the top of the table. There has been no loss in league operations for exactly a quarter of a year and the offensive is currently very effective.

With Neymar and Mbappe, the master has two extremely reliable attacking players at hand. For the game in the Prinzenpark between PSG and Montpellier, the prediction includes over 2.5 goals on the part of the champion.

The selected border exceeded Paris in all of the most recent four home games across all competitions, usually with an average of 4.5 goals per game.

Furthermore, it must be stated that the HSC does not currently occupy fourth place in the table due to its own strength, but primarily because of the weakness of various clubs that are actually better positioned in terms of personnel, such as Lyon or Lille. 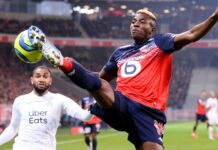 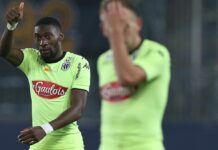 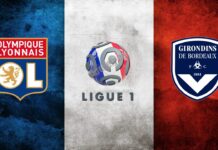