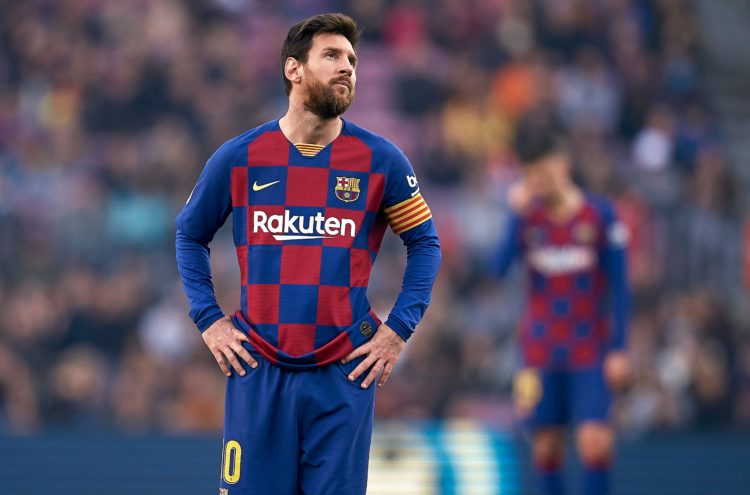 Tuesday February 25, Napoli receives FC Barcelona as part of the 1 / 8th finals first leg of the Champions League. Both teams will want to win in order to take an option on the qualification.

Present in a strong group which included notably the title holder of the competition, Napoli finished in 2nd place of its group behind Liverpool precisely and in front of the astonishing team of Salzburg as well as the Belgians of Genk and this, despite the deep crisis who rocked the club last fall. Undefeated in their group, the Italians won 3 wins against Liverpool (2-0), Salzburg (2-3) and Genk as well as 3 draws against these same opponents (1-1, 1-1 and 0-0 respectively ). In Serie A on the other hand, the Neapolitans live a difficult season. On the other hand, they have displayed better dispositions for some time and they have also won their last 2 games played on the lawns of Cagliari (0-1) and Brescia (1-2). Napoli thus rose to 6th place in Serie A.

Opposite, FC Barcelona finally succeeded in obtaining its qualification quite easily despite the presence of two big cars in its pool, Borussia Dortmund and Inter Milan, Slavia Prague completing the group. After having started with a draw in Dortmund (0-0), the Catalans responded present against Inter (2-1) and Slavia Prague (0-1) before being held in check by the Czechs (0 -0) at Camp nou. Finally, they found success by winning in front of Dortmund (3-1) and again against the Milanese (1-2). On the national scene, the Blaugranas are fighting for the title, in 2nd place behind Real. But they are not necessarily convincing. Not far from the correctional against Betis (2-3), they then narrowly dominated Getafe (2-1) before easily gaining the upper hand over Eibar last weekend (5-0).

The staff for Napoli vs FC Barcelona

For Napoli, the usual substitutes Malcuit and Younes and the potential holders Llorente and Koulibaly will not be available for this meeting. In attack, we should find the trio composed of Callejon and Insigne and the striker Mertens.
As for months, attackers Dembélé and Suarez are still recovering. Also, in attack, we should find, alongside Messi and Griezmann, the young Ansu Fati.

The compositions for Napoli BARCELONA

The history of confrontations Napoli vs FC Barcelona

Since 2008, the two clubs have only faced each other in friendly confrontations. This summer, Barça won twice against the Neapolitans (2-1 and 0-4).

Key points for the match Napoli vs FC Barcelona

– Barcelona have won only 3 of their last 6 trips in all competitions.
– Napoli alternates the good and the less good for several weeks.
– Barcelona is deprived of several important attackers like Suarez and Dembélé.
– Napoli is only 9th in its championship.
– Napoli managed to bring down Liverpool in the group stage.

These two teams are not necessarily confident and they could leave back to back Tuesday evening after the first leg.