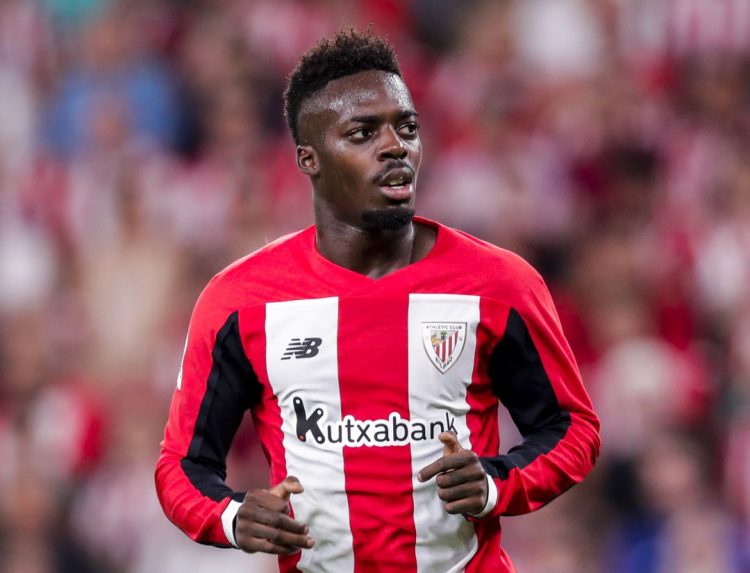 Will Athletic Bilbao stay in the top flight with an away win? Here is our tip!

Will the newly promoted Mallorca of all things against the current second-placed Athletic Bilbao back on track? In Mallorca, the joy at the end of last season was huge, because you finally made the return to the highest Spanish league. After a first victory RCD Mallorca landed last but by two defeats back on the hard ground of the facts.

For this reason, you should have been quite happy with the Mallorcans, that there has been a brief interruption by the international break. Finally, one could use the time for an intensive training, even if some national players were not present.

In the upcoming duel between Mallorca and Athletic Bilbao speaks in the prediction not so much for the host. This is mainly due to the fact that the guests from the Basque country have started this season extremely well. Athletic Bilbao are undefeated so far and immediately set an exclamation point at home in the first league game against the reigning Spanish champions.

Before the international break Bilbao also showed in the Basque derby against Real Sociedad again a good performance and gave the faithful supporters a home win in the derby. On Friday night, the match between Majorca and Athletic Bilbao for a tip on a home win with up to 3.60 the significantly higher odds. This shows that the host will go into the race, at least for the bookies as a clear outsider.

A trip to Mallorca has been worthwhile for football fans since this season. In recent years, RCD Mallorca had crashed quite a bit and landed in the third Spanish league in the meantime. But after the rise at the end of last season, the Mallorcans are represented again in La Liga.

It remains to be seen, of course, how RCD Mallorca can hold its own in the top division this season. On the first matchday, the team of coach Moreno had first Eibar guest. Here, Mallorca showed a good performance and could celebrate with a little luck a 2-1 home win. This success was mainly due to the fact that the winning goal resulted from an own goal.

Then Mallorca had another home game against Real Sociedad. Here, the promoted for a long time could hold a goalless draw. However, in the end it was not enough for the hoped-for point win because goalkeeper Manolo Reina had to accept a decisive goal just a few minutes before the final whistle.

Before the international break was still a first away game for RCD Mallorca on the program.

“When I play, it always calms me down, and if not, Moreno tells me to keep working and wait for my moment. He’s one of the best coaches I know. ” – Idrissu Baba

Here the journey went to the mainland to Valencia. For Champions League participants, there was nothing to get for Mallorca. This had to do with the fact that the newly promoted once again could score no goal. On the other hand, there were two penalties against Mallorca, which had to end the return journey with a 2-0 away defeat.

It should not have escaped the coach Moreno that his team could not convince, especially in the offensive until now. Finally, Mallorca succeeded only one hit on the first three matchdays. This goal was achieved by Dani Rodriguez in the opening victory against Eibar at Estadio Son Moix.

In Transferentspurt they were again active in Mallorca and has borrowed with Abdul Rahman Baba a left-back from Chelsea. In addition, the coach with Fabri has yet to get a very experienced goalkeeper from Fulham FC. But before the home game against Athletic Bilbao, the coach has at least no major injury concerns and can probably send his wishing for the race.

For Athletic Bilbao last season was initially for a long time absolutely disappointing. For example, the Basques were only in 15th place after the 19th round, with just three points ahead of a relegation zone. Coach Gaizka Garitano, who took over the team during the last season, provided the turn for the better.

Fortunately, the Basques under the new coach had nothing to do with the relegation battle at the end of the season. Unfortunately, from the point of view of the fans, it was no longer enough to qualify for the Europa League because of the disappointing first half of the season. In the current season Athletic Bilbao seems to confirm the upward trend so far.

Finally, the Leones are after three completed league games in third place. Bilbao defeated Barcelona on aggregate thanks to a substitute Aduriz in extra time on Matchday 1. Then the Basques had an away game at Getafe on the program.

There, the team of Garitano went in the fourth minute with 1: 0 lead. But only a few minutes later Athletic Bilbao had to accept the equalizer. In the further course of the game there were no more goals and so jumped out at the final whistle a 1-1 draw.

“It was good for us, with the people who had fewer opportunities to extend a few minutes. The field was not good, but the most important thing was to add a few minutes of competition and no injuries. ” – Gaizka Garitano

As a result, Athletic Bilbao have not won 16 out of the last 20 away games. Then it went back home in the derby against Real Sociedad again significantly better and the team gave their fans through goals from Williams and Raul Garcia a 2-0 home win. Athletic Bilbao now wants to use its good form to supplement even the weak outlook balance a little.

In the duel between Mallorca and Athletic Bilbao brings a tip on an away win interesting odds of at least up to 2.35. Absence is probably the Oscar of the Basque due to a sprained ankle Oscar de Marcos.

Between Mallorca and Athletic Bilbao, there have been at least 60 football matches so far. For RCD Mallorca, it was only enough for 18 victories. Significantly more successful in these direct duels Bilbao, which was already happy about 29 successes. A draw ended in the past 13 games between these two teams.

Promoted against second in the table! So you could also rewrite the game on Friday evening in the Estadio Son Moix. Therefore, in the match between Mallorca and Athletic Bilbao, a paper-based prediction is not difficult.

But that will not stop the promoted RCD Mallorca from giving everything for a good result. Ideally, the Mallorcans want to build on the performance of the first match day, when they could claim a home victory directly.

After that, there were two defeats for Mallorca in a row. The spectators in the stadium hope that their own team will be significantly improved after the international break. On the other hand, Athletic Bilbao is currently in the best mood. Finally, you are on a sensationally good second place in the table before this fourth round of play in La Liga.

However, coach Garitano should still be a little worried about the away weakness of his squad. Because in the last 20 away games, it was enough for Bilbao overall only to a meager four successes.

Nevertheless, we try the match between Mallorca and Athletic Bilbao at betting odds of 2.35 with a tip for an away win. For Bilbao speaks in our view in this duel in the first place, the good early form of the Basques.