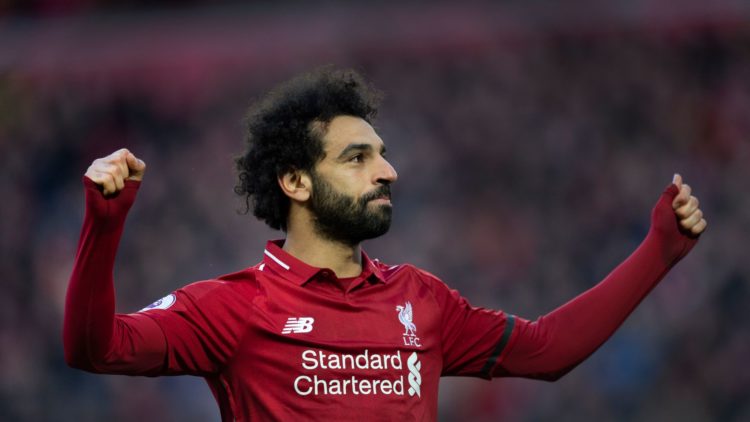 It sounds strange that just the reigning Champions League winner from Liverpool just two weeks ago could stop an almost embarrassing negative series. The 4: 1 success of the “Reds” in Genk was namely the first away three of the team of coach Jürgen Klopp in the group stage of the premier class after four defeats in series.

In the previous year, the English in the first round by no means stained with fame and finally had it alone thanks to the three home wins that you could even make the entry into the second round. Also in the current season, the Premier League leaders at European level is harder than expected. However, this does not change the fact that Liverpool goes Genk according to the bookmakers’ odds as a big-shot favorite.

A victory against the Belgian underdog is not only extremely likely, but also no alternative, so as not to unnecessarily come under pressure in the remaining two group matches. Normally, on Tuesday evening anyway, the only question is the amount of the victory. The Klopp charges have been in great shape for months and showed the blue-white in the first leg two weeks ago in the mentioned 4: 1 clearly the limits.

As a result, ahead of the uneven Champions League duel between Liverpool and Genk, we predict that a tip on the home side will likely be crowned with success. However, as it is far from easy to select a suitable market due to the clear favorites, we place our bet on the fact that the Anfield footballers win both halves and thus profitably use their obvious advantages.

Week after week Liverpool FC invents new superlatives. The Reds were recently praised for their structured, controlled appearance and the consistent success, the team of coach Jürgen Klopp also proved in the recent two competitive games from the previous week, that you can also win emotionally or happily.

In the round of 16 of the English League Cup, the reigning Champions League winner prevailed on penalties against Arsenal. Curious: After regular playing time it had stood at the Anfield 5: 5. No less dramatic was the guest appearance on Saturday afternoon at Aston Villa, which was only turned two goals in the closing stages (87th and 94th) in favor of the Liverpooler (2: 1).

It seems that “Kloppo” is currently “making gold out of shit”. Anything that touches the native Black Forest, comes to a positive end. Not least because of this, the enthusiastic fans have no doubt that their team will clinch their third victory in the fourth match on Tuesday evening in the premier class against the Belgian outsider.

After the opening defeat in Napoli, in the wake of which memories of the previous year were awake, when the later title holder was already in the group stage shortly before the end and only on the basis of direct comparison against the Italians reached the knockout round, the “Reds” last in a close 4: 3 against RB Salzburg and 4: 1 in Genk their favorite role.

In particular, the away win at the Belgian champions showed that the English play in a completely different league and in all respects are superior. In addition, since the LFC has to be assessed significantly more in front of a home crowd, it is in our eyes definitely understandable that the Liverpool Vs. Genk odds imply a victory probability in favor of the hosts of over 90%.

In the group stage, the men from Merseyside are now in six home wins in a row, in which Sadio Mané and Co. achieved a whopping 22 goals (almost four on average per game). Throughout the competition, the record of eight successes from the recent nine encounters in front of their own fans can also be seen. The bottom line is that the Liverpoolers are unbeaten even in 23 consecutive European home games.

Due to the numerous arguments in favor of the home side’s success, we decide before the game against Liverpool Genk for the tip that the Klopp elves decide both halves for themselves. In the first leg, a corresponding bet would have paid off. Two weeks ago, the LFC led 1-0 at halftime and screwed after the break the result to 4: 1 in the air.

Joel Matip, Xherdan Shaqiri and Nathaniel Clyne will be injured. Otherwise, the world coach of the year but all actors are available. However, it must be stated that Klopp will definitely think about sparing one or the other regular players, as this weekend is the top match in the Premier League against Manchester City on the program.

Thanks to the statistical background, we can state that KRC Genk is the most unsuccessful team among all 32 Champions League participants. The reigning Belgian champion has already completed 15 matches in the premier class and never won. No other team in the group phase can or must say so.

Almost ten years after the Blue-Whites first participated in the most important European club competition, there has not been much to be had in the current season. To start Genk lost 2-6 in Salzburg and thus conceded the second highest defeat of their own European Cup club history.

At least at home, coach Felice Mazzu’s side justified their participation in the Champions League group stage, as in the second group match, the underdog mauled a notable draw against SSC Napoli. However, the team from the Flemish region failed to confirm the level they showed in this match at the 1: 4 two weeks ago against Liverpool.

For this reason, we are also far from aligning our prediction on Tuesday night between Liverpool and Genk towards a surprise coup of the guests. The most recent five away games in the premier class (including qualification) were all lost. The Belgians conceded 18 goals in all of their recent three appearances (six on average), so that our tendency towards a renewed gossip is not wholly unfounded.

Another complicating factor is that the Royal Association of Limburg is also in a weak state at national level. In the recent four league games, the blue-white celebrated only a victory. At the weekend they succumbed to the cellar child from Eupen in an embarrassing way with 0: 2.

Incidentally, this was already the third successive defeat that Genk had to endure in the stranger in the – with all due respect – second-rate Belgian Beletage. In the classification, the reigning champion lags far behind his own claims and can defend himself the topic of title defense, considering 13 points behind leaders Bruges.

Coach Mazzu, who took office in the summer and is currently heavily criticized, must continue to do without his regular keeper Vucovic, who is struggling with achilles tendon problems. However, we are currently not aware of further failures. In the offensive, the hopes rest on striker Samatta, who leads the internal scoring charts in the league with six goals and was spared even at the weekend for the highlight game in Anfield.

The first leg two weeks ago was the first and only meeting of these two clubs so far. The England visitors opened the scoring with Alex Oxlade-Chamberlain 2-0 after just two minutes, extending their lead to 4-0 over Oxlade-Chamberlain and Mané and Salah in the second half. Stephen Odey’s follow-up goal was only result cosmetics.

Liverpool have been unbeaten in six encounters with Belgian opponents (five wins, one draw). In general, the record with eleven wins, two draws and only one defeat against clubs from the country of the World Cup third party can definitely see. At Anfield, the six-goal win in six matches is absolutely perfect (15-4 goals). From the perspective of the Belgians it remains to say that the only appearance on the island 2011/2012 at Chelsea FC with 0: 5 went bad in the pants.

If we look at the betting odds of the bookmakers before the duel Liverpool against Genk, then the omens seem more than clearly distributed. Of course, the reigning Champions League winner will be a big favorite and will not be the only one to let go of the team that have never won a match in the club’s premier group stage in their club’s history.

Secretly, the question of the winner of this encounter does not arise. Much more interesting, therefore, is the issue of how high the success of the homeowners will be.

Since we do not want to lean too far out of the window between the LFC and Manchester City in view of the top match this coming weekend and we can not rule out that the Klopp squad shuts down some gear at an early stage, we at Liverpool keep the odds against Genk that the “Reds” win both halves, for much more lucrative than the prices on a handicap success with three or even four goals advantage.

♦️ Liverpool have been unbeaten in 23 European home games; last eight wins from nine games
♦️ Genk lost the last five CL’s all together; 18 goals in the last three duels
♦️ In the first leg two weeks ago in Belgium the “Reds” kept the upper hand 4: 1 (1: 0-HZ)

Liverpool have been unbeaten in the European Cup for 23 home games and have won eight of their most recent nine matches at Anfield on the international scene. In addition, everything seems to be working for the league leaders at the moment.

On the other side, the reigning Belgian champion is currently in poor shape. In the league, it is currently only enough to ninth place and also the only ever guest appearance in this year’s Champions League season at RB Salzburg (2: 6) does not really give much courage.