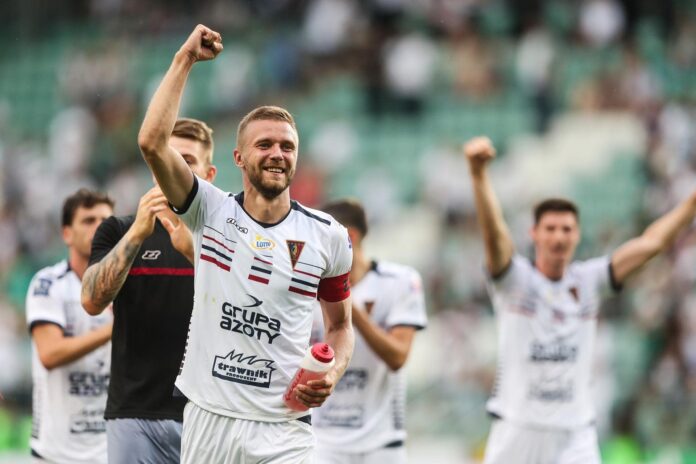 Lech Poznan vs Pogon Szczecin is a duel that counts for the penultimate stage of the regular season of Poland, which will be played on Tuesday, on “Miejski Stadium”, where we expect the goals to be what we want green the tickets.

It is one of the most successful teams in the history of Polish football, which for years has not fought for the title, it’s true, but which every season has claims to European places.
Before this stage, the hosts were on the fifth position of the ranking, being only one point away from the third place.
During the 28 rounds of the championship, they collected 43 points, coming from 11 victories and ten draws, suffering only seven defeats. Following these games, they scored 48 goals, receiving 19 less.
In the first championship match played after the break, Lech Poznan received the visit of the leader Legia Warsaw, in front of which he lost 0-1, followed by a spectacular draw away from Zaglebie Lubin, score 3-3.

It is a slightly better team, at least in terms of ranking, but which, in terms of value, is not superior.
The visiting group is above its opponent in the ranking, on the third position, one point away. The 28 stages brought him 12 successes, eight draws and eight defeats, matches after which they scored 28 times, receiving two fewer goals.
Like his opponent, Pogon Szczecin returned to the championship with failure, losing to Zaglebie Lubin on his own field in a clear manner, score 0-3. But then he gave a good reply, defeating Krakow at the minimum score, in a match also played on his own field.

The protagonists of this confrontation are separated by a single point, both having huge claims to European places, so they have every reason to give their all on the field. In the last three direct confrontations, it was scored every time at both gates, that’s why we anticipate a similar outcome. Therefore, we recommend a bet on “both teams to score“, at a odds of 1.90.