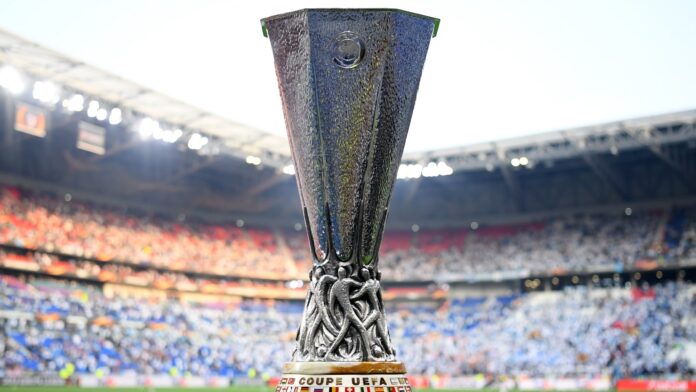 Will FK Kukesi move into the next round?

In the new qualification format of the UEFA Europa League, the Albanian representative from Kukes sees a chance for the group stage. In contrast to previous years, there will be no second legs in this year’s EL qualification. Surprises can never be ruled out in qualifying for the Europa League anyway.

On Thursday evening, FK Kukesi will face the first qualifying round against Slavia Sofia. As can be seen from the odds comparison on a betting basis, there is no clear favorite in this pairing. For a home win by Kukesi against Slavia Sofia, odds are currently in the region of 2.60.

So far, the Albanian “Verilindorët” have never qualified for a group stage in international competition. Last season, FK Kukesi even ended in the first qualifying round of the Europa League.

In contrast to the Albanian representative, Slavia Sofia has resumed playing in the domestic league and has already played three competitive games there. In terms of game practice, the Bulgarians are ahead of the game. However, it remains to be seen whether this advantage will be noticeable in the upcoming qualifying game, because the start of the season for Slavia Sofia has not yet gone according to plan.

FK Kukesi narrowly missed the championship in the Albanian Super League last season. Only four points separated the “Verilindorët” from the championship leader and champion KF Tirana. It is quite possible that Kukesi will establish itself as a top Albanian club in the next few years. After all, there has been a clear upward trend in recent seasons – including a championship (16/17).

No return leg: advantage for Kukesi?

There are no second legs in the new qualification format of the Europa League. If FK Kukesi’s weak away record in international competition is concerned, it is definitely an advantage to play in Albania on Thursday evening. In the last six away games on the international stage, the “Verilindorët” remained without a win.

At home, however, there was only one defeat against Austria Wien (1: 4) in the last six home games (international). At the national level, FK Kukesi recorded a record of 13-3-1 in the last 17 home games.

The last competitive game was played in July. The team has been without match practice for almost a month. There have been few changes in the Albanian squad since then. The “Verilindorët” have strengthened themselves with a total of eight newcomers. It is not yet clear which starting line-up coach Shehi will bet on Thursday evening, especially since many newcomers have only recently joined the team.

Slavia Sofia can hardly complain about the recent end of the season. For the first time since the 1996/97 season Slavia Sofia took third place in the Bulgarian Parva Liga. Although the last season ended just under a month ago, there has been a mixed start to the season for the whites. In the first three games of the season 2020/21 Slavia remained without a win.

Will the mini-crisis continue?

After the home draw against Cherno More (1: 1), defeats against Ludogorets (0: 3) and Lok followed. Plovdiv (0-2). In the weak condition, the away game with the Albanians is now up, where Slavia Sofia is even seen as a slight outsider by some bookmakers. If you consider how strong Slavia Sofia presented in the away games last season, this assessment is very surprising.

In the Parva Liga 2019/20 Slavia Sofia had an overall away record of 10-3-3, making the Whites the strongest away team in the last season. Coach Zlatomir Zagorcic will build on that record and travel to Kukes in Albania with a broad chest.

Compared to the squad from last season, there were no changes at Slavia Sofia. The 49-year-old whites trainer can therefore fall back on a well-rehearsed squad. Zagorcic will not have any serious failures to complain about on Thursday evening. Big changes in the starting XI are not expected.

FK Kukesi and Slavia Sofia meet for the first time in their club history.

Although the home advantage of FK Kukesi is limited by the specifications of the UEFA, the best bookmakers see the Albanian representative partly as an easy favorite in the game against Slavia Sofia. The Bulgarian guests are by no means to be underestimated. Last season the Parva Liga had the best away record (10-3-3).

Even if the start of the season in the new season has been messed up so far, the Bulgarians can definitely be described as a stronger team. The odds on an away win therefore have value.

FK Kukesi played their last competitive game less than a month ago.
Slavia Sofia has already started playing in the Parva Liga 2020/21, but remained without a win in the first three games.
Slavia Sofia was the strongest away team in the Bulgarian House of Lords last season.

During the qualification game between FK Kukesi vs. Slavia Sofia aims our tip on attractive odds on an away win. As this year’s EL qualification takes place without return legs, a tip on the advancement of the Bulgarian representative is also recommended. 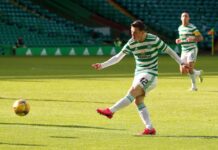 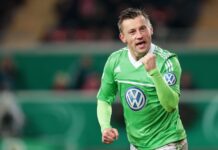 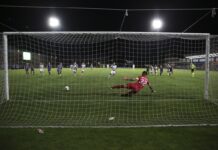