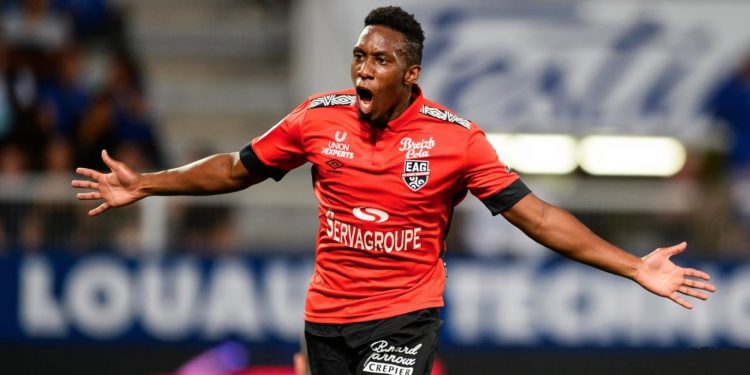 Monday night, Guingamp receives Valenciennes at the end of the 5th day of Ligue 2. The two teams will want to win to try to move up the standings.

Totally on the street last season, the Guingampais seem to have kept a legacy at the beginning of the exercise. Held in check by Grenoble after leading 2 goals (3-3), the Bretons were then beaten at Lens (2-0) before knowing their first success against Orleans (1-0). Always fragile, Guingamp then sank in League Cup against the same Orleans team (4-1), then Monday night, the Guingampais also led 2 goals against Auxerre before collapsing in the second half (2-2 ). With 5 points, the men of Patrice Lair are only 14th in the standings.
In front, Valenciennes is 10th in Ligue 2 with 7 units on the clock. However, it did not start well for the Hainault players with an inaugural defeat against Chambly (1-0) and a draw against Nancy (1-1). Then, the Northerners were victorious at Le Mans (1-2) and against Rodez (1-0).

The numbers for Guingamp vs Valenciennes

Guingamp will recover his defender Kerbrat who has served his suspension while the lateral Mellot is handed and should also begin. Touched Monday night, Sorbon will be absent. Lucas Deaux, a striker in Auxerre on Monday, left the Côtes d’Armor. Midfielder Valdivia (Nîmes) and Ba (Lens) have joined as international striker Haitian Frantzdy Pierrot (Mouscron) who have all landed this week in Brittany. Only the first named should be titular.
For Valenciennes, holders Bong and Dabo are injured and can not take their place.

Probable compositions for Guingamp vs Valenciennes:

Our Sure Betting Tip Explained Guingamp vs Valenciennes

In spite of difficulties to concretize them in the classification, Guingamp shows beautiful things at the beginning of the season. In Roudourou, the Bretons could find their way to success in front of their supporters.