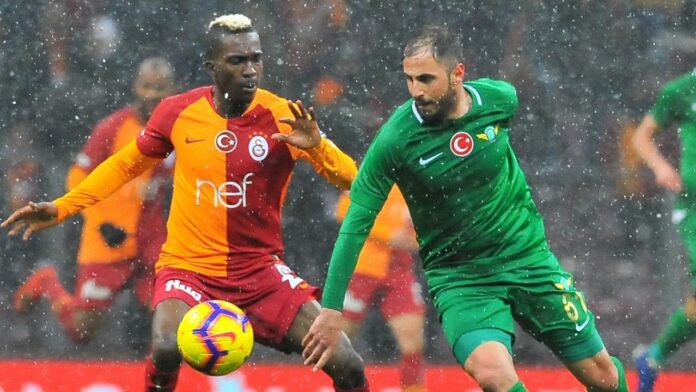 Victory for Galatasaray? Find out the answer in our full betting tip below!

The favorite death in the Turkish Cup is almost a tradition. Surprisingly, with Galatasaray Istanbul, for the first time after two seasons, again a top club from the Süper Lig took the “Türkiye Kupasi”. In contrast to other European leagues will not be the runner-up in the Super Cup in a double-win a team in Turkey, but the finalists in the Turkish Cup. Akhisarspor thus meets as a second division – relegated last season – on the Turkish record champions. Already last season, the two teams faced each other in the Super Cup, then with a better end for Akhisar. A Déjà-vu experience for the “lions” from Istanbul can almost be ruled out this time at the beginning of this competitive season.

After relegation to the second Turkish league Akhisarspor had to surrender numerous achievers. With the current squad Akhisar will also have significant problems in the second Turkish league. The new coach Mehmet Altiparmak has already led Gazisehir Gaziantep into the Süper Lig recently and now wants to accelerate the same ascent with Akhisarspor. In the Süper Kupa Galatasaray against Akhisar Belediyespor according to odds is clear favorite and anything but a prediction on the home side will probably be very daring in this case. Due to the large difference in quality between the two teams a runaway victory of the record champion is almost inevitable.

Back to business! The Turkish champions will start the new competitive season with the Super Cup against Akhisarspor and are already aiming for the next title win. In the last season, Gala won the double on the national level and thus meets in the Super Cup on Akhisarspor, the final opponent in the Turkish Cup. Already last year, the “lions” in the final of this competition ran against the Anatolian club and lost against the underdog on penalties. Unlike the previous year, Akhisar is not a big hurdle in this Super Cup edition as a second division, which is also illustrated by the Galatasaray against Akhisar Belediyespor odds.

The “Lions” have a decisive trump card on their side, in addition to the stronger squad, especially with successful coach Fatih Terim. No other Turkish coach has won as many club-level titles as Terim. However, since 2016 Galatasaray could no longer win the Turkish Super Cup. But with 15 titles, the “lions” still lead the statistics. This year Fatih Terim wants to build on the strong second half of last season and fix the 23rd league title in the Süper Lig. In contrast to the previous season, Galatasaray’s activities in the transfer market started early, which is why “Imperator” Terim was able to draw on his new signings.

Numerous new players should provide more relief, especially in the middle of the squad. With the loan of Jean Michael Seri, the “lions” were also able to get an important offensive man in the squad. In addition, came with Ryan Babel and Emre Mor promising offensive players, even though the latter was often criticized in the past because of his indiscipline. However, Mor’s most recent test match performance was notable, so it remains to be seen how the Turkish youngster will progress under Fatih Terim. It is quite possible that Emre Mor will already be in the starting eleven squad in the Super Cup.

The changes in the cadres of the “lions” do not seem to have ended yet. After leaving Ndiaye, Onyekuru and Fernando also players like Diagne are still on the siding. According to recent media reports, the “lions” want to reinforce themselves with Radamel Falcao, which would mean that a departure from Diagne to Al Rayyan seems almost fix. In the Super Cup against Akhisarspor Diagne anyway is not in the squad, as well as offensive player Feghouli. The ailing Jimmy Durmaz is expected to be spared. In Galatasaray against Akhisar Belediyespor wave for a tip on the “Lions” just once odds from 1.30.

After relegation to the TFF 1. Lig, the second Turkish league, there is at least a consolation for the fans of Akhisarspor with the commitment of the new coach Mehmet Altiparmak. The former coach of Gazisehir Gaziantep made the Süper Lig promotion with Gaziantep with a strong finish of the season and continues his career with Akhisar after failed negotiations with his former club. The resurrection is set as the goal, but after the departures in the summer, the future for Akhisar seems rather unclear. With new head coach and the change in the summer break Akhisarspor could expect a nasty surprise in the Super Cup.

The Cup title in 2018 and the subsequent Super Cup victory against Galatasaray were the biggest successes in the club history of Akhisarspor. The subsequent descent was actually almost foreseeable, because after the numerous coach changes was a clear game system at Akhisar hardly recognizable. The desired changes were largely absent, so the descent was inevitable. In the Turkish Cup, Akhisarspor missed the title defense last season and lost out to Galatasaray in the final.

Last season Akhisarspor set the weakest defense of the Süper Lig with 54 goals conceded. The defections of defensive players like Yumlu, Osmanpasa, Lopes and Yavru aggravate the situation even further. In addition, left with Güray Vural and Elvis Manu two important offensive players the club. Manu led the internal scoring list last season and was the only bright spot in the squad. Proper reinforcements did not materialize due to limited financial resources.

Altiparmak certainly had a fortunate hand in Gazisehir Gaziantep, yet his performance as a coach should not be overly praised. Gazisehir was already at the beginning of the season to the hot promotion candidates and was qualitatively strong. In contrast, Altiparmak does not expect an easy task at Akhisarspor, especially as it is not clear how the team will be after the numerous departures. To be successful in the Super Cup seems to be unrealistic with the squad, so Galatasaray against Akhisar Belediyespor would not be expected to score.

Akhisarspor was already one of the favorite opponents of the Turkish record champions in the past. Recently, however, the results of the “lions” against Akhisar Belediyespor were not exactly convincing. After the lost Cup semi-final in 2018, there was also no success for Galatasaray against Akhisarspor in the Super Cup 2018. The only three wins by Akhisarspor over Galatasaray have been recorded in the last six duels. The “Lions” were able to end the poor series against Akhisar last two successes, including in the 3-1 victory in the Cup final.

Galatasaray is once again the big favorite for the title in Turkey this year. With Besiktas and Fenerbahce together, there will probably be a three-way battle for the Süper Lig championship. The transfer activities of the “Lions” do not seem to be finished yet. A Goalgetter will continue to be sought in vain, as it was last season. With Falcao the striker problem is rumored to be solved.

Super Cup opponents Akhisarspor, on the other hand, has struggled with serious losses after relegation to the second Turkish league. The Super Cup against the Turkish record champions is the current second division at all not convenient.

There will be no reinforcement in the summer, but Akhisarspor simply lacks the financial resources. Already last year, the defensive was sometimes responsible for the catastrophic seasonal balance, which is why the disposals of well-known defensive players in the summer could have a bad consequence. The offensive of the “Lions” was last in the test matches and shot himself warm for the Super Cup against Akhisar. We are expecting a runaway victory for the Turkish champions and would recommend to Galatasaray against Akhisar Beledyiespor a tip that the “lions” will score at least two goals in the first half. For Galatasaray against Akhisar Belediyespor betting odds of 3.25 can be tapped. We choose a bet of five units.

Tell us your opinion in comments below! 📌