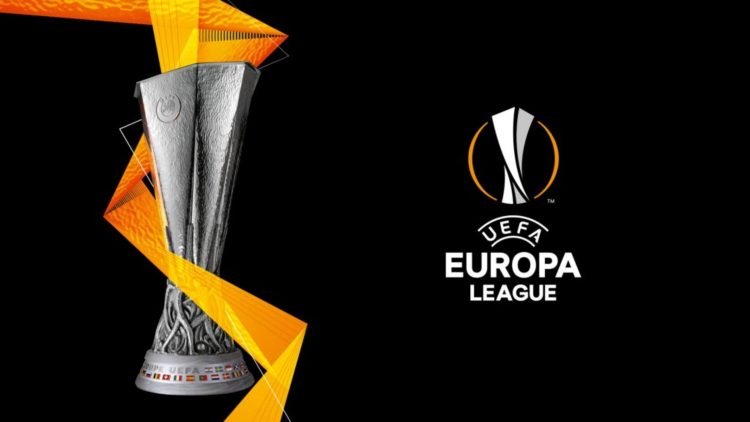 Year after year there are tragedies in the European Cup. It is very bitter when the international season as national champion is already over in August and you have to watch how other clubs make use of the financial flesh pots of the group stages. This fate will again meet many masters this year. FK Sarajevo and BATE Borisov have already failed in qualifying for the Champions League and now take on the hopeful round in the Europa League. Because both meet in a direct duel, the European dream for the loser in the coming week after the second leg will have already burst again.

For the Bosnians that would be nothing new, because Sarajevo has never got beyond the qualifying rounds and therefore has never completed a group match in the European Cup. But this fact makes Sarajevo an outsider, because BATE Borisov is not an unknown hand, even in the Champions League. For example, FC Bayern can sing a song about it. Therefore, the Belarusians are favored in this pairing and already in the first leg between FK Sarajevo and BATE Borisov the prediction goes in the direction of a victory of the guests.

It would come as a surprise if the internationally experienced Belarussians would fail at the Bosnian champions. Sarajevo is expected to break in the premier class at the hurdle Celtic Glasgow, but was lucky enough to get a bye in the Europa League. BATE had to give Rosenborg Trondheim beaten and wants to at least secure the consolation of the Europa League. We think that in the overall view between FK Sarajevo and BATE Borisov a tip on the progress of Belarussians should be almost no alternative.

In the subsequent playoffs waiting with the winner from the match between Astana and Valletta way a solvable task. One more reason to go full throttle in the third lap.

Actually, it is amazing that the Bosnian champions in the national league are already running so well, because the FK Sarajevo is severely battered and barely able to send a powerful squad to the field. Nevertheless, the defending champion is already back in the league after three match days. With seven points Sarajevo is at the top of the classification.

This means that after two defeats in qualifying for the premier class against Celtic Glasgow for three games, there was no defeat. In these three games Sarajevo did not even concede a goal. On the defensive, the Bosnian champions are at least very good. Perhaps this could be an indication that in the duel between FK Sarajevo and BATE Borisov the odds on a few goals, or that both teams will not score.

However, BATE Borisov is likely to be a harder opponent than Zrinjski Mostar, Celik or Sloboda Tuzla, who had Sarajevo last on the chest. Last weekend, Sarajevo ran with an absolute Notelf and therefore showed no intoxicating game. Coach Husref Musemic was not satisfied with his side’s appearance, but was pleased to see Sloboda Tuzla win 3-0. Haris Handzic took the lead 1-0 after just six minutes. In the final phase Anel Hebibovic made the final score with two goals.

“We expect a very tough game against BATE. We have to show in this important first leg that we are ready. ” – Husref Musemic

On Thursday, however, a tougher nut awaits the Bosnian champion. The coach does not sound so confident before the first leg, especially since he expects a very difficult match.

Personally Sarajevo continues to work on the gums. But Husref Musemic hopes the situation will ease with one or two returnees. Surely it is likely that captain Krste Velkoski back into the team, after at least the offensive player was spared on the weekend.

BATE Borisov has hosted the big names of the football world in recent years. Real Madrid, FC Barcelona, ​​Juventus or FC Bayern – they all had to be in Belarus. The Belarussian Primus was already able to celebrate one or the other respectful success. However, you can not buy anything of the glory of bygone days in Belarus, and that’s why Aleksey Baga’s team wants to at least enter the group stage of the Europa League.

Only twice have BATE Borisov missed the last eleven years to participate in a group stage in the European Cup. We would get carried away before this first leg in the third qualifying round of the Europa League between FK Sarajevo and BATE Borisov to make a prediction, after which the Belarusians will at least reach the Europa League this year.

The national Premier League is currently doing quite well. BATE has 15 games and is two points behind leaders Dinamo Brest. However, Borisov has completed a game less.

In the last eleven competitive matches, BATE Borisov lost only one game. The 0-2 in Trondheim, however, meant the end in the Champions League. Nevertheless, the Belarusian champions on the level of a third round in the Europa League is probably difficult to defeat.

Borisov really shot warm last weekend in the round of 16 of the national cup competition. With 8: 1, the league rival Torpedo Minsk was shot out of the arena. Vladislav Mukhamedov, Hervaine Moukam (3), Bojan Dubajic, Jasse Tuominen (2) and Maksim Myakish were the scorers. BATE did not even play with the first band. Therefore, on Thursday in Bosnia we expect once again a much stronger formation of the Belarussian champion.

Basically, coach Aleksey Baga is spoiled for choice. Only the experienced defender Egor Filipenko will be missing, who will fail for some time with knee problems.

FK Sarajevo and BATE Borisov will meet for the first time on Thursday. The direct comparison will not be helpful for our decision-making in this duel, as Sarajevo has never faced a team from Belarus on the pitch and BATE has no experience with teams from Bosnia.

The Bosnian champion from Sarajevo is still waiting for the first match in a group stage of an international competition. In order to realize this dream this year, BATE Borisov has to clear a supposedly big chunk out of the way. After all, Sarajevo has scored seven points in the last three games in the league and conceded no goal. These results give courage for the duel on Thursday. However, the Belarusians have suffered only one defeat in the past eleven competitive matches. This suggests that in the first leg between FK Sarajevo and BATE Borisov we are more likely to tip for an away win.

♦️ Sarajevo has never qualified for the group stage of an international competition.
♦️ BATE Borisov has conceded only one defeat in the last eleven competitive matches.
♦️ For the first time the paths of BATE and Sarajevo intersect.

References for direct comparison are not available. However, the much greater experience of Belorussians is another important factor that speaks for the guests. After all, BATE has been in a group stage of the European Cup nine times in the last eleven years, several times even in the Champions League. Therefore, we decided to play in the first leg between FK Sarajevo and BATE Borisov the betting odds of up to 2.50 on an away win.