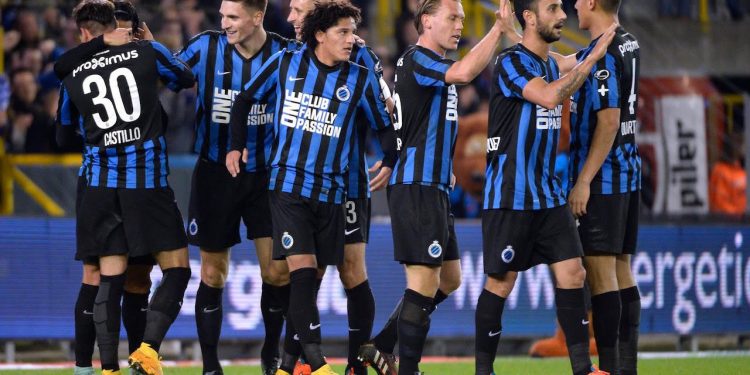 On the thirteenth round of the Belgian football league we will have face-to-face the formations of Club Brugge and Oostende.

The formation of Brugge is the current title champion of Belgian football and this year the main objective is the reconquest of the Belgian national title, for now Club Brugge is not in the lead but sees the first place that currently belongs to Genk.

Oostende is usually a midfield player in this league, and this year is no exception. Our source for smart betting tips confirms our expectation !

Club Brugge reaches this thirteenth round of the league with 27 points drawn from eight victories, three draws and a defeat with 31 goals scored and 13 goals conceded.

Playing in their stadium this formation of Brugge has five wins and a draw with 17 goals scored and only five suffered being the best home record of this Belgian league.
Club Brugge are going through a less good phase in the championship not winning three rounds of defeat against Standard Liege, home draw against Beveren and draw away from home St. Truiden in a two ball match. Vossan, Baiye and Groeneveld are in doubt for this meeting.

Ooestende comes into this game in ninth place with 15 points from four wins, three draws and five losses with a combined balance of 14 goals scored and 21 goals conceded.

Away from home they have two wins, two draws and two defeats with seven goals scored and nine conceded goals.

Oostende come from three games without a draw having drawn at home to Beveren, a heavy home defeat to Gent by four balls to zero and a draw to zero to Lokeren.

Oostende for this game has several players in doubt: Joncnkheere, Ndenbe, Bjelica, Conte, Haese and Marquet.

Playing at home and needing to win to ward off the state of crisis Club Brugge has here a flies chance to return to the victories against modest Oostende. I believe in a home victory.