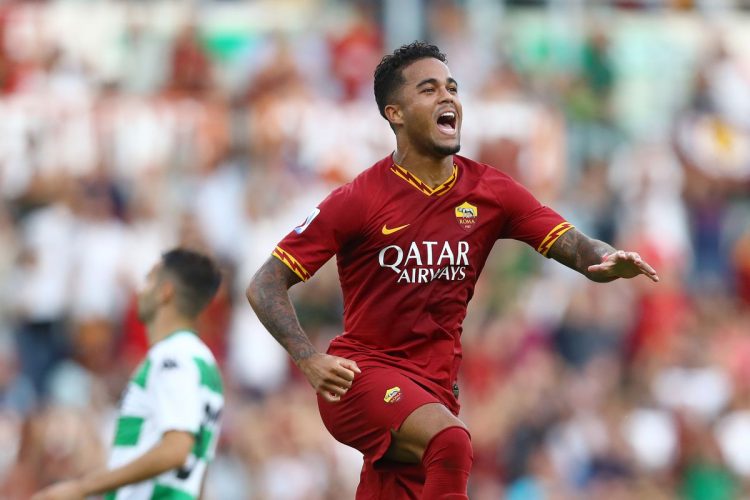 That AS Roma – last two times in a row among the top 16 teams in Europe to find in the spring of 2018 even among the last four clubs – in the 2019/20/20 season does not participate in the Champions League, is among others the fault of Atalanta Bergamo.

The Orobici finished third in the last season and are currently replacing the Giallorossi in the most important European competition for club teams. The same competition in which “La Lupa” wants to return as soon as possible.

An endeavor for which Paulo Fonseca’s team is currently on course. After four league games, the Roma are next to Inter and Juve as the only team without defeat.
Accordingly, AS Roma against Atalanta Bergamo, according to odds of bookmakers also on this fifth round of the Serie A in the role of favorite, which is quite ambivalent to see.

On the one hand, the Giallorossi finally had to concede seven goals and won at Bologna on Sunday very happy. And on the other hand, La Magica have only won one of their last nine league games against the Lombardy side, which was not enough for AS Roma. Atalanta Bergamo is definitely relevant for the prediction.

Accordingly, our trend in this top match is between the fourth in the table and the current sixth in the away win. However, because of the setbacks of the Nerazzurri English Week, we recommend playing at AS Roma against Atalanta Bergamo Tip 2 with the addition “Draw No Bet” to add extra security to the bet.

The record under new coach Paulo Fonseca can definitely be seen at the AS Roma. Five competitive games have been played under the Portuguese so far and the very first defeat is still pending. Although in the first two games of the season against Genoa (3: 3) and in the derby della Capitale against archrival Lazio (1: 1) still has a significant potential for improvement, most recently delivered “La Lupa” in the English week, however: Three victories within eight days to book.

There are currently missing with Diego Perotti, Cengiz Ünder and Davide Zappacosta equal to three important players, or are injured, while center-back Gianluca Mancini, the Giallorossi borrowed from today’s opponents from Lombardy, Sunday at last-minute 2: 1 win at Bologna picked up the traffic light card and missed the game against his actual employer now.

“Mkhitaryan is doing well physically and he has arrived in great shape. He played with Arsenal. There were few chances to train together because of the English week. The room for improvement is considerable. ” – Paulo Fonseca at Tutto Mercato

However, the long list of well-known injured and suspended players is also offset by the aforementioned last-minute goal by Edin Dzeko, who kept his nerve in the fourth minute of stoppage time and completed the perfect English week, also against Basaksehir Istanbul and Sassuolo was won. In both games “La Magica” also conjured and scored four goals each.

Speaking of Sassuolo: Without having previously exercised significant training, Arsenal player Henrikh Mkhitaryan also entered the scoresheet there, underlining why Paulo Fonseca was eager to have him. Also, to adequately replace top performers such as Perotti or Ünder, who will be able to intervene at the earliest in October after the international break.

No wonder that AS Roma vs. Atalanta Bergamo is considered the favorite at this recent upswing, according to bookmakers’ odds. It should not be forgotten, however, that new automatic mechanisms have yet to be established – above all on the defensive, where in four games despite good results (two wins, two draws – fourth place in the table) already rang seven times.

The fact that Chris Smalling, who has been loaned with trainings from Manchester, may have to take on the role of Gianluca Mancini and be thrown into the cold water, at least does not speak for the first home-match on a national level.

As a third in the preseason “La Dea” moved not only for the first time in club history in the UEFA Champions League, but reached the best league position in club history so far. There is no doubt that the Lombardy club, which for years has always been in the shadow of the two neighboring top Milan teams, is currently experiencing one of the best stages in its 112-year history.

All the more noteworthy is that despite massive restructurings, with a yield of seven points from the first four league games, the establishment in the upper third of Serie A continues to progress, although the Nerazzurri on the transfer market this summer have naturally left a lot of feathers.

It has always been a tried and tested means of restoring freshly lost supremacy in national football: buying the cornerstones of the emerging competitor. Thus, a club firstly in their own squad at least in the width stronger. And second, the competitor is massively weakened.

“I decided to stay in Bergamo because it would have been a form of betrayal for the city and the people here, even though a change would have been professionally justified. But I had no desire to follow this path, although Rome was a great temptation. But with all that Bergamo does for me, I could not get through to it. ” – Gian Piero Gasperini at Roma News

That’s exactly what AS Roma did this summer with Atalanta Bergamo, who not only bought Bryan Cristante for around 21 million euros, but also lent out Gianluca Mancini to buy-in.

Business, against which the financially weak club from Lombardy, in spite of Champions League entry fee, could just as little resist as against the sale of Franck Kessié to another club, the upswing of “La Dea” was a thorn in the side: Lombardy rival AC Milan.

All the more remarkable is that coach Gian Piero Gasperini obeyed the Orobici. The 61-year-old was at least considered the clear candidate of the Roma for the coaching, but recently explained extensively why he stayed with the Nerazzurri, where he has a difficult week behind him.

While “La Lupa” took three wins this week, “La Dea” played only 2-2 at home to Fiorentina, having scored a 0-3 in Dinamo Zagreb in the Champions League and a lot of training pay gave.

Particularly positive: Later in the evening could also leave Lazio at Inter feathers, so that the Nerazzurri could already stand on Wednesday evening in the table again on a starting place for the Champions League.

There have been a total of 126 clashes between AS Roma and Atalanta Bergamo so far and with 57 games won, the head to head benchmark clearly points towards the Giallorossi. With 41 victories, the Nerazzurri thus bring it to only 28 victories against “La Lupa”, but have done much in the recent past for this record.

Of the past nine Serie A matches, La Dea lost just one match (three wins, five draws). Last season ended both first and second leg between both offensively strong teams with a 3: 3-draw. Before that, the Orobici won 2-1 away in the Olympic Stadium.

At AS Roma against Atalanta Bergamo, our prediction is also influenced by the recent head-to-head record, which shows one thing clearly: “La Dea” has not happily outstripped the established Italian teams like the Giallorossi and gained the status As an Italian representative in the Champions League worked out, but has been on a steadily rising branch for several years.

Although the Elves of Gian Piero Gasperini still needs some time after the personnel restructuring, players like Luis Muriel, Simon Kjaer or even Mario Pasalic have already arrived remarkably well in Lombardy.

Not to forget, however, is the recent momentum of the Romans, who won all three games in the English week and scored a total of ten goals, although the 2-1 win in Bologna was ultimately quite happy.

Nevertheless, we play at AS Roma against Atalanta Bergamo Tip 2 with the hedge “Draw No Bet” to be at least secured against the not unlikely event of the division of points.

After all, five of the last nine duels between the two teams ended in a draw. For this, AS Roma vs Atalanta Bergamo has odds of 2.38. Because the bet would only be lost at Giallorossi’s home win, we are investing six units.