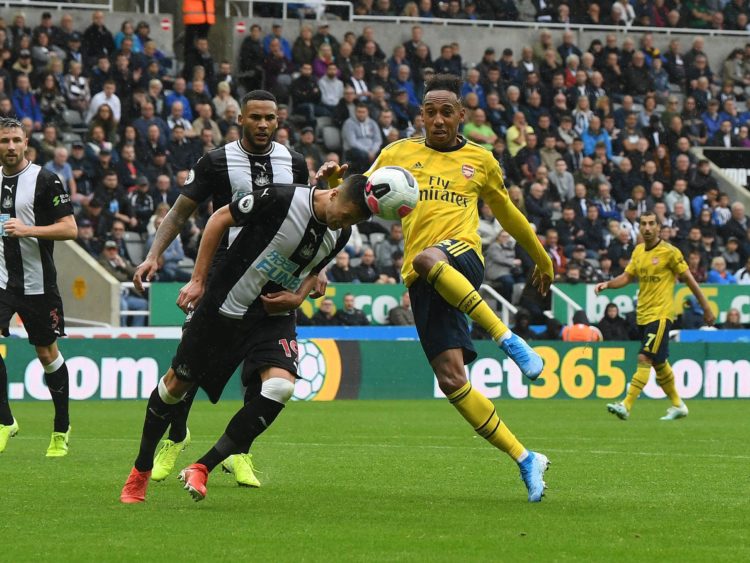 On Sunday afternoon, the Emirates Stadium is the scene of the duel between Arsenal and Newcastle. This game is also about a lot, especially Arsenal will be exciting to watch. What adjustments could Arteta make during the short break? Did the Spaniard make the players look fitter and more relaxed at the same time?

But looking at the table reveals: Newcastle is tied with Arsenal in the midfield of the Premier League. Are the odds lying? No, not necessarily, because the expectations of the hosts can be high. The development under Arteta makes this possible.

Arsenal’s problem with Mikel Arteta is that too many games end in a tie. There have often been very good signs in the past few weeks, but towards the end of the game the club from London was visibly running out of steam. The lack of fitness, which was obvious after Emery, simply could not be remedied with games every three days.

But now it was finally time to counteract this. Arteta was able to work in peace and finally consolidate the good approaches. That’s why Arsenal vs. Newcastle our tip that the host will win both halves.

Apart from the many draws (five in nine games), Mikel Arteta’s record is positive. Only one game was lost, that was at the end of 2019. Although the way to Europe is still very long, dreaming is allowed, at least as far as the Europa League is concerned. And Arsenal is also in that same competition and could automatically slip into the premier class with a title win.

But back to the Premier League! Newcastle is an uncomfortable opponent who has to be beatable for an Arsenal that is in top form. And that too clearly! The fluid offensive around Özil, Lacazette, Aubameyang and Martinelli has enough quality to pose major problems for the guest. And especially the problem child, the defensive, has developed very well under Arteta!

Eight goals conceded in nine games speak a clear language. That is also why Arsenal vs. Newcastle easily predicts the host. We also have other interesting tips for the Premier League in our repertoire!

The almost traditionally occurring personnel problems concern Arsenal again this season. Tierney and Chambers are currently only two players safe, but Kolasinac is not yet in rhythm, the same applies to Dani Ceballos. Saka could therefore defend on the left, compared to the Burnley game, Torreira and Pepe should be candidates, and newcomer Pablo Mari is also among them.

Newcastle United have given themselves a little air in the past few weeks with five points from three games in the Premier League. The 1-0 win against Chelsea was particularly positive, and the club made further progress in their second FA Cup attempt against Oxford United.

So the confidence in Newcastle United should be great. Perhaps the break even came at the wrong time, but that will probably only be assessed after the game. In any case, Newcastle definitely has the means to pose problems for Arsenal. Do you want to broaden your horizons? With our current odds comparison you are clearly informed!

A solid defense is essential if Newcastle wants to defeat Arsenal. After the defeat series against Manchester United (1: 4), Everton (1: 2) and Leicester (0: 3), Newcastle subsequently played with less risk, defended in a chain of five and attacked later than before. The effects were positive, more security was generated in the defense and one could even venture forward without taking too much risk.

But now the cards are shuffled again. Both teams are no longer in their usual routine of the games in the usual rhythm, but were able to catch their breath.

As a result, key players are fresher and more resilient. Especially at Newcastle, which can currently do without Carroll, Muto, Colback, Krafth, Willems and Dummett, this is a fundamental factor.

Nevertheless, the squad still has a few variation options, and Steve Bruce can also adjust during the game if necessary.

The direct comparison between Arsenal and Newcastle clearly goes to the hosts. Arsenal have had 32 victories in the past, including the first leg (1-0). Both teams drew ten times, and Newcastle also won ten times, most recently four games in April 2018, 2-1.

In tabular form, both teams are in the immediate vicinity and the series of the past few weeks also speak for a balanced game. But it doesn’t have to be, because at Arsenal coach Arteta is waiting, fans and observers are waiting for a performance explosion. The hope that the few days of training are enough to tease them out of the team are still intact.

In any case, the potential is there. If the routes are even better coordinated and Arsenal can still grow in the last third of the game, then the role of favorites is clearly distributed.

♦️ Remis Kings: Five of the nine games under Arteta ended in a draw!
♦️ Serie I: Newcastle have been unbeaten for seven competitive games!
♦️ Series II: Arsenal is still without a competitive loss in 2020!

In summary, many factors that cannot be measured play for Arsenal. The bare numbers of the past few weeks indicate a balanced duel, the potential definitely a victory of the hosts, which can also be clear. Before the game Arsenal vs. Newcastle is our tip that the “Gunners” will have a start-finish victory and lead at half-time.