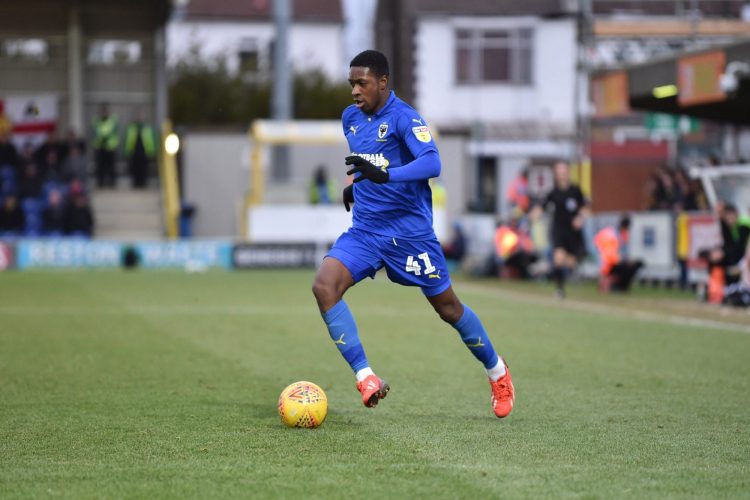 The two clubs that caused probably the biggest surprises in the 4th FA Cup round are facing each other in Kingsmeadow on Saturday. Wimbledon, one of two remaining third-tier League One clubs, awaits championship representative Millwall. Southwest London versus Southeast London. Like every other FA Cup round before, the fifth has a London derby at hand. For Wimbledon it is already the third Derby and the second in a row. If the victory in the 1st round against Haringey Borough was befitting, the “Dons” in the previous round threw off completely surprising how highly-deserved, Premier League club West Ham United out of the competition. The current team of coach Wally Downes presented himself against West Ham United in the eyes of “Don’s” legend Vinnie Jones as a worthy successor to the “Crazy Gang”. The same troupe, which in 1988 led by just that Jones (Nickname The Ax) and Downes won the FA Cup.

A few hours earlier, Bermondsey also had a surprise when Millwall and Everton were able to knock out a first division side. Although the “Lions” were lucky with refereeing decisions, the victory was by no means undeserved, which Murray Wallace secured with his goal in minute 94 and the stadium “The Den” brought to explode. You can expect a real cup fight on Saturday too. It will be rustic and also give many long balls, so nothing for lovers of the fine blade. In Kingsmeadow, another surprise might be coming, because between Wimbledon and Millwall our prediction tends to take advantage of the odds on the home side’s progress. Since there are no replay games in the fifth round, it does not matter if Wimbledon and Millwall make that tip true after 90 minutes, extra time or penalties.

It is not certain that Vinnie Jones will be on hand as a lucky charm on Saturday, or that he will be chasing the game in his warm adopted city of California. However, the AFC Wimbledon has since the re-founding in June 2002 with the entry into the 5th Round already achieved the best result of the past 17 years. The FA Cup victory in 1988 was still in the days of the previous club Wimbledon FC, which was sold due to financial problems, however, and had to relocate to Milton Keynes. The AFC is headed by the Dons Trust. The club’s well-being is in the foreground, not the profit. To reconcile this in the third-highest English league is not easy and Wimbledon is experiencing a great low this season after years of making it. After the Wimbledon has risen six times in the past 17 years, now threatens the first descent of club history. Wimbledon is bottom of the table and seven points behind the saving shore.

After seven winless League One games (0-2-5) succeeded in the week away at Walsall finally once again a victory. If you look at the performance against West Ham in mind, it is unimaginable that this team is beaten bottoming light of the third division. The win over West Ham was the first success against a Premier League team after two previous defeats in the FA Cup: 2015 against Liverpool, 2018 against Tottenham. Now the Dons dream of moving into the quarterfinals. It would be an incredible story and the chances are not too bad. The home advantage is enormous and Millwall a beatable opponent. At Wimbledon vs Millwall, according to our prediction, our tip is a progress of the Dons. Perhaps this will happen again with goals from Kwesi Appiah, who has played six goals in his last six FA Cup games (four goals, two assists). This included a goal and an assist in the last two FA Cup games against West Ham and Fleetwood.

Best scorers in League One:

Millwall has earned a reputation as a dreaded favorites scare in the FA Cup over the last few years, bolstering that reputation with a 3-1 home win over Everton in the previous round. Over the past seven seasons, Millwall prevailed in five of the seven duels with Premier League clubs. Historically, the “Lions” threw 25 higher-class FA Cup clubs and shared this with Southampton (also 25 favorites). But Wimbledon is now waiting for a low-class club on Millwall and against such opponents, the balance sheet is not so positive. South Londoners have been outclassed three times over the past seven seasons: Southend United (2014), Bradford City (2015), Rochdale (2018). Overall, Millwall dropped out in four of the last six cup matches against class lower opponents.

Although Millwall reached the FA Cup quarter-finals in two of the past six seasons (2013 and 2017), the current form in the league speaks against the Lions of Bermondsey, despite the paper-based opponents. Millwall has not won in five championship games (0-3-2) and has won only one of the 15 away games of the season (1-4-10). The only victory was at tail light Ipswich. Also miserable is the away balance in London derbies. Millwall did not make any of the past nine capital derbies victorious abroad (0-5-4). The “Lions” lost for the first time ever this season four London guest appearances in a row. We expect the Dons to progress and would place our tip at Wimbledon vs Millwall with odds of 2.70. In the recent three FA Cup successes Millwall has always conceded the first goal of the game, including in the two games this season against Everton and Hull. Comeback qualities are there. Ben Marshall has no permission to play in the FA Cup.

Best scorers in the championship:

AFC Wimbledon has never won a competitive game against Millwall (0-2-2). The latest match between the two took place in January 2017 in League One, when the match ended in a 2-2 draw. The so far only FA Cup game between Wimbledon and Millwall could the “Lions” in November 2009 at home with 4: 1 for themselves.

If you look at the cup record against higher-class teams, Millwall has certainly aimed at a more attractive opponent. So the “Lions” in southwest London have to go to Wimbledon, where Millwall is the bookmaker favorite, according to odds. Due to Millwall’s miserable away form and the Dons heroic performance in round 4 against West Ham, at Wimbledon against Millwall our prediction is for the home team to progress.

Although the “Dons” in the League One fight athletically for survival and there are bottom of the table, but due to the home advantage seems to be a quarter-final against the in this league season away only once victorious Millwall quite conceivable. We would tip Wimbledon vs Millwall on the Dons with odds of 2.70.