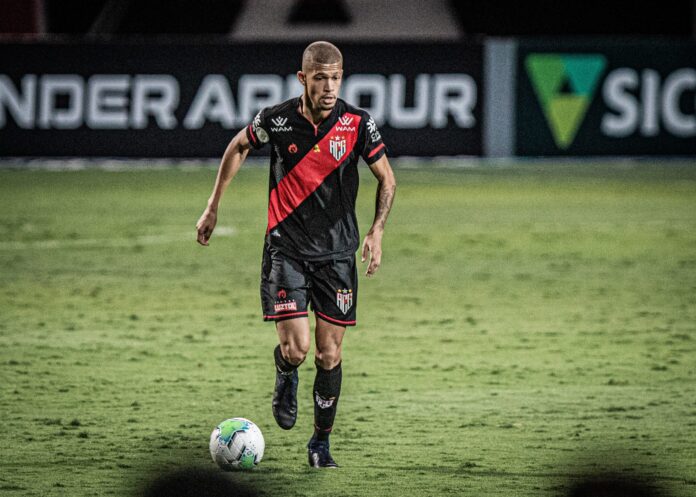 Will the hosts continue their strong home series?

After eight match days in the Brazilian Série A, Vasco da Gama is right on track. The twelfth of the previous season took third place with 15 out of 21 possible points and would even top the table with a win in the catch-up game. Promoted Atletico GO, on the other hand, was only able to win a single game and has a place that would go into relegation.

Accordingly, it is not surprising that in the run-up to the game between Vasco da Gama and Atletico GO, the odds of the bookmakers turned down towards the home team.

The prediction in the direction of the traditional club from Rio de Janeiro is solidified between Vasco da Gama and Atletico GO via a direct comparison. Vasco da Gama has won all of the last three meetings and has won nine of the 14 games against Atletico GO in the current millennium alone.

In addition, because the best defense of Series A collides with the second worst offensive, we expect few goals in this game. We therefore recommend the combined tip “Double chance 1X & under 2.5 goals” for Vasco da Gama and Atletico GO.

The Club de Regatas Vasco da Gama, based in Rio de Janeiro, was founded by Portuguese immigrants back in 1898. The tradition of the association, which is particularly popular among the Portuguese community in the Brazilian metropolis, is correspondingly large.

The successes are also impressive. The club, also known as Cruzmaltino because of its Maltese cross in the club crest, has already celebrated the Brazilian championship four times. In 1998 Vasco da Gama also won the Copa Libertadores.

Only a competitive game defeat under Ramon Menezes

In view of this dazzling history, it is hardly surprising that there has been such a fluctuation in the coaching chair in the past few years. In 2008, 2013 and 2015, the club was relegated three times from Série A, but always managed to get promoted again. Since then, however, hardly any coach has been able to work in peace.

Since the last promotion in 2015 alone, seven different trainers have sat on the dugout. After Abel Braga was kicked out in March, Ramon Menezes, the previous assistant, who apparently has good access to the group, took over. Under his leadership there was only one competitive game that was lost.

The best defense of the Serie A

The 48-year-old is particularly committed to stabilizing the defensive. Only five goals are conceded from the first seven league games. Vasco da Gama accordingly provides the best defense of the Serie A and has so far been clean in three of four home games.

Against this background, at Vasco da Gama and Atletico GO, the tip on the next home three of Cruzmaltino is under a very good star. After all, the team from Rio has won all four home games at the Estádio Sao Januário so far.

Atlético Clube Goianiense, or Atletico GO for short, is one of the Série A representatives from Goiás. In the 83-year club history, the club, which is also known as Dragão, has not yet had any lasting success. Only the state championship in Goiano could be won for the 14th time in history in 2019.

In any case, the team spent a large part of its time in the lower leagues. In 2010 Atletico GO returned to Série A after 23 years, but has been relegated since then – most recently in 2017.

The second worst offensive of the Série A

As fourth of the preseason in Série B, the dragons have now returned to the first class, where they want to brace themselves with all their might against the next direct relegation under the new coach Vágner Mancini.

The interim conclusion doesn’t look too rosy. Also because the Red-Blacks have the second worst offensive of Série A and have only been able to net six times in seven games in the opposing goal, they currently have a sobering 18th place in the table.

The dragons have only won one of the seven games so far: a completely surprising 3-0 home win over defending champions Flamengo came on the first day of the game. If the game aroused too much expectation, all players are now back on the ground with the facts. Including defeat in the Copa do Brasil, there are currently seven competitive games in a row without a win (three draws, four defeats).

No wonder then that at Vasco da Gama and Atletico GO the odds of the betting providers speak clearly against the red-blacks.

In the current millennium, there have been 14 encounters between the two clubs, which also faced each other again and again in Serie B. Vasco da Gama has won nine times, all of whom have also won the last three clashes.

At Vasco da Gama and Atletico GO, the prediction is significantly influenced by the recent decline of the newcomer. Since the 3-0 opening win, Atletico GO had seven competitive games in a row and was only able to score three more goals in the league. This is compared to the home side from Rio, who won all four home games and only conceded a single goal at home.

Thus, between Vasco da Gama and Atletico GO, we consider the tip on the home side to win points as largely without alternative. The double chance 1X also covers the eventuality of the point sharing. However, it shouldn’t be too scoring, which is why we get a small odds boost in combination with under 2.5 goals. 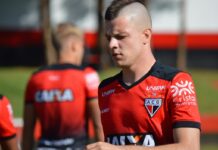 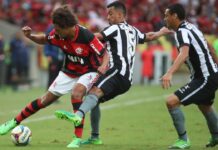