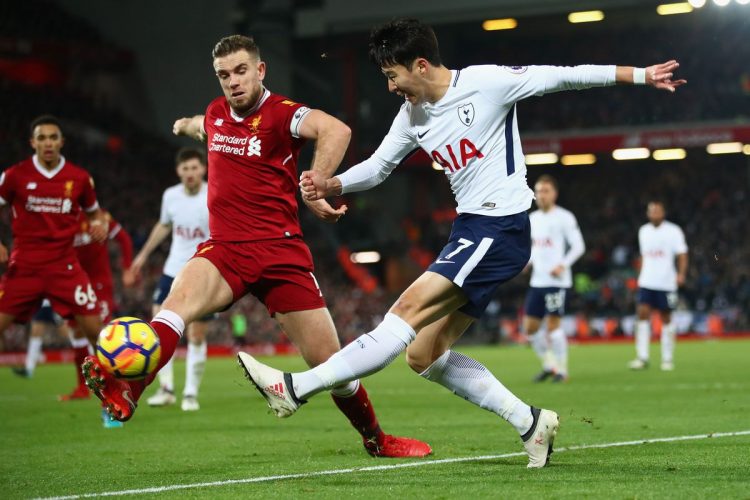 It’s time for the big show at the Wanda Metropolitano in Madrid for the long-awaited final of the Champions League 2018-2019 between Tottenham and Liverpool. After a completely crazy edition that should remain long in the annals, this final should be epic and full of tension.

For the first time since 2013, the winner of the Grandes Ears cup will not be Spanish and this is good news for European football, marked by the domination of Hispanics in C1 and C3 for several years.

While Real Madrid fell from the 8th finals, having dominated for 3 years Europe, the Spaniards had one last hope of new consecration thanks to FC Barcelona Lionel Messi. But, while the Catalans were very good to go to the final after a first leg won 3-0 against Liverpool, this hope collapsed in a return match that will remain very long in the memories.

On May 7th, no one believed in a Reds qualification, except for Klopp’s players and their audience. And what seemed impossible eventually came at the end of an exceptional return match, marked by the dubs of Origi and Wijnaldum, unexpected heroes of a completely improbable evening. It was the end of the Spanish rule and it was the renewal of English football with the qualification of the Reds, the first English team to reach the final since Chelsea in 2012.

And this crazy 2018-2019 edition was not ready to stop in such a good way with the 2nd semi-final return to suspense just as incredible. Opposing Tottenham at Ajax Amsterdam, the first leg saw the Ajacides win 1-0 on the field of the English and take a nice option for the final before the return leg in Amsterdam. But no one was prepared for a second crazy game in two days.

After opening the scoring, Ajax took off by scoring a 2nd goal before half-time. Leading 2-0 at the break, De Jong’s team-mates seemed well on their way to the final because it took 3 goals for Tottenham to see the English qualify. And while no one believed it, a man came out of nowhere and signed his finest masterpiece in his young career. This man is none other than Lucas Moura, who went to score a hat-trick with a goal in the very last second and which allowed the Spurs to qualify for their first Champions League final in their history.

It is therefore a resounding return of English football on Europe that will have taken place during this edition 2018-2019 (also marked by the 100% English final between Chelsea and Arsenal in the Europa League) and this final should be exciting to follow. Liverpool will be thirsty for revenge, having seen the national title escape him for 1 point after an impressive mano mano with Manchester City.

The Reds, already winners 5 times of the Champions League, will leave with the experience of the big finals. With his attack of fire composed of Salah, Mané and Firmino, Liverpool should do very badly to the defense of the Spurs. But it will certainly not bury Tottenham, 4th in the Premier League this season and will therefore play his first final Champions League. With the return, very likely, of Kane in attack and a defense led by his impressive goalkeeper, Hugo Lloris, Tottenham will have arguments to counter the strike force of the Reds.

And the Spurs could well surprise by removing the trophy under the nose and beard of Klopp players. But regardless of the outcome of this final, the winner of this edition 2018-2019 will remain the English football, again in the fore after several years of disillusionment.

Key stats for the match Tottenham vs Liverpool

For this 100% English final, the suspense should be total and the match incredible. After a Spanish dominance since 2014, the English have returned to the front of the stage and the irony of fate has meant that the final takes place in Madrid, the city of the three-time European champions in title. Between a Liverpool, who saw the national title to escape for only 1 point and who will have a huge thirst for victory, and a Tottenham that will play the first final of the Champions League in its history, the clash should be epic . But the Reds, already five-time winners of the C1, will leave with an advantage in terms of experience. With a last title obtained in 2005, Liverpool players will do everything to register a sixth time their name in the winners of the event. Although Pochettino’s men should give Salah and company a hard time, we are hoping for a victory for Liverpool.