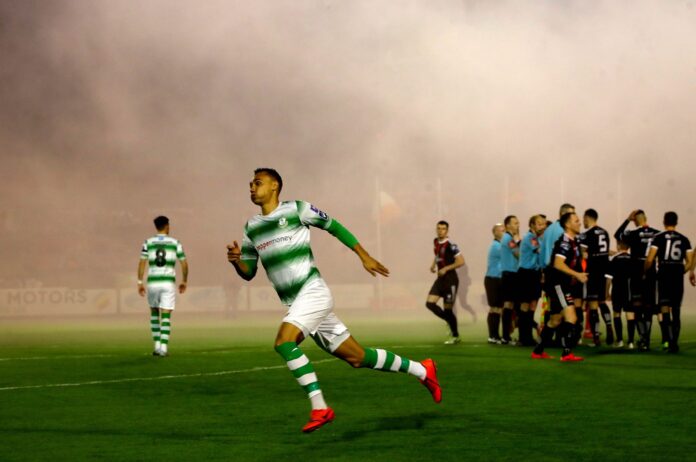 Are the rovers making short work of the newcomer?

Shamrock Rovers salutes from the top of the table. After a promising start to the season, the green and whites have separated from the league competition. In the first eight games of the season, the Rovers had a record of 7-1-0. This should be continued after the compulsory break. Shelbourne will be received on the ninth day of the Irish Premier Division.

As the odds comparison of the betting base shows, Shamrock Rovers is the clear favorite against Shelbourne according to odds. A prediction of the home side is arguably the best option in the 1X2 market. After all, all three home games have been won in the Premier Division so far.

Shelbourne made it back to the Premier Division last season. So far, the start of the season for the six-time Irish champions has been rather mixed. In the last five competitive games there was only one win for the Shels. It is quite possible that the championship leaders will face the next setback.

Last season the Rovers just missed the championship in the Irish Premier Division. After a mixed start to the season, the deficit on Dundalk could not be made up at the end of the season. At least in the Irish Cup there was a sense of achievement. The Rovers prevailed against Dundalk in the final and won the 25th FAI Cup in the club’s history.

This season, Shamrock Rovers is one of the hottest title contenders in the Premier Division. In the first eight games of the season, the green-whites had a very strong record of 7-1-0, with which the Rovers already set themselves apart from most of the league competitors. On average, the team around head coach Stephen Bradley scored 2.50 goals per league game.

It is quite possible that this offensive trend will continue in the upcoming home game. In the three home games of the current season there have been three home wins for the Rovers, including the 6-0 win over Cork City. Graham Burke currently leads the internal scorer list with five goals.

In the next week, the Rovers will complete the first qualifying round in the Europa League. The Green-Whites will receive the Finnish guests from Tampere in their home Tallaght Stadium. The home game against Shelbourne will be the dress rehearsal before the EL appearance.

Since the 2011/12 season, the Rovers could no longer qualify for a group stage in an international competition. The next few weeks will show whether it will succeed this year. At the Friday game Shamrock Rovers vs. Shelbourne are currently only offered odds of 1.22 for a tip on the league leader. Alternatively, it is worth taking a look at the handicap market.

Shels no chance against the Rovers?

In the eight season games of the current season, there was a record of 3-1-4 for the team from Morris. In the last five competitive games Shelbourne only won one victory and is currently in a mini crisis. Last match day, the Shels drew 1-1 against table neighbors Derry City.

Away from home, Shelbourne currently has a 2-0-2 record. The Shels have won the away games at Cork City (1-0) and Finn Harps (1-0) so far. This means that the clean slate has been preserved three times this season. Whether the defensive of the promoted team can also stand up to the strong offensive of the league leaders will be shown on Friday evening.

Shels coach Morris will not have to complain about any serious failures on Friday evening. In the starting eleven, no changes are expected in the manageable squad.

Shamrock Rovers is one of the big title favorites this season. Accordingly, the start of the season so far for the green-whites was hardly surprising. So that the Bradley team can further set themselves apart from the competition for the title, the latest start of the season should be continued. Most recently there was a surprising goalless draw for the Rovers.

Before the Europa League qualification against the Finnish representative Ilves, the green-whites want to recharge their batteries on Friday evening and master the home game against Shelbourne. The guests were promoted to the Premier Division last season and want to regain their old strength.

Since the 2005 season, Shamrock Rovers has not lost a single home game against Shelbourne.
This season, the Rovers currently have a record of 7-1-0.
Shelbourne has only won one win in the last five competitive games.

If you look back on the season’s performance of the two clubs, anything but a home win on Friday evening can almost be ruled out. We would therefore recommend a tip at Shamrock Rovers against Shelbourne on good odds on a handicap win for the Rovers with at least two goals difference. 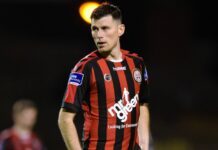