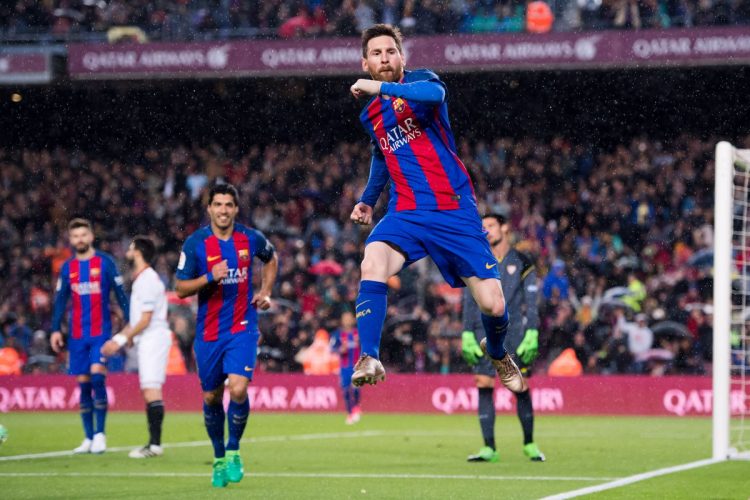 Starts the season in one of the countries most passionate about football, with one of the most competitive leagues in the world – La Liga. Barcelona were the dominant team in Spain last season, with the achievement of the “double”. Thus, champion and winner of the Cup, will be against the finalist who will start this season. In memory was the roar (0-5) that “crushed” Sevilla in the final final, in the farewell game of one of his legends, Andrés Iniesta. Before this game, the connection between Seville and Barcelona began in the “exchange” of players. Langlet, one of the defensive stalwarts of Seville headed to Barcelona, and in the opposite direction Aleix Vidal goes to Seville. Barcelona maintained their home team, as usual, but was reinforced with yet another weight gain, the international Arturo. Vidal arrives from Bayern Munich and will give more strength to the middle Blaugrana. The match is played at the Grand Stade in Tanger, and of course Barcelona will be the favorite. It is up to Sevilla to try to surprise the strongest team in Spain, nowadays.
It is a must, the last clash between Sevilla and Barcelona, in the game to count for the final of the Copa del Rey, was enlightening (0-5) for the Catalans.

Barcelona maintains the team that won the championship and cup, and is further strengthened by Langlet (former Sevilla), Malcolm and Arturo Vidal.

In the direct confrontation Barcelona has also been dominating, with 4 triumphs and 1 tie, in the last 5 games. All games had 3 or more goals.

Pablo Machin is the new coach of Sevilla, the former coach of Girona. To see for the pre-season, he has won the last 4 games, and most importantly, he has won 3 official games as he contests the qualification for the Europa League.

Even with the good performance of Sevilla in the last games, and the growth that has said, the truth is that it will face a much stronger opponent than the previous ones. The Catalans are regular and tied with Valverde, and with the win to pay 1.60 will be the right bet for bet. As an alternative bet there is a good opportunity in the over 2 goals of the Catalan team, as you may need to make 2 goals, as Sevilla have arguments to make a goal. Victory of Barcelona.

Betting Tips: Barcelona wins and more than 2.5 goals in the total game
Odds: 2.05