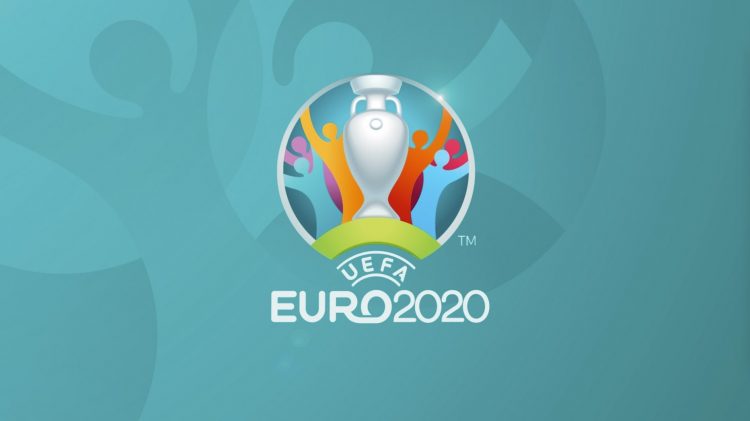 Crunch time in the European Championship qualification. At least that applies to a few teams who are hoping for a ticket to EURO 2020 and who are still a little behind in the respective groups. You immediately notice the team from Scotland. The Bravehearts still have the opportunity to qualify through the Nations League, but it is best to go straight to one of the first two places in Group I of the regular qualifiers.

On Friday, however, the Scots can already fall behind enormously. A defeat at home against Russia would not be the end, but the chances would be reduced to a minimum. According to human judgment, Scots and Russians fight for second place in this pool.

The first place should go with great probability to the Belgians who lead with twelve points from four games sovereign the ranking. Russia follows in second place with nine points. Kazakhstan and Scotland are the six-point pursuers. Cyprus and San Marino are once again hopeless in the race.

If the Scots are subject to Russia, the gap to the half time of the qualifier would not only cheat six points, but also the so important direct comparison would speak for the Sbornaja. A victory for the Bravehearts therefore seems to be without alternative. But we think that in the match between Scotland and Russia, the first prediction does not go towards home win.

We really appreciate the Russians a bit more and with a trip to Glasgow the 2018 hosts could take a giant step forward. The team of Stanislav Cherchesov will not want to miss this opportunity, even if you could live with a draw. However, we think that in the duel between Scotland and Russia a tip on an away win will be our first choice.

The pressure is clearly on the side of the home side, because even a draw might not be enough. In any case, you can play to one point in front of the fantastic Scottish audience. Therefore, we expect an atmospheric and thrilling game between these two opponents.

Scotland seems to be on a reasonable path to old strength. However, it is still very clear that Bravehearts are still second-rate in international comparison. The victory in the Nations League, but there in Division C, but has encouraged. Should it not work out with the regular qualification, the ticket to EURO 2020 would still be possible in duels with Norway, Finland or Serbia.

The Bravehearts must collect the important points towards the final round, especially at home. After all, Scotland is unbeaten in front of home crowd for nine competitive games in a row. According to the football-crazy Scots hope that it will be enough on Friday against the Russians to a victory. Maybe you could even live with a point division.

The big setback was experienced by the Scots in the 0: 3 defeat in Kazakhstan. This was not to be expected and therefore it will be difficult to qualify for the European Championship through the group stage. But it is the Russians who have to be beaten. In general, it is the week of truth for the Bravehearts, as Belgium will be a guest on Monday.

We are strong Belgians, the team of Steve Clarke, who took over the team until the end of May, had to experience in June, when they had no chance in Brussels at 0: 3. After all, Belgium is a favorite for the European title. The Sbornaja is more the caliber with which you can compete.

Nevertheless, in the duel between Scotland and Russia, we would probably neglect the odds of a home victory. Coach Steve Clarke, however, feels a wild determination in his team, at least against the Russians to win first.

“I am very impressed with the determination of my team. We are behind, but my players want to get back on track against Russia. ” – Steve Clarke

Perhaps a point against the Belgians and the Bravehearts would be reasonably in order. The coach seems to trust his team and conjures up the great spirit in his team.

Personnel, it could currently hardly look better. Only Grant Hanley and Liam Palmer had to cancel their participation. For example, the former Hamburger David Bates has been re-nominated. Thus, Captain Andrew Robertson will lead a squad on the field, which may remember the good days of Bravehearts.

The 2018 World Cup as hosts has given the Russian team a real boost. Finally, the Sbornaja relies on continuity in the position of the coach, because Stanislav Cherchesov has recently renewed his contract. The coach basically stands for the development that the Russians have made in recent months and years.

Accordingly, Russia should also belong to the EURO 2020. But it is still a long way, because the Russians have only this one chance over the regular qualification. In the Nations League, it was only in Division B to second place behind Sweden. One more reason to put everything into play on Friday in Glasgow.

A win would probably be half the battle to qualify for the European Championship finals. After all, the Russians have won three times in a row last time and conceded no goal. But we have to relativize these statistics because the opponents were Kazakhstan, San Marino and Cyprus. Nevertheless, the last games speak for in the match between Scotland and Russia to make a prediction for an away win.

The Sbornaja has not just sprinkled glory in the 1-0 victory against the Cypriots. Perhaps the Russian attackers have already fired their powder three days earlier at 9-0 against San Marino. Thus, despite clear superiority, the goal of Aleksei Ionov from Rostov to reach the 1-0 victory.

“Scotland play in their own stadium with great fan support and will be self-confident. But we do not come to Glasgow to be good guests.” – Ruslan Kambolov

One or the other injured player Stanislav Cherchesov has to complain. Keeper Anton Shunin will be missing as well as Aleksei Miranchuk, Yuri Gazinsky or Alan Dzagoev. The squad of Russians, however, has an enormous quality in width, so we can expect a powerful Sbornaja on Friday.

Unbelievable, but true: Scotland and Russia faced each other only in two international matches. These took place in the qualification for the European Championship 1996 in England, in the end both teams were allowed to participate. Both direct duels ended in a draw at the time. Nobody could ever defeat the other one.

The first leg in Scotland ended first with a 1-1. Scott Booth scored the 1-0 for the Scots, Dmitri Radchenko was reserved the compensation. The second leg ended with a goalless draw. By the way, today’s coach Stanislav Cherchesov was the goalkeeper of the Sbornaja.

Losing is prohibited for the Scots on Friday. A defeat would almost certainly mean that the bravehearts will not secure a ticket to the EURO 2020 via the regular European Championship qualification. But the back door over the Nations League would remain open. The Scots have not lost at home in the past nine competitive matches.

But whether this will be enough for a Russian team that has recently conceded three victories without a clean sheet and as a World Cup quarter-finalist already has a very wide chest, will have to show. We think the Sbornaja is a bit stronger and therefore our impetus is still to put a tip on the guests in the match between Scotland and Russia.

♦️ At home, the Scots are unbeaten in the last nine competitive matches
♦️ Russia celebrated three consecutive wins without conceding
♦️ The only two international matches between Scotland and Russia ended in a draw

The Scots, however, will defend themselves with their hands and feet against defeat. Overall, there’s a lot to say that we’ll see goals from both sides on Friday. However, we can well imagine that the guests achieve one more.

Therefore, in the match between Scotland and Russia we use the betting odds of up to 2.75 on an away win of the Sbornaja.