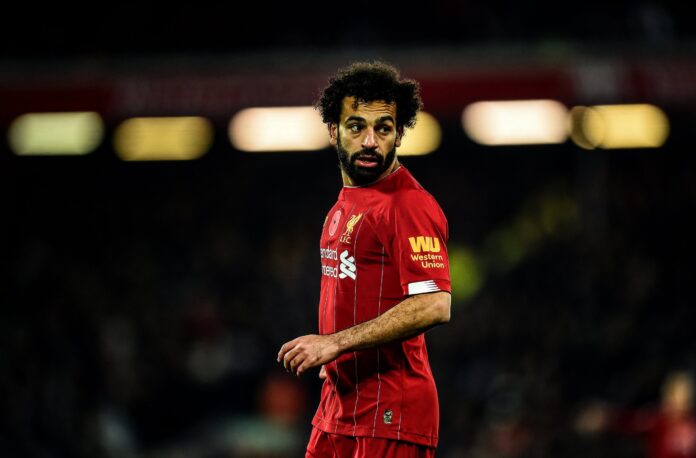 It took a long time, but the debut of Red Bull Salzburg in the group stage of the UEFA Champions League has it all! The Bulls from the city of Mozart definitely represent an enrichment for the most important club competition and convinced in the previous games with a lot of joy and lots of goals.

The team of Jesse Marsch has earned the final in the fight for the knockout stages on Tuesday night! On Red Bull Arena Salzburg, Red Bull Salzburg and Liverpool fight for the place in the round of 16 of the premier class despite unequal odds!

With the refreshing offensive style of play, the youngsters of Red Bull Salzburg have earned quite a few fans this season! Jürgen Klopp was after the fifth group match day “not amused” that waits for the defending champion a true final to progress. In tabular terms, the guests have an advantage, but the pressure is clearly on the shoulders of the Klopp protected!

The stadium in Wals-Siezenheim will be sold out to the last seat on Tuesday evening. The mockery of the countless missed participations in the premier class is forgotten and the whole city feverish to the most important game in the club’s history.

Captain Andreas Ulmer described the game as the biggest in his career to date, but emphasizes that he does not know what else is coming, because the chance of the surprise is quite given.

Above all, the offensive around Top scorer Erling Braut Haaland (eight goals) gives the Bull courage. Altogether 16 hits have been scored in the five games of the premier class. Only Bayern Munich (21) and the Tottenham Hospurs (17) were allowed to cheer even more often than the Austrian series champion.

In addition, the home strength can not be denied. The defeat by Napoli on matchday four was the first international home defeat after 19 games (15 wins, four draws).

However, the key to success on Tuesday will not be on the offensive, but on the defensive. Goalkeeper Cican Stankovic is now fit again and will be back in the post after recovering from a broken muscle. In central defense, Jesse Marsch will miss Andre Ramalho due to the lack of basic speed and put on a center-back duo consisting of Maximilian Wöber and Jerome Onguene.

Salzburg has almost instilled unconditional offensive football in the DNA, but the away game in San Paolo has shown that the team can also stabilize the defensive to seek the way forward with manageable risk.

A similar characteristic we expect on Tuesday evening. Despite 94 goals in 25 competitive games (!) A similar spectacle as in 4: 3 in the first leg is not expected. Nevertheless, at Red Bull Salzburg against Liverpool the prediction on hits of both teams has very good chances of success!

A final in Wals-Siezenheim? Jurgen Klopp wanted to avoid that at all costs, but his protégés missed on the fifth group match day the home win at Anfield against SSC Napoli. Although Liverpool is the leader of the table in the last round, but would have to hope in case of a defeat on Belgian Schützenhilfe (in a simultaneous Napoli defeat Liverpool would still continue).

It smells like a Deja-Vu for the reigning Champions League winner, because already in the previous year, the knockout round of 16 was fixed only in the last second. Many will remember the sensational reflex of Alisson Becker against Lorenzo Insigne in injury time. Klopp does not want to wait that long for Tuesday. Despite guest role Liverpool is the clear favorite! For the away win in the duel between Red Bull Salzburg and Liverpool odds of under 2.00 are offered.

Confidence should not be lacking even with the “Reds”! After the Champions League victory in the previous year, the team is by no means saturated, but the hunger for success is still not satisfied. In the domestic championship Liverpool collected 46 out of 48 possible points and marches with big steps towards the first championship title in 30 years! Liverpool have a 14-point advantage over the Citizens thanks to defending champions Manchester City again. First pursuer is currently Leicester, but also have eight points behind.

“I already forgot what that feels like. It’s great, we should play to zero more often! ” – Jürgen Klopp

For the first time since 13 competitive games Liverpool was able to keep their own box clean at the weekend. Away with AFC Bournemouth’s Cherries, Liverpool beat 3-0 to celebrate their 15th victory in the 16th Premier League game!

With Joel Matip, Nathaniel Clyne and, above all, Fabinho, Jürgen Klopp will have to do without three defensive specialists on Tuesday. However, the Merseyside derby has provided the best proof that the second row (Origi, Shaqiri, …) works perfectly well. A failure of the Reds in the city of Mozart would definitely be a surprise.

The first match of the second group match day was the first meeting of the two teams and a game which is certainly one of the absolute top games in this Champions League season. Liverpool immediately took command and played big. Salzburg deficiencies were exploited ice cold and the Champions League winner led comfortably 36: 3 3-0!

However, there is no giving up in the vocabulary of the Austrian series champion and after the connection goal by Hee-Chan Hwang, the characteristics of the game changed completely. Salzburg got upper water, played cheeky and looked for the vertical way forward. Takumi Minamion and Erling Braut Haaland actually made the seemingly impossible comeback and ensured the 3: 3 equalizer.

Shortly thereafter, Dominik Szoboszlai had a great opportunity for a sensational lead, but gave it away recklessly and a little later, a Hungarian loss to the ball caused a counter-attack by the Klopp team, which Mohamed Salah finished 4: 3.

Red Bull Salzburg have made a great impression in the current group stage and if the surprise against the defending champion really succeeds, any scorn and mockery of past years would be blown away. For this to become reality, however, the cops need a home win.

♦️ With a win, the Bulls reach the knockout round of the premier class!
♦️ In the first leg Salzburg equalized a 0: 3 deficit – but then had to be beaten 3: 4 but still!
♦️ The first championship title in 30 years is becoming more and more realistic – 14 points ahead of Manchester City!

Salzburg is aware of the outsider role, acting in the game forward extremely cheeky and will therefore also come against Liverpool to scoring opportunities. However, we see a big “mismatch” between Salzburg’s defense and the outstanding Reds offensive. The pace of Salah, ex-Salzburg Mane or Firmino will put the cops before insurmountable problems. That’s why we made the prediction on the favorites win between Red Bull Salzburg and Liverpool and play against them with six units!