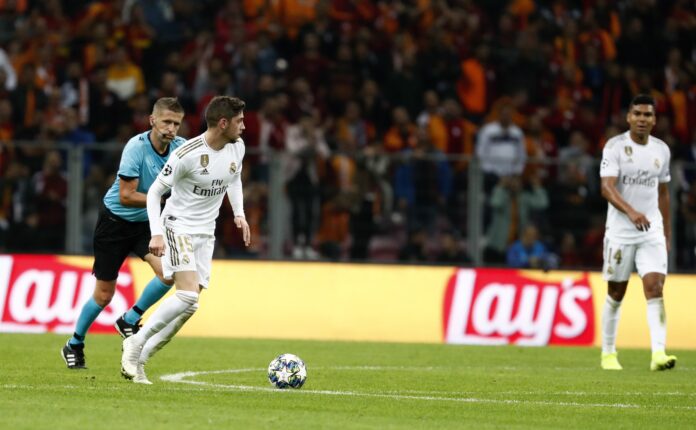 Real Madrid has a lot of unrest around the club. Coach Zidane is still in the criticism and must necessarily deliver victories with the Royal. As part of the eleventh game day, there will be a small derby between Real Madrid and Leganes on Wednesday night in the Spanish capital. In the prediction, at least the much lower odds speak for a home victory of the Champions League participant.

Real Madrid was involuntarily backlashed last weekend because of the postponed Clasico to December due to the troubled political situation in Catalonia. Accordingly, Zinedine Zidane had plenty of time for the daily training work with his team. In La Liga Real Madrid conceded last on Mallorca a surprising defeat.

It was a bad night for Leganes, who has put the coach Pellegrino at the door due to the menacing development after the ninth matchday. Last weekend, the former coach of the second team took over for the first time the chief post. Under Luis Cembranos it went off immediately better, so that the team could score an important victory in a home game against Mallorca.

In the upcoming derby between Real Madrid and Leganes brings a tip to a surprising away win with up to 13.00 expected high odds. However, it remains to be seen if the Pepineros can really compete in this duel.

Things are not going well at Real Madrid, with supporters hoping for a major turnaround following Zidane’s return over the past season.

The achievements of the royalists are far from being convincing, and above all the Madrilenians lack consistency. In the Champions League Real Madrid started with a clear pack at PSG.

After that, it was enough in a home game against Bruges as the clear favorite only to a disappointing 2-2 draw.

“Kroos acted again as a high-precision midfielder, who sets the pace of the team. It’s hard to see a bad Madrid with a good Kroos. ” – Sports newspaper AS

That’s why Real Madrid were under tremendous pressure during the away game against Galatasaray. But in Turkey it was enough thanks to a strong performance by Toni Kroos bottom line to an important 1-0 away win. As a result, the Royal are now in second place in Group A, which would be enough for the last sixteen at the end.

In La Liga Real Madrid has completed a game less than most competitors by the displacement of the Clasico. Currently, the Royal stand with 18 points only on the sixth place in the table. The wins of five wins and three draws are clearly not enough for Real Madrid.

Recently, the squad of coach Zidane on Mallorca also conceded the first defeat of the season in the Spanish league. The most accurate player at Real Madrid is Karim Benzema, who scored six goals in La Liga. The second most successful scorer is currently Gareth Bale with just two goals.

This illustrates a big problem at Real Madrid. The new striker Jovic has not scored a competitive goal for Real Madrid and Eden Hazard can only score one in the Spanish league. It had been put together for these two players a total of 160 million euros on the table to be much more dangerous in the offensive.

Especially the Serbian striker could not ignite at Real Madrid and has been without a goal since 900 minutes. In the duel between Real Madrid and Leganes a tip on a home win with a maximum of 1.28 brings only very low odds. The coach at this derby must renounce not only on the injured players Asensio and Nacho, but also on the suspended Alvaro Odriozola.

Last season, Leganes landed at the end of 13th place in the table and was able to hold once more the class. The responsible in the club should have been clear before this season, that again it can only go to the league. However, hardly anyone in the environment of the club had expected that the Peperinos would start so catastrophic this season.

After nine games completed Leganes was namely with a meager two points on the last place in the table. The score shows that until this time under coach Pellegrino was not enough for a single victory. Only in two league games, there was a draw and seven times you had to leave the place as a loser.

A draw drew Leganes at Valencia and in a home game against Athletic Bilbao. But in the following three league games it hailed again three defeats. Striking was also that in the preseason so strong defense in the first nine games already conceded 14 goals. On the other hand, the Peperinos were as usual offensively weak, so that it was enough in this period only four own goals.

It remained CD Leganes in five games completely without scoring. For that reason, it was no surprise that Mauricio Pellegrino had to take his hat off after another defeat in the ninth game day at Getafe. At least for now has taken over the first team Luis Cembranos, who was previously responsible for the second team in the club.

“It was an important victory, it is clear that these three points are even more important in this dynamic. We will continue to provide arguments that this club continues to grow. ” – Luis Cembranos

The new coach seems to have done a lot right the first time. Because in the first game under new management, Leganes had their first win of the season in a home game against Mallorca. The Peperinos convinced with a strong defensive, which allowed no goal. In the attack it was Martin Brathwaite, who made for the decisive goal to 1: 0 success.

At this premiere, the new coach Cembranos also awaited with a tactical conversion. Because instead of the usual five-chain acted the new coach against Mallorca with a back four. At Real Madrid, however, an even more difficult task awaits the Peperinos. Furthermore, the new coach in this derby on the long-term injured Alexander Szymanowski and Ruben Perez.

A derby between Real Madrid and Leganes has only been twelve times. The balance speaks clearly at nine wins for the Royal. But at least twice succeeded Leganes a surprising success in these comparisons.

In addition, there has been a draw between these two disparate Madrid teams in the past. Last season, Real Madrid won their home game in the first round with 4: 1, while the Peperinos fought in the second half of their own stadium a remarkable 1-1 draw.

This week is in La Liga an English week on the program. There will be a small derby between Real Madrid and Leganes on Wednesday night in the Spanish capital. In the prediction almost everything speaks for the hosts. Finally, the Royal have the clearly stronger squad and the better single player.

However, that does not automatically suffice for success, as it was the case with the Madrilenians last time on Mallorca. The team from Leganes showed after the change of coach right away a much better performance and managed against Majorca’s first success this season. However, it remains to be seen whether Leganes can now compete with Real Madrid. 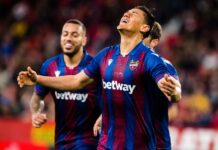 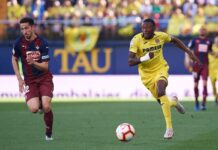 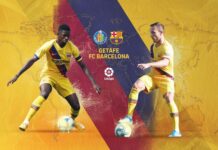