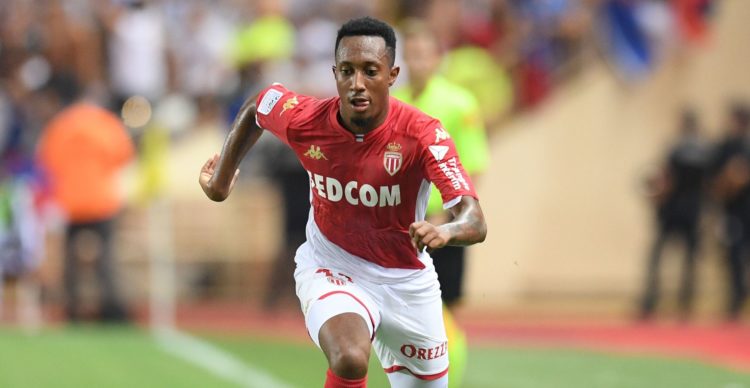 Sunday, AS Monaco welcomes AS Saint-Etienne for a meeting of the 28th day of Ligue1. Monaco wants to get back into the race for Europe while Saint-Etienne must take points in order to maintain.

Despite a fairly catastrophic start to the season and results which are often jagged, AS Monaco are still in the game to try to obtain a place in the European Cup. The Principality’s players are in 9th position in the ranking and are only one point behind 5th place. But since their last success against Montpellier (1-0), Robert Moreno’s men have not been able to beat Dijon (1-1) or Reims (1-1) before losing to Nice in the Côte derby d’Azur last week.
Opposite, AS Saint-Etienne finds himself in great danger at the end of the season. Expected in the top 5 of this Ligue 1, the Greens are only 17th in the standings with a thin mattress of 3 units ahead of the Nîmes dam operator. Beyond the classification, the dynamics of Claude Puel’s men is very worrying since they have won only one of their last 12 Ligue 1 games. After being held in check by Reims (1-1), they were beaten by Lyon (2-0) before getting their ticket to the final of the Coupe de France by dominating Rennes (2-1). Finally, last weekend, they settled for a point against Bordeaux (1-1).

The staff for Monaco vs Saint-Etienne

Monaco is still deprived of young Pellegri and Sy and the Portuguese international Gelson Martins who is suspended until the end of the season. Jovetic is also suspended after being expelled last weekend. Despite the loss, Wissam Ben-Yedder scored his 18th goal of the season against Nice.
The long-standing absent Monnet-Paquet and the important Perrins, Youssouf, Cabaye, Hamouma and Khazri are still unfit for this meeting. Stéphane Ruffier, he should not be reinstated by Claude Puel. Against Bordeaux, the former Nîmois Bouanga scored his 10th goal of the season.

Probable compositions for Monaco vs Saint-Etienne:

Key points for the match Monaco vs Saint-Etienne

Saint-Etienne won in the first leg (1-0) and in the Coupe de la France in January (0-1).
Sainté has won only one of its last 12 Ligue 1 games.
With 44 goals scored and conceded, Monaco has the 2nd best attack and 17th defense in the championship.
The meeting will take place behind closed doors due to the Coronavirus epidemic.

AS Monaco always has a game to play for a place in the European Cup and it could dominate the Stéphanois who remain fragile. Victory Monaco