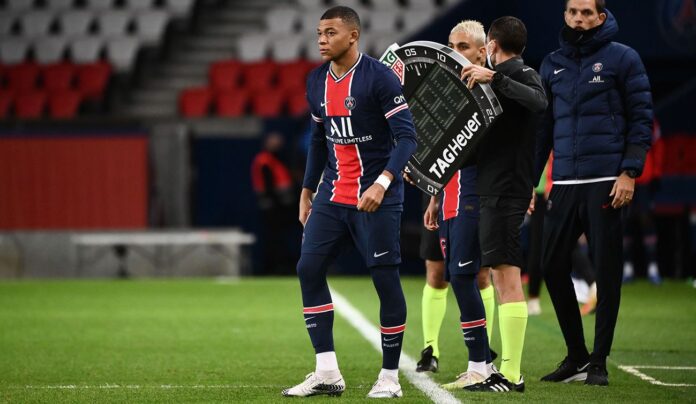 Wednesday, October 28, PSG will travel to the Istanbul BB on the occasion of the 2nd day of the Champions League. These two teams are no longer allowed to make mistakes after losing their first game.

A championship winner for the first time in Turkey last year ahead of Trabzonspor, Istanbul BB is narrowly lacking in the league this season. After six days, the Stambouliote formation occupies the 11th place in the championship thanks to a victory on the lawn of Trabzonspor (2-0) before starting its European campaign and another, last weekend, which is considered the most successful match of the club founded by Erdogan with this clear victory against Antalyaspor (5-1). A second consecutive victory which will do the greatest good for this formation which started its championship with 4 games without a win, 3 defeats with the score of 2 goals to 0 against Hatayspor, Galatasaray and Karagumurk and a draw at home against Goztepe (0-0). Last week, Basaksehir’s team had an appointment with RB Leipzig for the first day of the Champions League. At the end of a meeting marked by 2 goals quickly scored through Angelino (16 ‘, 20’) the former Manchester City. A 2-0 defeat which places the Turkish formation in the last place in Group H.

QSI has been at the head of the Parisian project for almost a decade. In 2011, after the failure of Colony Capital, the Qataris had plans to make PSG the biggest team in Europe. Flawless on the national scene with a seventh title obtained in eight years at the end of a shortened 2020 season, Paris Saint-Germain now has only one idea in mind, to win the Champions League, the reason why the club invests so generously every offseason. So close to the goal last season, the capital club fell in the final against Bayern (0-1) at the end of a match generally missed by the Parisian stars. And against Manchester United last Tuesday, the French champion was once again surprised by the Red Devils after the 2019 defeat. Unable to make a difference in the first half (0-1), the Parisians returned from the locker room with better intentions, causing the goal against his camp Martial from a corner (1-1). But at the end of the match, faced with a Danilo Perreira lacking juice, Rashford pierced the Parisian front curtain to come and beat Navas with a powerful strike low to the ground (1-2). A defeat which places PSG in 3rd place in the standings of this group H. In the league, PSG’s victory against Dijon (4-0) on Friday evening combined with the draw in Lille in Nicoise (1-1) two days later, allows Paris to take the lead in the French championship for the first time this season.

The staff for Istanbul Basaksehir vs PSG

For French Ligue 1 fans, this Istanbul BB team will not have the level to compete with the Francilien club on paper. A boy like Crivelli, who failed to really win in teams in the second half of the table (Angers, Bordeaux, Bastia) is now indisputable holder at Istanbul BB at the forefront of the attack. For some time now, former Brazilian international Rafael, unwelcome at Olympique Lyonnais this summer, has been positioned in the midfield by coach Okan Buruk. The most dangerous player in this squad is undoubtedly Edin Visca. The 30-year-old Bosnian international, courted by many clubs, the best passer in the Turkish championship last year was the main architect of the first title won by the Istanbul BB. He has just arrived in Turkey but PSG will have to watch like fuel on the fire, Giuliano. Used to exotic destinations, the little Brazilian is a very talented player and should quickly join the system set up by his coach. Against Leipzig, he entered during the match and was quick to show all his qualities. Finally, Nacer Chadli should soon take his first steps with his new team as well.

As the end of this summer transfer window approaches, which spilt over into the fall (covid requires), PSG has decided to come forward in the last hours of the transfer market. In addition to the reinforcement of the Portuguese international Danilo Pereira (Porto), who will play a decisive role in this team, probably in place of Paredes in the long term or in central defence as was the case against Dijon, the club of the capital has strengthened at a lower cost with the arrivals of Rafinha (Barcelona) and Moise Kean (loan Everton), in addition to the experienced Italian international Florenzi (Valencia, Roma) who has already established himself as a holder indisputable at the right-back position. Author of 4 goals and as many assists, Kylian Mbappe is the man in form of PSG in the league but he is clearly less decisive in the Champions League. Openly criticized, like all of his teammates after the match against Manchester United and rightly so, the native of Bondy will want to find the net. The Parisian workforce is greatly reduced by the absences of holders Bernat, Paredes, Verratti and Icardi and less important Gueye, Draxler, Jese and Kehrer. Big advantage PSG on paper

The compositions for Istanbul Basaksehir PSG

The history of the confrontations Istanbul Basaksehir vs PSG

Because of its young history, but also because it is in the gratin of Turkish football recently, the Istanbul BB has never met PSG.

Key points for the match Istanbul Basaksehir vs PSG

– Scorer against PSG in April 2014 to send Chelsea to the semi-finals, Demba Ba will be present on the side of Istanbul BB.
– PSG have no right to make mistakes after losing to Manchester United for their entry into the tournament.
– PSG’s last match in Turkey dates back to last year, on October 01 on the side of Galatasaray, and PSG won the match with a score of 1 to 0.
-The Istanbul BB will be deprived of its bubbling audience for this second round.
– The meeting takes place behind closed doors.
– Coaches are allowed 5 changes in this part.

At home, with players like Giuliano and Chadli who will be in the group and may even beholders, this formation of the Istanbul BB will not have the same face as in Leipzig, but that remains insufficient to move PSG who must take this match. PSG victory! 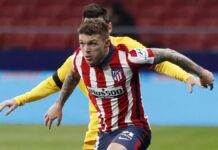 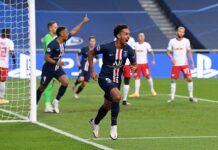 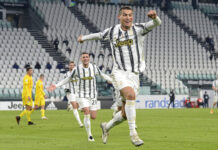