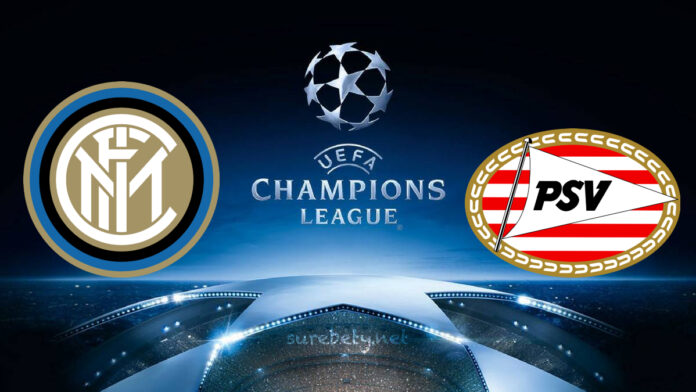 Another match that can be enjoyed by UCL’s fans this evening is between Inter and PSV scheduled at 22:00 on the Giuseppe Meazza stadium and which will align to the center two bands that for one of them fight and participate in the European Cups is over, in exchange for the other, the chances of winning the eights are very high.

The Inter does not forget how he got the UCL place in the previous season and will try this evening to give everything for the three points that can ensure his presence in the best of the spring. The Italian team has made a very good season so far on all fronts, being in third place with 29 points, but having a form lately quite weak, the last defeat coming even last round in the derby against Juventus , losing 0-1 on Allianz Stadium. In UCL things have moved well for nerazzuri who have lost some points lately, drawing home with Barcelona and losing Wembley, score 0-1, which again threw the chances of the Italian club to qualify.

Marc Van Bommel’s PSV thought he could do a miracle in this infernal group he fell into, but it seems that the wonders can not even be done by any team, and that’s why we should see what the good did formation through live experience. The PSV feels the difference from the championship on its skin, where it scrolls to a great extent, with no adversaries less on Ajax, and the title will surely be between them, while in the UCL the situation is critical for the Dutch just one point in this group, being the last one. The Dutch club managed this point even against the tonight’s combatant, while losing the rest of the parties, the last ones being as clear as the score.
Probable Team PSV: Zoet; Dumfries, Viergever, Schwaab, Angeliño; Hendrix, Pereiro, Rosario; Bergwijn, De Jong, Lozano

The Italian team is by far the favorite in the evening to win the duel tonight, but it remains to be seen how Luciano Spaletti will be able to prepare this game. However, I will bet on a positive result of the interiors that will give life on the ground for this qualification, but I do not think Marc Van Bommel’s PSV will be aside and certainly will not lose the game to more than one goal the difference being a quota to consider.