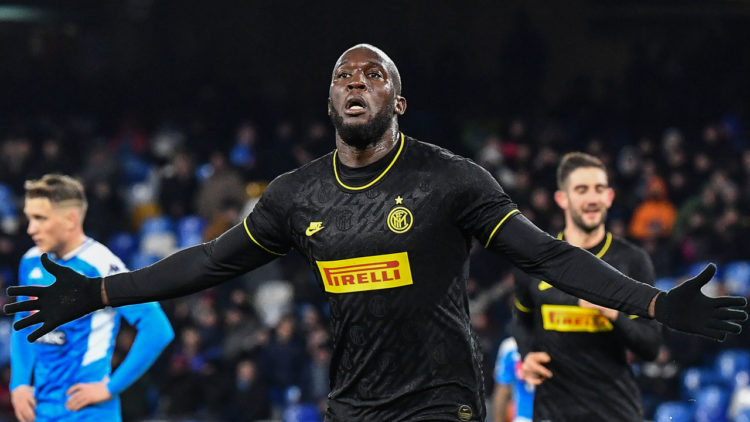 The round of 16 is now on the agenda in the Italian Cup, the Coppa Italia. Inter Milan is dealing with Cagliari and of course wants to solve this compulsory task. But that will not be easy, because this opponent has its pitfalls.

Nevertheless, Inter is an absolute top team and is still well positioned in the top group of Serie A. In addition, the Nerazzurri have a home game. These factors suggest that before the game Inter Milan vs. Cagliari our prediction is that the hosts will make the game victorious.

For Cagliari, the goal will be to keep the game open for as long as possible. The good sixth place in Serie A is a bit wrong with the current form, but more on that later.

At the weekend Inter Milan wanted to set an example in the Serie A title fight. The home game against Atalanta Bergamo should be a victory so that Juventus was not given the chance to take the top spot. But that didn’t work.

After a furious start with an early tour by Lautaro Martinez, Atalanta found itself in the game better and better. In the end, the game ended 1-1, for Inter Milan this meant losing the top of the table due to Juventus’ victory against Roma.

The bookmakers still see Antonio Conte’s club at the front, but Inter Milan vs Cagliari also the odds that indicate a home win. But Inter is currently not in top shape. Even before the short winter break there were small setbacks against Barcelona and Fiorentina, the game against Atalanta fits in well.

But why is that? The injury problem that runs through the entire season is of course a factor. Not many players are missing at the moment, but players like Sensi are not in top form either. In addition, the squad is still expandable. Young, Giroud and Eriksen are to be touched up in winter.

Much currently depends on Lautaro and Lukaku pulling the strings in the attack. Lukaku’s many single-passports are an important part of the offensive game. The clever Lautaro tracks also mix up the opposing defensive. If more is pushed from behind, there is more risk of scoring than against Atalanta.

With the return of Barella, the offensive game could well be pushed. That is also why Inter Milan vs. Cagliari’s look at the odds that over 2.5 goals will be scored.

Also Skriniar, who was missing against Atalanta, will probably return to the team and replace Godin in the defense center. The young Bastoni got used to it and showed his class at the weekend. With Asamoah and D’Ambrosio there are currently only two players missing, otherwise Antonio Conte can draw on the full. Alexis Sanchez is an option from the bank, in addition to Barella, Politano could also appear from the start.

19 games, 29 points and sixth place: Cagliari’s record is quite impressive this season. But in the last few games, the Sardinians have had to experience their first weak phase of the season.

Cagliari has been waiting for a win for five games and the last four games have all been lost. That didn’t change much at the good starting position, but you still have to get back on track. Before the game Inter Milan vs Cagliari It is difficult to predict an away win, and the odds are correspondingly high.

However, Cagliari does a good job. With away wins in Napoli and Bergamo and a draw with Roma, you could already be noticed several times in a foreign place this season. And in a cup game where everything is involved, there is often more in it anyway.

Because both teams have to play with their sights open at least from a certain point in time, a few goals are likely to fall despite the good inter-defense. Before the game Inter Milan vs. Cagliari is a prediction that both teams will score, not so absurd.

In coach Rolando Maran’s 4-3-2-1 system, a lot will depend on attacking players Joao Pedro, who has already scored eleven goals, and Giovanni Simeone. Both did not perform well in the last few games and remained without luck and goalless. That should change now, possibly with new player material.

But because of the tense personnel situation, not too much is possible. In the generally very thin Cagliari offensive, Pavoletti and Ragatzu lack two players, so that only Cerri or Birsa can be brought as a fresh impetus.

Inter Milan against Cagliari – this duel has been very common. Inter Milan won 23 direct duels, Cagliari only seven. The two teams drew 14 times. The league game this season went to Inter, who was able to win four of the last five direct duels anyway.

The statistics in Serie A this season also speak a clear language. Inter is one of the best home teams, has the best defense and plays very stable, has not lost any of the last seven games.

Cagliari scores fewer goals, collects significantly more and, above all, only brings average results to the field, even if there are small outliers upwards. Before the game Inter Milan vs Cagliari In addition to the odds, also indicate the statistics of a home win for the Conte-Elf.

In general, Inter Milan is the big favorite before the game against Cagliari. The shape is not ideal, but better. And the individual class is an important factor anyway, as is the home advantage. But every game has to be played first and if Cagliari succeeds in creating the compactness that was lacking recently, it could be a really tough opponent.

♦️ 16 goals conceded: Inter is the best defensive in Serie A!
♦️ Crisis: Cagliari has been waiting for a win for five competitive games!
♦️ Inter has been unbeaten at home since the beginning of October (1: 2 vs. Juve)!

But the team from Sardinia has to find a way as quickly as possible to get back in top shape. If this does not succeed, Inter will increase the pressure until one of the two dangerous attackers hits or a standard situation decides. Because of these omens, we recommend Inter Milan vs. Cagliari made a tip on the hosts.