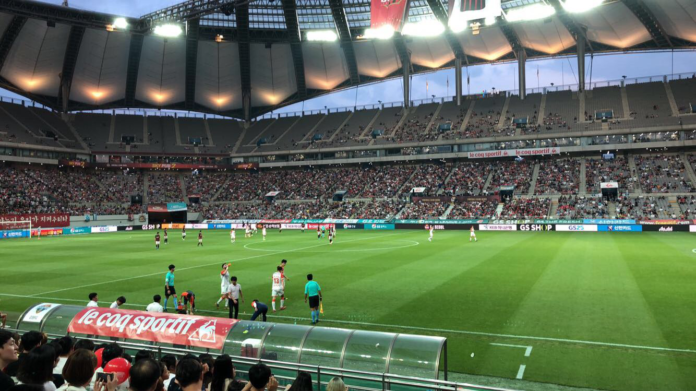 Sunday May 10, Gwangwon FC receives FC Seoul on behalf of the first day of the South Korean Championship. Both teams will want to start their season with a victory.

Gangwon FC finished the last season in 6th place in the ranking The fault, in particular, several last weeks of difficult competition since the men of Kim Byung-Soo have lost 3 of their last 4 days played against Ulsan (2-1 ), Pohan Steelers (2-2), Daegu (2-4) and Jeonbuks Motors (1-0). Like its opponent of the day, the club has not played since the beginning of last December.
3rd in the championship at the end of the regular season, FC Seoul qualified well for the final stages. Subsequently, the team, which finished with the same number of points as its nearest chaser, had to work to keep its 3rd place, qualifying for the Asian Champions League. Champions in 2016, the men of the capital will try to get closer to the big names, Ulsan and Jeonbuk.

The staff for Gangwon FC vs FC Seoul

On the Gangwon side, two players present in the squad defend the colors of the national selection. They are midfielder Lee Yeong-Jae (2 caps) and forward Kim Seung-Dae (6 caps, one goal). The latter arrived at the club this winter from the defending champions, the Jeonbuk Motors. Top scorer last year with 10 goals, Kim Ji-Hyun is still at the club as is regular Jae-Wan Cho (8 goals last year).
For FC Seoul, we can mention the presence in the South Korean selection of Ju Se-jong (29 years old, 26 selections) and Han Seung-gyu (23 years old, 0 selection). Serbian forward Toulouse striker Aleksandr Pesic finished the club’s top scorer in the league last year with 10 goals.

Key points for the match Gangwon FC vs FC Seoul

The match will take place behind closed doors.
The two teams have not played for more than 2 months.