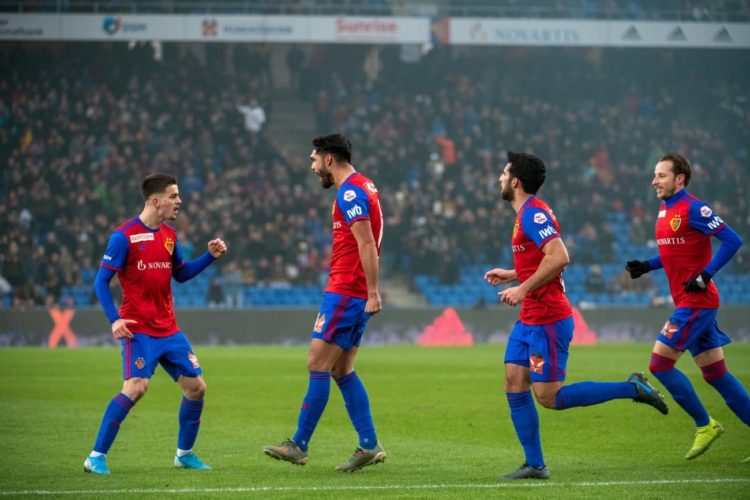 The Red Blues from Basel are already looking towards the knockout round of the Europa League. The team of Marcel Koller prematurely ended the ticket for the round of the last 32 on the fourth match day of the group stage with ten points. On Thursday evening, the last group match will take place, in which the FCB will welcome guests from Trabzon in St. Jakob-Park.

In order to avoid first-class opponents from the Champions League or group winners of the Europa League in the knockout round, the Basler still have to master the last home game against the Black Sea club, in order to fix the group victory. The second guard of Trabzonspor should cause the home strong FCB not too big problems.

The duel for the pole position in the Super League continues. FC Basel remain in charge of the home win over FC Sion and are only a single point behind the Young Boys from Bern. At the weekend now takes place the last competitive game in this calendar year. The team of Marcel Koller travels to Lucerne.

At the same time, the league leaders from Berne will meet from Lugano. If necessary, to punish a point loss of YB, the FCB is under pressure in Lucerne. During the week, however, it is time to master the home game against Trabzonspor, so as a group winners at least in the round of the last 32 to catch a supposedly simpler lot.

St. Jakob Park was a real fortress in this competitive season. The Red-Blue have remained unbeaten in all competitions over the past ten home games. Nine of the ten games were won, only played against Xamax FCB surprisingly only draw.

Last weekend, the team of Marcel Koller was particularly offensive. The joy of playing was also reflected in the result. Koller renounces on rotation and puts on the youngest starting eleven in the home game against Trabzonspor, a home win in Joggeli will hardly be at risk. At FC Basel against Trabzonspor are currently offered only odds of 1.23 for tip 1.

Trabzonspor is eliminated from the group phase of the Europa League. The Black Sea kickers have certainly imagined the international adventure this season differently, but already fought for the group opening with major injury concerns. So far, Trabzonspor won only one point in five group matches.

Already in the previous group match Ünal Karaman put in the Europa League mainly on a mixture of reservists and young players. That will not change anything against FC Basel.

Currently, the highest priority is the national competition, where Trabzonspor has played a strong first half so far. The five-year rating of Turkey plays a minor role for the Black Sea footballers.

The performance of the B-Elf was manageable in the last group game. Trabzonspor only lost 1-1 in the two-match home game against Getafe, but unlike the league games, they did not have any notable offensive actions. With a similar idea, a defeat in Basel will be difficult to avert.

Even a goal of the Black Sea kickers would be surprising in the Joggeli of FC Basel. Thus, it is also clear that we at FC Basel against Trabzonspor rather discourage a forecast on an away win.

The last two competitive games are scheduled for FC Basel this calendar year. In the Europa League, the red-and-blue want to fix the group victory in the joggeli before the away game in Lucerne is to be mastered at the weekend. As the guests from Trabzon are expected to compete again with a B-Elf, a home win in the Europa League should not be endangered.

Most recently, the FCB was in bearish shape anyway at home in Joggeli. Across all competitions, Marcel Koller’s team won nine of the last ten home games.

FCB has been unbeaten in the last ten home games across all competitions.
As in the group game before, Trabzonspor will compete with a mixture of reservists and youngsters.
With a home win over Trabzonspor, FC Basel can fix the group win.

To escape high-caliber Champions League and group winners of the Europa League, the last group game for FCB is groundbreaking. Therefore, we think the Swiss will have an expected home win at Joggeli and would recommend a tip on good betting odds on HT / FT Basel at FC Basel against Trabzonspor. Five units are used for this.