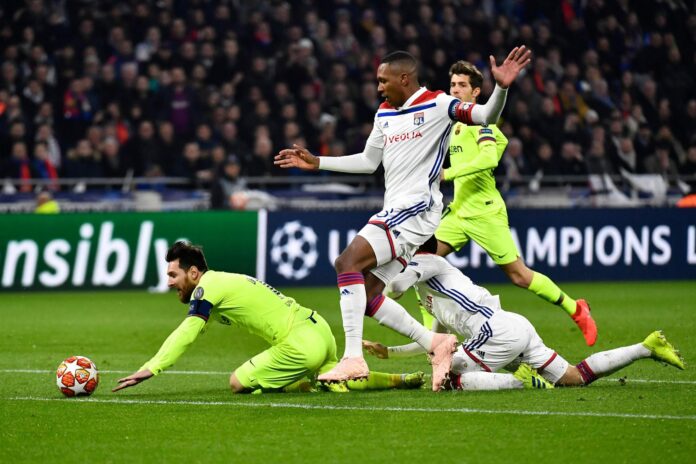 Olympique Lyon surprised FC Barcelona in the first knockout round of the Champions League with excellent defensive work. Will the underdog at Camp Nou manage the sensation?

Second leg match in Catalonia: In the fight for the Champions League quarter-final, FC Barcelona welcomes the French representative Olympique Lyon. The footballers from the Ligue 1 are considered underdogs – but not only in the first leg against Barca showed the team that it can keep up with the big ones. The question is: Is that sufficient to insist on Camp Nou or does Barca, as expected, bring the coals out of the fire in front of a native backdrop? 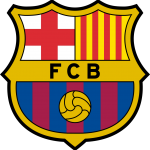 Barcelona: the form of the moment, the latest results, statistics

Large teams are characterized by the fact that they are in top form when needed. Anyone who believes in this credo can not help but count FC Barcelona as one of the very, very large teams.

Over the past few weeks, the Catalans have embodied the virtues of a victor at the highest level, above all in the Clasico’s double edition: Barca had to compete twice in the Lion’s Den at the Estadio Santiago Bernabeu. The record was as impressive as horrible: Two wins in four days, 4-0 goals – and a thick, international exclamation point.

Especially in the first game Barca showed the maturity of a champion. Real was playfully not inferior, even the agile team at the beginning, but the FCB proved in the exploitation of his chances so efficiently that in the end was a devastating 3-0 victory. In the second clash, the team contented themselves with only one goal to make the merciless double victory perfect (1-0). The match winner: Ivan Rakitic.

The successes in Madrid should have given the team a boost after they had not looked particularly good in Lyon before – at least on their own expectations measured: Instead of a victory, it set a dröge zero number, with Barca failed not only at Lyons strong defensive barrier, but also regularly at the own opportunity utilization. After the overall performance-friendly draw, the team is under pressure in front of a home crowd – but the confidence is great after the sensational Clasico week.

On top of that, Barca celebrated a successful dress rehearsal on the weekend: coach Ernesto Valverde was able to spare a number of high achievers against Rayo Vallecano, but it was enough for a relaxed 3-1 victory. In the domestic league, the team thus took another step towards the championship, whose achievement seems to be only a matter of time given seven points ahead. Alone: ​​Should you retire in the CL knockout round, then the championship title would be worth much less.

Valverde can meet Olympique on Wednesday evening with full strength, all relevant players are ready. Probably the most likely formation according to the current state is as follows: 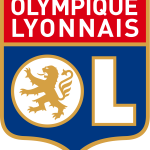 Olympique Lyon: the form of the moment, the latest results, statistics

Olympique Lyon is one of the most interesting teams in Europe this season. With individual talents such as Nabil Fekir and Memphis Depay as well as a sophisticated concept, the team has played an international role in the focus – and now it is important to just exist there. On the sacred lawn of Camp Nou.

With good defensive work and a lot of heart, the team turned out to be equal, especially in round one, with fast vertical play, the hosts worked out good opportunities – but they were all unused. Conversely, however, Barca was not able to exploit good opportunities, so Olympique scored a respectable 0: 0 on the bottom line.

After the CL-Kracher was Lyon for daily league routine on the program, which brought the team mostly successful: Against SM Caen (3: 1) prevailed sovereign, against the Toulouse FC even celebrated a shooting festival (5: 1). Only at Racing Strasbourg, the team did not come out over a 2-2 draw, which again opened up one of the great weakness of the French: the appearance in foreign countries.

The match in Strasbourg was already the third away game in a row that Lyon could not win. The highest defeat of the season, the 0: 5 against PSG, put it also abroad – while you could beat the Parisians at home (2: 1).

It is precisely this discrepancy between home strength and stagnation in the foreign region that should cost Lyon its head in Barcelona. Because it is clear: Unless Olympique in Camp Nou does not call absolute top performance, a progress is more or less excluded. And that the team after the last away appearances just caught in Catalonia a Sahnetag, but it seems quite unrealistic.

Lyon coach Genesio should trust his usual top performers and hope that they will pay back with a small football miracle. The following formation seems conceivable:

Of course, FC Barcelona is the clear favorite on Wednesday night. Although the hosts bit their teeth in the first leg three weeks ago at the Lyonnais (0: 0), but that does not change the fact that the Catalans put the clearly better squad – and play the clearly better season.

Lyon, on the other hand, can not rely on either its individual class or its current form in the argument. However, the French are happy that they have excellently performed against the crème de la crème: both Manchester City (2-1 and 2-1) and Paris St. Germain (2-1) Olympique this season already hit – so opponents of Barcelona’s collar size.

The fact that the French can repeat this feat just in Camp Nou, however, seems unrealistic. Not only did Lyon last in the league (2: 2 vs. Strasbourg), but the team is also in top form for a Barca: The Catalans have been unbeaten in 13 games, most recently winning twice in the Clasico against Real Madrid (3: 0 and 1: 0). The self-confidence and understanding that the team has pulled out of these victories, is likely to ensure the progress in the end – in addition to a certain decision maker named Messi.