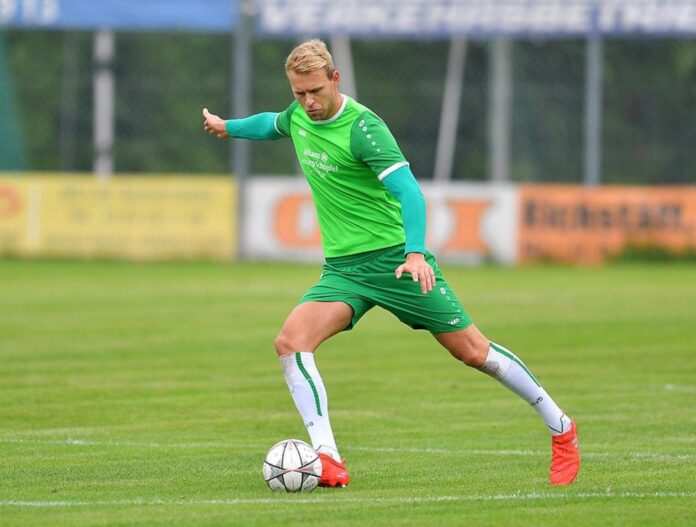 The 14th matchday in the Regionalliga Bayern will conclude with the match between Wacker Burghausen and Türkgücü Ataspor. The home side from Burghausen want to build on the recent momentum and book the third home win in series. In the last five games of the season, the Salzachstädter have lost only one game and go quite confidently in the home game against the second-placed.

The guests from Munich are among the narrow circle of promotion favorites and have, as expected, in the upper third of the table arrived. Only three points separate Türkgücü from first in Schweinfurt. The bookmakers favor dueling between Burghausen and Türkgücü Ataspor according to the odds, which should not be wondered at in the strong second leg of the season.

The hosts from the Salzsach city are at home but an unpleasant opponent. With a home win, the team around head coach Wolfgang Schellenberg wants to make up some places and continue to advance to the league leaders Schweinfurt. At Burghausen against Türkgücü Ataspor speak for a prediction on the Salzachstädter – in addition to the home advantage – also the recent defensive performance.

With only 14 goals conceded in the first 13 season games Burghausen is one of the most stable defensive in the Regionalliga Bayern. The three defeats to the season opener were coped well with the Salzachstädtern. Meanwhile, the team of Wolfgang Schellenberg has 20 points in the account.

In a competitive game in Bayreuth, there was only a goalless draw for the Schellenberg-Elf. It was a game that was characterized mainly by an excellent defensive work and in which chances were rather a rarity. The 0-0 draw was accordingly performance-oriented. The Salzachstädter conceded for the third time in the last five games no goal and could thus preserve their white vest.

“We know, of course, that next Monday we will meet a team that has taken a tremendous amount of money, who has by all means hired players from other clubs and whose goal is clearly the promotion. At the moment they lag behind in second place and we will do everything we can to keep it that way. ” – Wolfgang Schellenberg

A strong defensive work the Burghausener will also be in the home game against Türkgücü asked. At home, Wacker Burghausen has a home record of 3-1-2. Most recently, two home games were won in a row, in which the Salzach city scored a total of five goals. All season Burghausen has lost in the last eleven home games only twice in the Wacker Arena.

At home in the last two home games especially Sammy Amari showed in Torfreude. The striker of the Salzachstädter laced two times in a row a double and screwed his account thus up five goals.

Wacker coach Wolfgang Schellenberg will continue to be without Marius Duhnke and Christoph Schulz on Monday night due to injury. Lukas Aigner is still missing. If Burghausen prevails against Türkgücü Ataspor, a corresponding tip will be rewarded with lucrative odds.

The SV Türkgücü-Ataspor Munich wants in the third division. At the latest after the numerous investments in summer, this is no longer a secret. No other team in the Regionalliga Bayern has spent more money in the summer than the runners-up from Munich. In addition to well-known newcomers to the squad, the team also benefits from coach Reiner Maurer.

Maurer, who – in addition to coach stations abroad – also looked after 1860 Munich for years, has so far in his 16 games as Türkgücü coach a point average of 2.13. In summer, the change was well mastered and the intensive preparation, with test opponents such as Levski Sofia or Bayern 2, has shown that the team has quite potential for promotion.

After the strong start of the season, the goals of Türkgücü are clear anyway. Club president Hasan Kivran has set himself as a long-term goal promotion to the 2nd Bundesliga. Kivran, who kicked for Türkgücü even in his teens, lets his club play his contacts and brought numerous sponsors into the boat, which enabled the summer break to such an extent.

To further pursue the promotion goal, Türkgücü München wants to expand the winning streak and thus put pressure on league leaders Schweinfurt. With twelve goals conceded in the first 13 games of the season, Türkgücü – the same time Schweinfurt – the strongest defensive of the Regionalliga Bayern.

“We scored the 1: 0 with the first attack. In the second half, we did not have good access to the game in the first 15 minutes. Fürth had some good actions, but without being really dangerous. Our boys deserve the subsequent Wiesn visit. ” – Reiner Maurer

Three of the previous four point losses were for the team of Reiner Maurer on foreign terrain. Away Türkgücü has lost against Garching and Buchbach. Recently, there was a 3-1 win over Aubstadt in the foreign. In the recent home game, Türkgücü prevailed at home in the top match against the Fürth offspring with 2: 0.

Most dangerous player in the ranks of the table second is currently Patrick Hasenhüttl, the son of Southampton coach Ralph Hasenhüttl. With eight goals the Austrian leads the internal scorer list and is the second best scorer in the Regionalliga Bayern.

In the big squad of Türkgücü Robert Hettich, Franco Flückiger and Stefan Wächter also former Burghausen players can be found. In the away game in the Salzach city big changes in the starting eleven are not expected.

Since the Bayernliga season 1994/95, the two teams have not played against each other. The direct comparison between Burghausen and Türkgücü Ataspor has therefore little explanatory power for a prediction on Monday evening. In the only two duels almost 14 years ago, there was a 2-0 home win for the Salzachstädter and a 0-0 draw in Munich.

Only three points separate Türkgücü München from league leaders Schweinfurt. All the more important is the away match in the Wacker Arena for the team of Reiner Maurer. But the hosts from Salzachstadt have been in great form lately and have won their last two home games.

Wacker Burghausen was recently able to convince with a strong defensive work and has not conceded a single goal in three of the last five games. So that the strong Türkgücü offensive around top scorer Hasenhüttl is kept in check, it is now necessary to continue the recent achievements.

For the team of Wolfgang Schellenberg, the match against the second in the table is a real test of endurance. The guests from Munich are three points behind Schweinfurt, the leaders in the sights and do not want to take the three points. Accordingly, we expect a contested game in the Wacker Arena.

Our Burghausen against Türkgücü Ataspor aims for good odds on under 2.5 goals. Both defensives are among the strongest in the Regionalliga Bayern. We set four out of ten possible units.