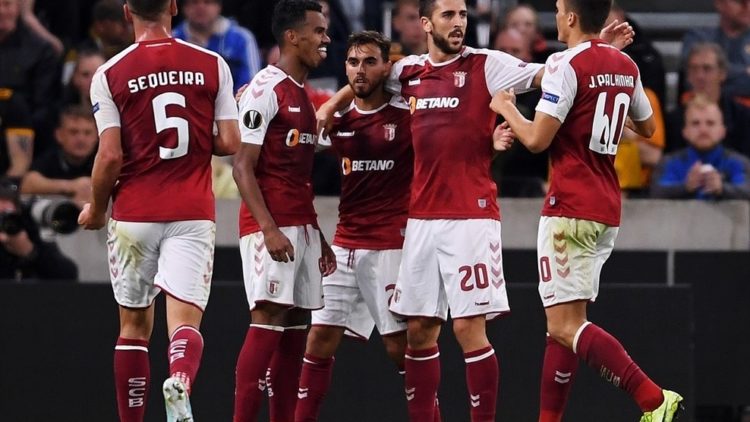 The Portuguese want to continue with their home strength and expand the group leadership with a home win over the Slovakian representatives. Last weekend, Braga prevailed in the domestic league against Portimonense and celebrated a successful dress rehearsal. The guests from Bratislava have warmed up with two impressive victories in the domestic league for the next EL task.

In the last three competitive games Slovan Bratislava has scored a total of 14 goals. The “Belasi” from Bratislava wants to take the momentum from the last games and also with the home strong Portuguese.

At Braga against Slovan Bratislava does not speak much for a prediction on the guests. Braga is an unpleasant opponent at home and has a lot of experience in international business.

In the last season Sporting Braga has surprisingly missed the entry into the Europa League. With two draws Braga had to say goodbye in the third qualifying round against Zorya Luhansk. This year it was better under new coach Ricardo Sá Pinto – at least on the international stage.

In the domestic league, Braga is ranked eleventh in the table and has just scored eight points. The last matchday saw a first success after five straight league games. In the 1-0 win over Portimonense the team of Pinto benefited but above all from the underdog of the opponent.

International is much better for Braga. After the successful qualification over Bröndby and Spartak Moscow there was also a successful group start. In Wolverhampton Braga won 1-0.

In the last few games, the Portuguese were not in the best of shape, but still go as a favorite in the game against Slovan Bratislava. At home Braga has lost only against Benfica in this competitive season. In addition to the home strength of the international competition speaks also the experience for the “Arcebispos”.

In the domestic Fortuna League it also runs around for Slovan Bratislava. With 25 points the “Belasi” is the leader. Overall, Slovan Bratislava scored 31 goals in ten league games and thus represents the strongest Slovak offensive. In this competitive season, the “Belasi” has scored at least one goal in every match across the competition.

Slovan coach Jan Kozak will be able to draw on the full again in the away game against Braga. Great changes are not to be expected from the manageable cadre of the Slovaks. Andraz Sporar, formerly with FC Basel and Arminia Bielefeld active, is the most important offensive man in the squad of “Belasi”. In all competitions, Sporar is already in eleven goals in 14 competitive matches.

The two teams meet for the first time in their club history.

The achievements of Slovan Bratislava have been strong so far. Already in the Europa League qualification playoffs, the “Belasi” had surprisingly eliminated PAOK Salonika and thus solved the ticket for the group stage. For the start of the group, there was also the home win over Besiktas. So Slovan Bratislava has recorded for the first time in the history of the club three points in the EL group stage.

In Braga the team of Kozak now expects a much more demanding task. The Portuguese have been particularly strong at home in recent years, scoring three points in Wolverhampton at the start of the group. Although the performance in the domestic league so far were poor, Braga is not to be underestimated on the international stage.

♦️ Braga lost at home to Benfica in this competitive season at home.
♦️ Both teams were able to win the group opener.
♦️ Slovan Bratislava has scored at least one goal in every competitive match so far this season.

The Portuguese are at home anyway in the favorite role. After convincing performance in Wolverhampton, Braga will not miss the home win at home. However, we would expect a balanced game and think that Slovan Bratislava can challenge the Portuguese.

In Braga against Slovan Bratislava is therefore given the betting odds, a tip on HT X / FT Braga recommended, for which lucrative odds are offered beyond the 3.00. We choose a moderate bet of four units.