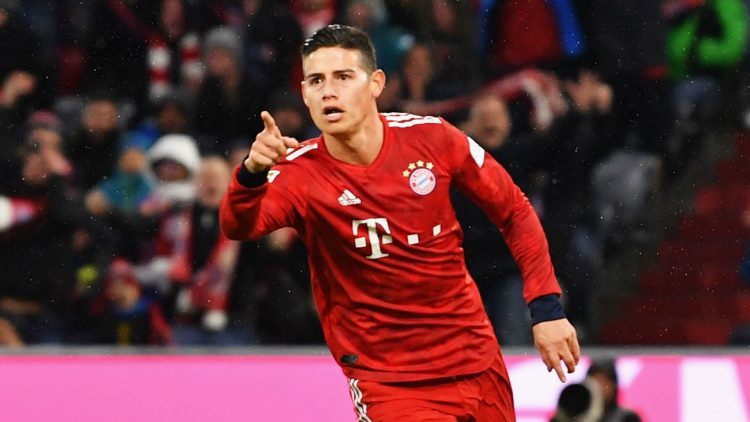 The phenomenon was once a nickname for a striker who was able to attract attention through exceptional qualities. What was at the time for the Brazilian Ronaldo, can today be transferred to the Poland Robert Lewandowski. For 40 years, the Bundesliga has seen no scorer who hits as successful and constant as the Bayern striker.

After two games Robert Lewandowski has already five goals on the account. Only Gerd Müller had already scored more goals after two matchdays in the 1977/78 season, 42 years ago. After the eternal Gerd Lewa is probably the striker who has dominated Bayern most, as a player probably even more than Karl-Heinz Rummenigge.
Actually, it would be enough with the adulation, but the Pole meets with Bayern on Saturday on a team against which he can also produce an impressive balance. In the last 13 Bundesliga matches Robert Lewandowski against FSV Mainz 05 scored fabulous 14 goals. In the match between Bayern and Mainz, a prediction seems to be almost without any alternative.

However, it will be more important for the record champions to make the next victory so as not to give the clubs in front an opportunity to extend their lead. With four points from two games Bayern are only in sixth place. Although it is not the hoped for the start of the season, but at FCB everything is still in the green.

You can not just say that in Mainz. Once again, Sandro Schwarz has a hard time, because after two defeats, the 05ers are currently in last place in the Bundesliga. The knockout in the Derby in Kaiserslautern was another bankruptcy that you do not need. Therefore, we would place in the match between Bayern and Mainz despite high odds no tip on a successful game of the guests.

Rather, we can imagine that it will be another bitter afternoon for the Rheinhessen, which may possibly, with a champion in play mood, end up really turbulent. A runaway victory of the home side should not be ruled out.

Of course, the Bavarians, as always, even in these days on everyone’s lips. Rumors of a transfer from Ante Rebic to the record champions are also rumored, as well as the continued open departure of “foreign body” Jerome Boateng. But that’s not as interesting as what can be heard from the boardroom of FC Bayern Munich.

Uli Hoeneß will retire as president of the Bayern. His place as Chairman of the Supervisory Board will be the builder of FC Bayern. According to reports, he will remain with the Munich residents with a normal seat on the Supervisory Board. Hard to imagine that the big decisions will be made in the future without Uli Hoeneß.

Bavaria’s former Prime Minister Edmund Stoiber makes clear in one sentence what importance Uli Hoeneß has for Bayern and calls him the soul, the head and the heart of the FCB. On Friday then the bang: the new strong man of FCB is Oliver Kahn!

But let’s get to the sporty aspect. The Bayern have not completely convinced this season, but not lost in the last three games.

The guest appearance on Schalke showed, however, that the Munich are quite vulnerable. Although the Munich supposedly won 3-0, all hits went to the account of Robert Lewandowski, but Schalke had been in the meantime upper water and set the Bayern with an enormous mentality properly. Accordingly, we expect the Mainz on Saturday in a similar role.

However, Bayern plays at home and we can even imagine that the 05ers are completely shot from the stadium.

“Uli Hoeneß is the soul, the head and the heart of Bayern, you can not replace one to one.” – Edmund Stoiber

In the duel between Bayern and Mainz to use the odds on a handicap victory, maybe even -3.5, we think that is not inappropriate. The question will be whether Philippe Coutinho will be allowed to play from the beginning.

Apparently it is only a matter of fitness for the Brazilian, if he can form the tempo trio of FCB with Kingsley Coman and Serge Gnabry. For Thomas Müller then only a place on the bench. Leon Goretzka is still the only player to have been injured, but he started his team training and could be an alternative on Saturday.

Mainz how it sings and laughs – that was once. Currently there is not much to celebrate at the Rheinhessen, because the start of the season for the 05er could not have been worse. Two defeats in the Bundesliga mean 18th place. Added to this is the bitter loss of the Cup in the derby at 1. FC Kaiserslautern, when, on the side, their own fence flag was burned down.

The Mainz still remain calm and have analyzed the situation in detail instead. Apparently they have come to the conclusion that they lack a leader, a man with a stable smell, who has already experienced big days in the 05ers. In short, Adam Szalai was brought back from TSG Hoffenheim during the week.

It’s the comeback of a Bruchweg boy. Legendary were the appearances a good ten years ago when Adam Szalai, Lewis Holtby and Andre Schürrle celebrated their goals as a boy band. Maybe the Hungarian attacker brings a little shine back into the booth. However, we are holding back from the duel between Bayern and Mainz with a prediction that this could already work on Saturday.

Last weekend, it looked initially as if the false start to the new season could still be averted. Against Borussia Mönchengladbach Robin Quaison brought his colors after less than 20 minutes with 1: 0 lead. The Mainz were at least equivalent and yet kidnapped the Borussia with a 3-1 away win the three points.

It’s time to celebrate this season’s first sense of achievement. With an away game in Munich, the task could not be more difficult.

“Szalai is exactly the right player, who not only complements but leads us. He’s bringing the whole group forward. ” – Rouven Schröder

This is exactly where the point of hope, which sports director Rouven Schröder is putting into his new acquisition, starts again. Adam Szalai is to lead the Mainz with his experience and to advance.

We assume that the Hungarian will play on Saturday from the beginning. Karim Onisiwo must be on the bench. Sandro Schwarz will have to do without injured players in Munich. Among others missing Stefan Bell. Dong-Won Ji, Jean-Philippe Mateta, Philip Mwene, Aaron Seydel and also the comeback of Jerry St. Juste has been postponed.

To date there are between FC Bayern and Mainz 05 a total of 28 games to book. The direct comparison is of course a clear matter for the record champions. After victories the Bavarians are ahead with 21: 4. Three duels ended in a draw. In the last 15 Bundesliga games against Bayern Mainz could win only once.

Under Sandro Schwarz, the 05er conceded four defeats against the record champions. The 2: 1 victory in Mainz last season was still a bit short for Bayern. In mid-March they swept the Mainz but with a 6-0 from the Allianz Arena. Robert Lewandowski, Kingsley Coman and Alphonso Davies met once each. Outstanding was James Rodriguez with three goals.

It could well be a tragic afternoon for the Mainz. Sandro Schwarz has not yet found a recipe how he can get the Bayern. Under his direction, the 05er conceded four bankruptcies against the FCB. In general, Mainz has won only one of the last 15 duels with the Munich team.

In addition, the question arises of who is in a position to put Robert Lewandowski in his place. The Pole meets almost at will this season and has already scored five goals after two games. In addition, he has scored 14 goals in 13 Bundesliga games against FSV Mainz. In the duel between Bayern and Mainz seems a tip to passable odds on a hit of Poland appropriate.

Robert Lewandowski is also a candidate who not only scores most Bayern goals, but is often responsible for the first goal of the record champions. Therefore, we use the betting odds in the duel between Bayern and Mainz that Robert Lewandowski the Munich 1-0 in the lead shoots.