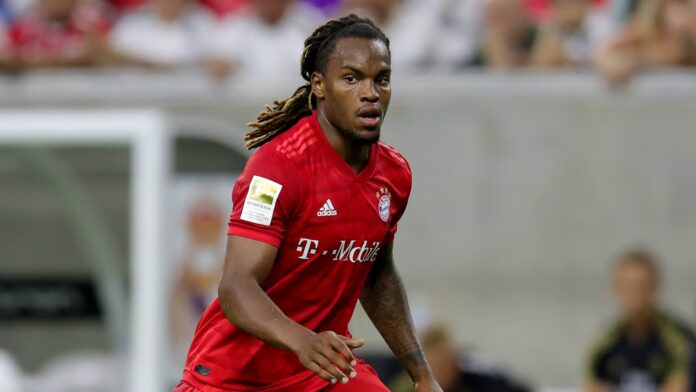 The importance of Italian football has declined significantly in the last decade. This is mainly because there is no other team besides Juventus, which causes international sensation. Not for nothing was the old lady in the preseason for the eighth time in series Italian champion. Sure, with Bayern, this is not much different in the Bundesliga. However, at least occasionally clubs made with Dortmund or Frankfurt in recent years for a few positive headlines.

It must also be said that the Bundesliga lost in comparison with Spain and England. The commitment of Cristiano Ronaldo was a real stroke of luck last season – not just for Juventus, but for the entire Serie A, which will receive much more attention. If now the old traditional clubs would find back to former strength, then the Italian football would be on the rise again. With the “old traditional teams” in particular the Milanese and Roman clubs are meant.

Inter played in the past season at least in the Europa League for a while before it was the end against Eintracht Frankfurt. In contrast, AC Milan has only been a shadow of its own for years, and it has little recollection of the star troupe of Pirlo, Nesta or Shevchenko, who not long ago dominated the Champions League. Now followed the previous low in the club’s history. Despite fifth place in the table, the Rossoneri must not compete internationally in the next season. This is due to violations of financial fair play.

In addition, club legend Genos Gattuso has thrown as head coach. Now it has to be a complete rebuilding, which should be started on Wednesday. At the meeting between Bayern and AC Milan, the odds speak clearly for the Munich. No wonder, the Kovac team has already played two games in the Champions Cup and is thus a little further in the preparation. 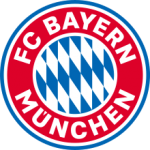 In the sweltering heat of Houston, FC Bayern Munich are preparing for the upcoming season. The goal was not only to defend national supremacy in the Bundesliga, but above all to have more international connections to the English and Spanish clubs. For this, the record champion has already taken a bit of money in hand and, above all, retrofitted with defensive Pavard and Hernandez. Offensively, one or the other new addition will be presented.

While Hasan Salihamidzic drives the squad plans, Niko Kovac focuses on working with his current squad. So far, two matches have been played in the States in the Champions Cup. Against Arsenal London, there was initially a 1: 2 defeat at the start, in particular, in the newly formed four-chain not everything worked. In addition, there was a lack of opportunity evaluation, which worked against arch rival Real Madrid already much better.

The 3: 1 against the Madrid was therefore earned and a small sign to the international competition, that is to be expected with the Munich. Robert Lewandowski met as against against the Gunners. In addition, Tolisso and Gnabry were accurate. In front of more than 60.00 spectators Niko Kovac renounced the use of the very young players this time. Of course, he still rotated properly and wanted to give as many actors as possible game practice.

How his approach to Milan is will be seen. It is conceivable that at the beginning he sends a best team on the pitch and then lets the youngsters play again at halftime or in the course of the second half. Therefore, it may be better to conclude a hint between Bayern and AC Milan on a half-time lead of the Germans as to a success after 90 minutes.

AC Milan is on the ground. The resignation of club idol Gennaro Gattuso and UEFA’s announcement that Milan will be banned from the European Cup for financial fair play violations were two real hits for the traditional club. Marco Giampaolo now takes over the demanding task of rebuilding the club and leading it to its old strength. The 51-year-old comes from league rival Sampdoria Genoa. He receives support from Paolo Maldini, the former defense star of Rossoneri, who now works closely with his former teammate Zvonimir Boban as Technical Director.

This triad is facing a great challenge. That the charisma of their club is still very large, can be seen from the fact that Milan is at the prominently occupied Champions Cup at the start. The three upcoming games are the first friendly matches in preparation. The Serie A starts after the Bundesliga, which is why the Italians have a little more time in preparation than for example Bayern Munich.

For one, the players may be a little bit fitter and fresher. On the other hand, they should lack just in the first duel the practice practice and the rhythm, so it is not surprising that between Bayern and AC Milan, the odds on the part of Italians are very high. Also in terms of quality, Giampaolo’s troop is clearly inferior and it would be a surprise if Milan could at least fight a draw against the German champions.

In the squad planning is currently not very much or can not do much. In order to bring the economic imbalance back in order, transfers are hardly possible. One of the few candidates is the Wolfsburg wing racer Josip Brekalo, which should be on the wish list of Boban and Maldini.

Between Bayern and AC Milan, it is difficult to prediction using direct comparison. The clubs met in the recent past often, but always in the context of test matches at the Audicup or Champions Cup. No wonder, because the Italians were almost never in the premier class at the start. The last competitive game is back more than a decade.

In the quarterfinals of the Champions League season 2006/07, the clubs met each other. After a 2: 2 in the Sann Siro Milan won at the Allianz Arena 2-0, and then a few weeks later to secure the title to date in the premier class. Scorers were then Filippo Inzaghi and Clarence Seedorf – two names that remind of the good old times and have little to do with the presence of the Rossoneri.

If even a Gennaro Gattuso, to whom his heart’s association is very important, throws out before the end of the contract, then it is clear that things are going a lot wrong at AC Milan right now. After being knocked out of the European Cup by the UEFA penalty, the Champions Cup brings at least a little international flair. The new coach Marco Giampaolo wants to use the games in North America to prepare his team as best as possible for the new season. Since Milan denies its first game ever since the end of May, it can be assumed that the Munich in their preparation is already a bit further and therefore rightly act as the clear favorite before this game.

Of course, as always in such a test match, the question arises, with which staff the coaches send their teams on the lawn. Especially with Niko Kovac this is crucial, if a correct tip should be selected. After the win against Real he will bring his best team only partially. A possible theory would be that at break, as in the first game against Arsenal, his team completely exchanged and also gives the young players minutes of operation. This would be between Bayern and AC Milan a prediction in the direction of the Munich endangered.

♦️ Milan is facing the first game since late May, while the Bayern are already in the middle of preparation
♦️ The Munich have offensive so far very convincing, while the Italians have yet to find a new coach and little match practice
♦️ Niko Kovac will possibly start the rotation machine again at break

A tip on a half-time lead by Bayern against AC Milan with higher odds appears as the better option. If Lewandowski, Gnabry and Co. build on their good performance from the Real game, then the German record champions against the Italians all trumps in the hand, to be within 45 minutes in the lead. Whether this guide then still exists after 90 minutes depends, as mentioned, on the rotation.

The Rossoneri will certainly also exchange strong, to give in the first game since the end of May as many players in the squad deployment times. A footballing treat like against Real is not expected in the night from Tuesday to Wednesday, which is why the option Under 2.5 goals is a good alternative to the tip on a half time lead Bayern. The stake is five units.