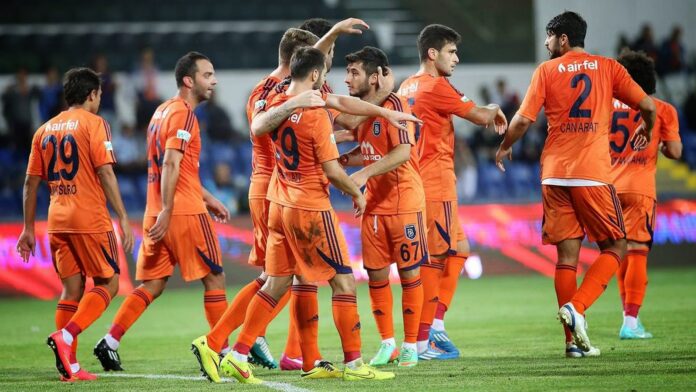 Exciting title races seem to be pre-programmed in the Süper Lig. It is quite possible that there will be no preliminary decision in the title race as in the previous season until the last matchday in the Süper Lig. After the point losses of championship leader Basaksehir Galatasaray could move up to three points. Also third in the table Besiktas now pays chances to join with a bit of luck in the title race after all. In the home game against Göztepe Basaksehir has no room for error. If the league leaders are again points, Galatasaray can equal on this matchday.

In the decisive season, of all things, Basaksehir puts points in front of a home crowd. With Rizespor, although one of the strongest back-round teams of the Süper Lig received, but this must not be an excuse for the Avci-Elf to leave at home against the Black Sea club points. On the way to the championship, the league leaders at home should not allow such a misfire. Basaksehir has never been closer to winning the title than this season. On matchday 30, the leader of the relegation team Göztepe will be welcomed. Guests are in dire need of points in the table cellar and will demand everything from Basaksehir. If the guests take points from Istanbul, at Basaksehir vs Göztepe on a corresponding tip lucrative odds can be tapped. Friday night the match of the two clubs will start at 19:30.

The whole hype around Basaksehir as the fourth top club in the Süper Lig can soon be history. Should Basaksehir also lose the championship this season, leaders would be hard to hold in the coming season, especially since the Champions League qualifying will not be an easy task. Already at the Europa League qualification Basaksehir departed without singing and without sound at the beginning of this competitive season. Rumors that Abdullah Avci may be Besiktas’s coach in the next season have been denied, but many Turkish football experts have not ruled that out.

In a strong defense, the quality of the table leader’s game can be seen. But just like in the years before, the team does not seem to get along with the final spurt in the title race. Three points have been lost in the last five games. With that, pursuer Galatasaray was able to move further and probably stay tuned until the showdown against Basaksehir. Strong season or no, if Basaksehir does not improve significantly in the upcoming games, the championship lead will soon be history. At home, the Avci-Elf has so far recorded a score of 9-4-1. In the 14 home games were conceded just seven goals.

The recent form of Basaksehir, however, shows that the whole statistics have little meaning. Göztepe may look like a supposedly easy opponent, but the Izmir club will be in a great fight against the league leaders in the current crisis. A similar performance as against Rizespor Basaksehir will come in the match against Göztepe expensive. The strong teamplay of the team, the point losses in the past five games were not really foreseeable. Only the Derbypleite against Besiktas was partly to cope, even if Basaksehir has presented quite solid in city rivals. Apart from Alexandru Epureanu, Avci can make the most of everything. Anyway, the squad is quite solid, which is why failures in the league leaders can be compensated with ease. Last time, Basaksehir was not in the championship form. In Basaksehir against Göztepe but much speaks for a prognosis in favor of the home side, especially since the guests in addition to the weak form also have numerous failures to complain.

In the second season after the rise in the Süper Lig, the adventure of Göztepe seems to come to an end. The Izmir club have since the change of coach at the beginning of the new season barely gain a foothold and went down especially in the second half downright downright. In a back round balance of 1-2-9 and a goal difference of 8:18 Göztepe was the worst Süper Lig team in this calendar year. Tamer Tuna recently took over the team and should make it into the league with Göztepe. In the promotion season coach Tuna had established his team as Süper Lig team, since his departure last summer, it runs at Izmir club but not around.

On the penultimate place in the table the relegation battle is getting tighter and tighter. Taking three points with the leaders would be like a blessing for the Tuna team. But even the minimal point win in the strong home league leaders would be pleasing for the Izmir club. Göztepe was only able to score points away from home in three games this season. With a score of 2-1-12, only Akhisarspor was worse off on foreign terrain.

Numerous players will lack Tamer Tuna in the duel against the leaders. Öztekin, Agbenyenu, Ghilas, Gassama, Kadu, Cinemre, Kesgin and Traore will be hard to replace on Göztepe’s side. Especially in the offensive, it will be extremely difficult for the Izmir club to cope with the defeats against the defensive bulwark of the table leader. Tamer Tuna will therefore probably prefer a defensive-oriented game system in order to take at least something countable from Istanbul. Whether the Göztepe coach will succeed, remains questionable after the recent performances of his team.

For the tenth time the two clubs will face each other in their history. Basaksehir and Göztepe met three times in the Süper Lig. All three duels could win Basaksehir. The recent first-round win over Göztepe was the fifth Basaksehir victory in succession against the Izmir club. Since the 2003/04 season Göztepe could not win against Basaksehir. The last victory was then in the second Turkish league. If Basaksehir prevails against Göztepe in the fourth Süper Lig duel, odds of 1.27 on a corresponding tip can be tapped.

Basaksehir vs Goztepe Our Betting Tips and Predictions Explained

Basaksehir has not been in good shape recently. The battered table penultimate comes the leader of the table under the current circumstances right. With the offensive failures Göztepe the strong Basaksehir defensive will not be a major threat. Although the team of Tamer Tuna urgently needs points in the relegation battle, speaks at Basaksehir vs Göztepe hardly anything for a prediction in favor of his team.

⭐️ In the away game in Istanbul Göztepe coach Tamer Tuna has eight failures to complain.
⭐️ Basaksehir won only two of the last five league games.
⭐️ Basaksehir represents the strongest defensive of the Süper Lig and conceded only 16 goals in 29 games.

To take something countable, Göztepe will stand low and put the focus more on the defensive game. Even a goal of the table penultimate would be a big surprise, especially as Göztepe has one of the worst offensives Süper Lig and is well served with the failures. We expect a comfortable win to zero the home side and put on five units. In case of success beckons at Basaksehir vs Göztepe betting odds of 1.95 on a corresponding tip. 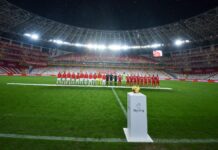 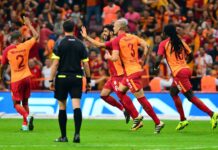 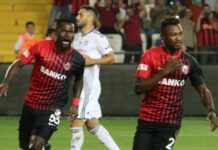