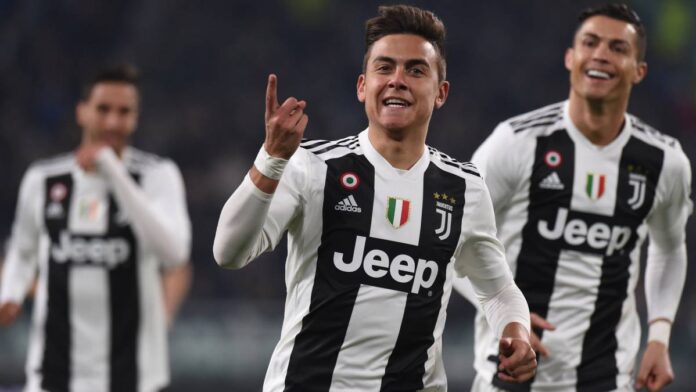 Both teams are hoping to make a comeback result as early as possible.

With 4 wins, one draw and one defeat, Atletico Madrid finished 2nd in their qualifying group, behind Borussia Dortmund on goal difference, and ahead of Brugge and AS Monaco. Easy winners of Monaco (1-2 and 2-0), Antoine Griezmann’s partners also dominated, on their ground, BVB (2-0) and Brugge FC (3-1). On the other hand, they were held in check in Belgium (0-0) and fell heavily in Germany (4-0). In the league, the Colchoneros are third in the standings and are 7 points behind the Barcelona leader. But the Madrilenians remain on 2 defeats in a row, against Betis Sevilla (1-0) and against Real in the Madrid derby (1-3).

Impressive in its national championship where it ranks largely in the lead, Juve has not so marked the spirits in the Champions League. If she still finished first in her group in front of Manchester United, Valencia and Young Boys Bern, the Old Lady was defeated twice. On his field first by the Mancunians (1-2) then on that of the Swiss to the surprise (2-1). Despite this, Cristiano Ronaldo’s partners are undefeated in Serie A and are positioning themselves as one of the serious candidates for the title. However, the Turinese were largely dominated in the Italian Cup by Atalanta (3-0) and were held in check on their ground by Parma. Last weekend, they set the record straight by winning in Sassuolo (0-3).

The staff for Atlético Madrid vs Juventus

A lot of players miss the call for Atletico Madrid: Koke, Diego Costa and Savic.
The defensive sector of Juventus will just have to compose without the little used Barzagli. Also note the package of the winger replacing Cuadrado.

The expected teams for Atlético Madrid vs Juventus

The expected composition of Atletico Madrid:

The expected composition of Juventus:

The history of confrontations Atlético Madrid vs Juventus

The only confrontation between these two formations took place during the group stage of C1 2014/2015. Atletico Madrid had won at home (1-0) and brought a valuable point from Turin (0-0).

The key points of match Atlético Madrid vs Juventus

– Back from injury since Saturday only, Bonucci and Chiellini could miss rhythm.
– Cristiano Ronaldo knows how to sublimate at any moment in the Champions League, he who is the top scorer in the history of the competition (122 goals).
– Antoine Griezmann has scored 8 goals in the last 10 games in which he participated.
– Atletico is undefeated on his court in C1.PRONOSTICS 1N2 OF MATCH ATLETICO MADRID JUVENTUS

Very comfortable in his stadium, Atletico can take an option on qualifying by winning against Juve.